A shaky amateur video plunged Toronto into its worst modern scandal and unleashed months of political turmoil. Now that it is finally in the public realm, free for all to see, the images that caused such a stir seem more sad than shocking.

Dressed in a white shirt rolled up at the sleeves and open at the neck, Rob Ford sits waving his arms and babbling incoherently. He draws on a pipe. A shaft of light hits him in the face, but he is so intoxicated he barely notices. In a moment of awareness, he seems to twig that the camera in the hand of one of his companions may be on. The video ends abruptly.

We all know what happens next. People try to sell the video, hoping to capitalize on the revelation that the mayor of Canada's biggest city smoked crack. The Gawker website publishes the story. So does the Toronto Star. Mr. Ford insists he does not use crack, calls the claim ridiculous and says he can't comment on a video that "I have never seen or does not exist." The chief of police confirms that it does, in fact, exist. Mr. Ford admits he used crack, probably in a "drunken stupor." And on and on it went.

The whole bizarre episode seems a bad dream in retrospect. Mr. Ford is gone, a victim of the cancer that killed him on March 22. The city's politics have returned to their usual torpor. To look at the video now seems like looking into a dark closet whose door we shut long ago.

Most knew what was in it anyway. The first reports about it sketched out the basics. It was shown in court later but not released. Now the dismissal of an extortion charge against Ford friend Sandro Lisi has led to the lifting of a publication ban.

The video is hard to watch. Here was a man who had achieved his professional dream, and here he was throwing it all away. Mr. Ford spent 10 years as a cranky city councillor who no one would have called mayoral material. Then, in a run that surprised the whole country, he came from behind to win the 2010 contest for mayor. Thousands loved him. (Thousands still do.) But evidence of personal dysfunction kept leaking out. Whatever demons or addictions were haunting Mr. Ford caught up with him.

Ford supporters are still claiming he was the victim of a conspiracy. The way they see it, the fact that the long and costly prosecution against Mr. Lisi led to nothing more serious than the imposition of a peace bond showed that authorities were on a crusade against Mr. Ford that sideswiped his friend. "We've said from Day 1 it's very political and I guess this proves it," his brother, Doug, told the CP24 television station.

There is not a scrap of evidence for such an assertion. No one has shown any proof at all that the investigation was ordered or directed by some shadowy political figure or dark conspiracy. Police and prosecutors were simply doing their job when they started looking into Mr. Ford and friends.

The Fords threw around conspiracy claims from the beginning of this tawdry episode. They said a hostile media were out to get them. Doug Ford said the police chief at the time, Bill Blair, was playing "judge, jury and executioner" and trying to put "a political bullet right between the mayor's eyes."

The release of the crack video should help put the conspiracy theory to rest. The video is out there for all to see. The old claim that this was merely a private matter – who among us is without sin, and so on – has been put to rest, too. We know now that Mr. Ford's private conduct was slopping over into his public life and affecting his performance in office.

It wasn't a political conspiracy that brought Mr. Ford down. It was his own reckless behaviour. As sad as the video is, it is right that the city should finally have a chance to see the proof. 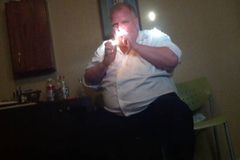 The Ford family name is still as good as gold in Etobicoke North
July 20, 2016 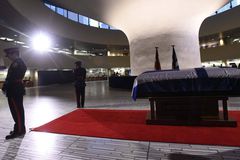