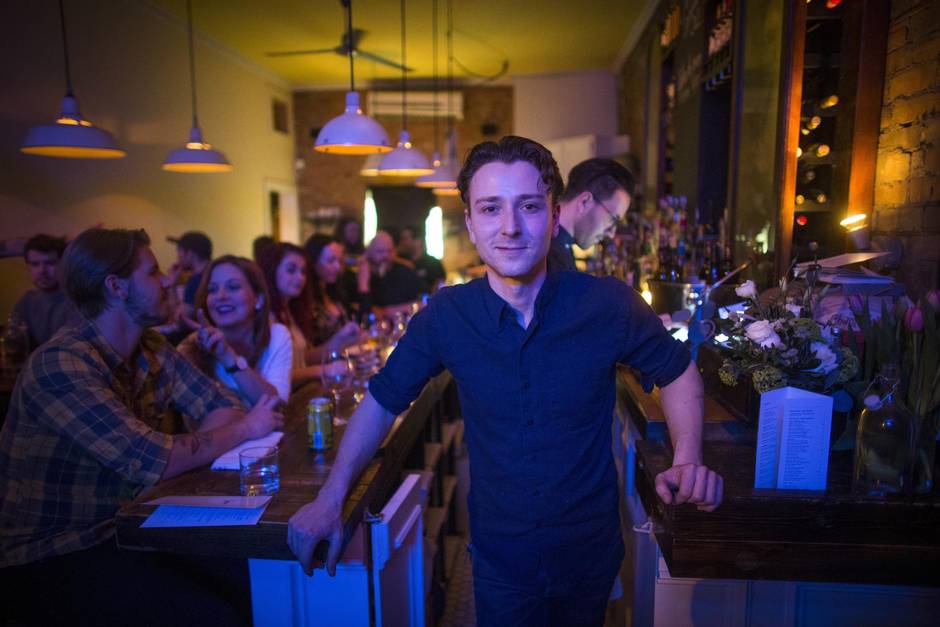 Jacob Wharton-Shukster, as is his afternoon ritual, was taking a break at Capital Espresso, the Parkdale coffee shop a block away from his restaurant Chantecler. But lately, there has been no escaping his work. Over and over again, over the course of an hour, as Mr. Wharton-Shukster sipped on a cortado, friends and regulars came up and asked, eagerly, “So when are you reopening?”

After months of uncertainty surrounding its future, Chantecler reopens this weekend. More important, for Parkdale residents who have made it their beloved local, Chantecler is here to stay – a notable feat in a neighbourhood still grappling with the reality of a city-imposed restaurant cap.

It all began last fall, when Mr. Wharton-Shukster and his business partner, the chef Jonathan Poon, put the restaurant up for sale after four years. There was even a buyer lined up.

“It just wasn’t viable to keep going as is,” he says of the partnership that began when the two were in their mid-20s. Mr. Poon had already struck out on his own in 2014 with Bar Fancy, which he opened east of Dufferin Street, along Queen. “I think it was a difference in our goals and what we wanted to achieve,” says Mr. Wharton-Shukster, now 29.

In the restaurant scene, Mr. Poon’s Chinese-tinged cooking – both his tasting menu and ever-popular lettuce wraps – was the main attraction here, earning a three-star review from Globe critic Chris Nuttall-Smith in 2013. Regulars, though, had fallen even harder for the welcoming way Mr. Wharton-Shukster runs the place. 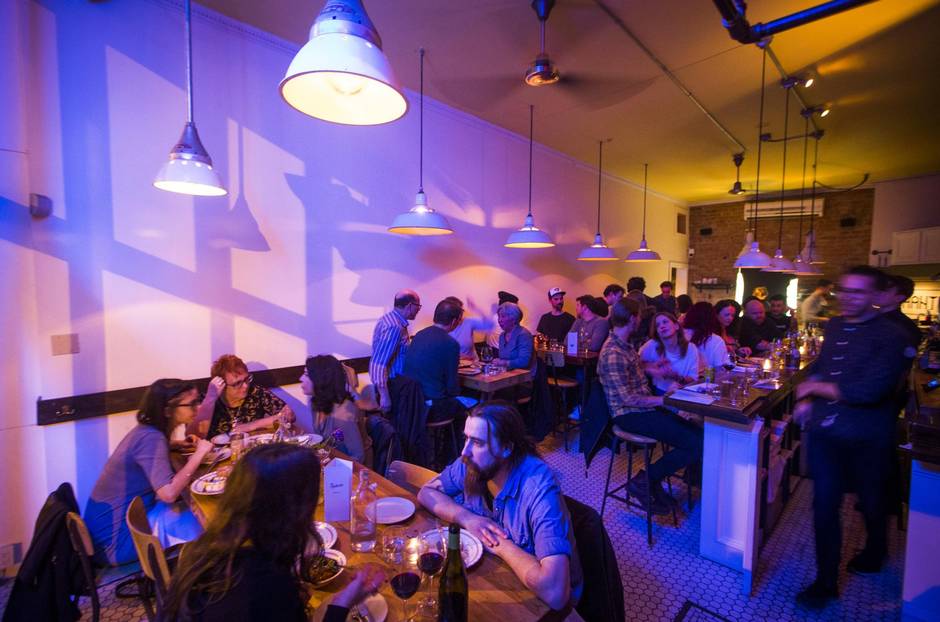 People eat at Restaurant Chantecler in Toronto. (Mark Blinch for the Globe and Mail)

“The biggest thing that people talk about is just the heart and soul,” says Liz McHardy, who has frequented Chantecler “countless” times.

Ms. McHardy moved to Parkdale from Burlington about two years ago to be closer to work. She remembers first visiting Chantecler with a girlfriend and being taken by the friendliness of the staff that night. “So I started walking by and I would wave to them and they would wave at me.”

One Sunday soon after, she decided to go for dinner by herself. “I went and sat at the bar and that was it. I’m chatting with Jacob, these people, it’s awesome – I’m coming back next Sunday. That’s how it started.” Like any good local, dining eventually becomes less of a formal occasion, and more like a second home that you drop by for a quick drink and chat.

“It’s become an anchor in the community,” Ms. McHardy says.

Mr. Wharton-Shukster says his vision for Chantecler was in his head for a while, “but I just wasn’t sure if I had the energy. A place like this, you kind of need to take a breath of fresh air.” Part of that breather was a recent trip to France with friends from the industry.

Earlier this year Mr. Wharton-Shukster made the decision to buy out his partner and hold on to Chantecler. “I just didn’t feel like my work there was done yet. It’s just time to do something greater and exciting and fun.”

He was also fuelled by the outpouring of support he received from the community to stay open. But how does a Chantecler wholly owned by Mr. Wharton-Shukster look – or taste? 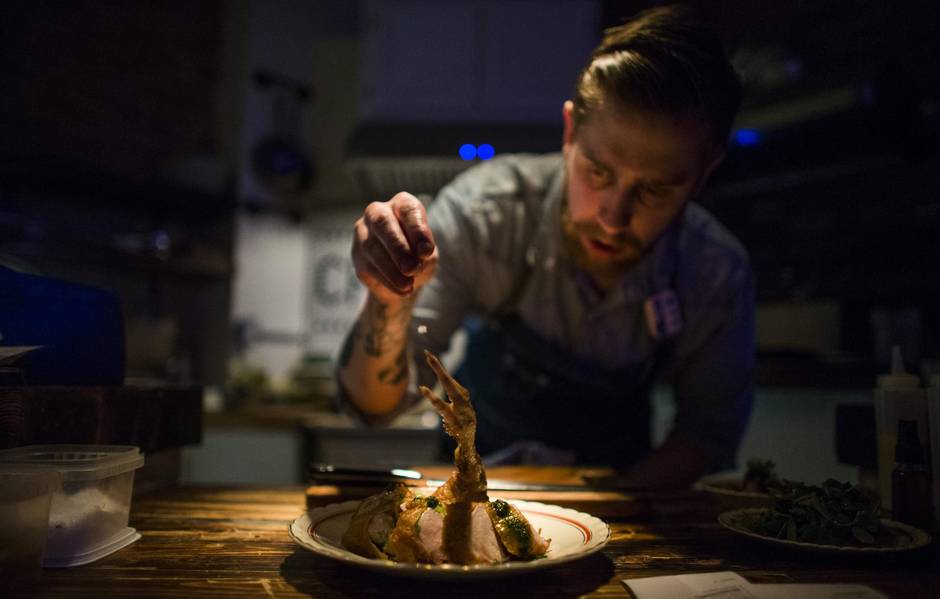 The room remains familiar; Mr. Wharton-Shukster has kept the rustic French decor mostly as is. The closing was to overhaul the kitchen and basement.

For an idea of the food, thumb through Julia Child’s Mastering the Art of French Cooking, Volume Two, a worn copy of which Mr. Wharton-Shukster read while developing the new menu. And to see him light up, one need only mention Montreal’s Restaurant L’Express, the throwback French bistro – “it’s so old school, open late, an old-man waiter place” – that holds the greatest influence over this refresh.

“By doing something that is quintessentially so uncool, so free of vegetable ash, we’re completely out of restaurant trends now,” Mr. Wharton-Shukster says. “We feel free to try stuff that’s just delicious.”

But the food, to an extent, is beside the point in order for Chantecler to thrive.

“Chantecler is a culinary destination, but it’s also a neighbourhood restaurant, and I think that’s how we’ve managed to stay open and relevant,” says Mr. Wharton-Shukster, who lives in the southern part of Parkdale, off King Street.

People have told him that the area, which has seen Porzia and Small Town Food Co. shutter, can’t lose another important fixture. 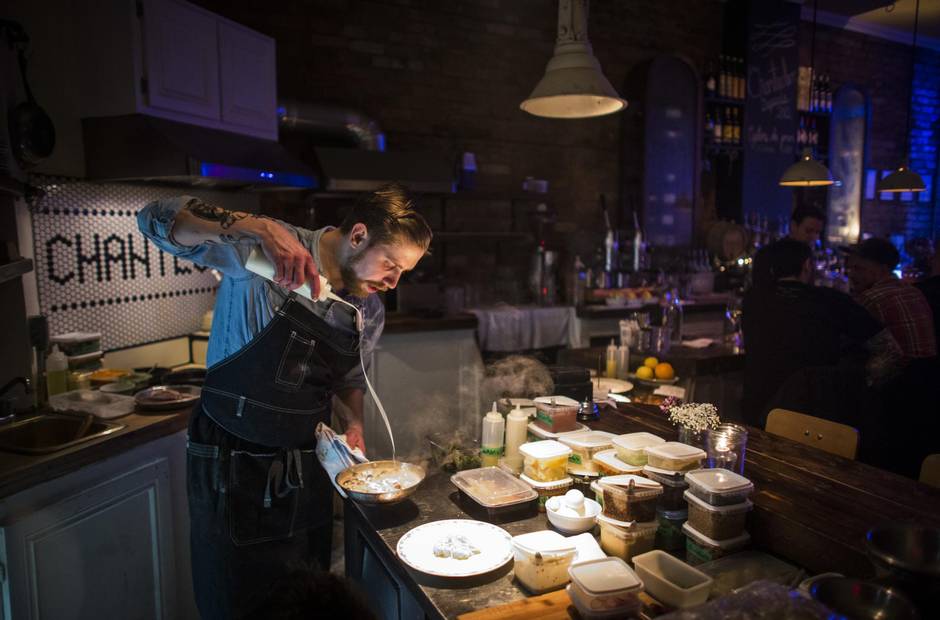 A chef prepares the Escargots dish at Restaurant Chantecler in Toronto. (Mark Blinch for the Globe and Mail)

It’s a worry that takes on added dimension with the capping of restaurants along four sections of Queen Street in Parkdale, a bylaw that took effect in 2014 after a lengthy appeals process brought by the restaurant industry. While the cap doesn’t prevent existing licences from being passed on to another owner (such as the Commodore, the new kid on the block), it shuts down any new applications in which the 25-per-cent business threshold of bars and restaurants is exceeded. This is the case where Chantecler is located, on the stretch between Brock and Dufferin.

Parkdale-High Park Councillor Gord Perks says the impetus for the cap proposal three years ago was the proliferation of clubs and bars in Parkdale. The bustling nightlife, it was feared, would raise real-estate prices and push out the variety of mixed-use businesses that are vital to serving local residents.

“That problem has since faded away,” Mr. Perks says of the club concentration from Brock to Dufferin. “We succeeded in that goal.”

The bylaw is due for a review during this term of council.

While others have come and gone around him, Mr. Wharton-Shukster has sustained a restaurant where he isn’t the only person who feels invested. He’s seen his share of first dates, a wedding, and made numerous friends over four years.

“I tell all my friends, you need a place like Chantecler,” says Ms. McHardy. “You have an opportunity to chat with people, to take a break from the everyday and chill out. I think it’s important to have that – especially when people know you.” 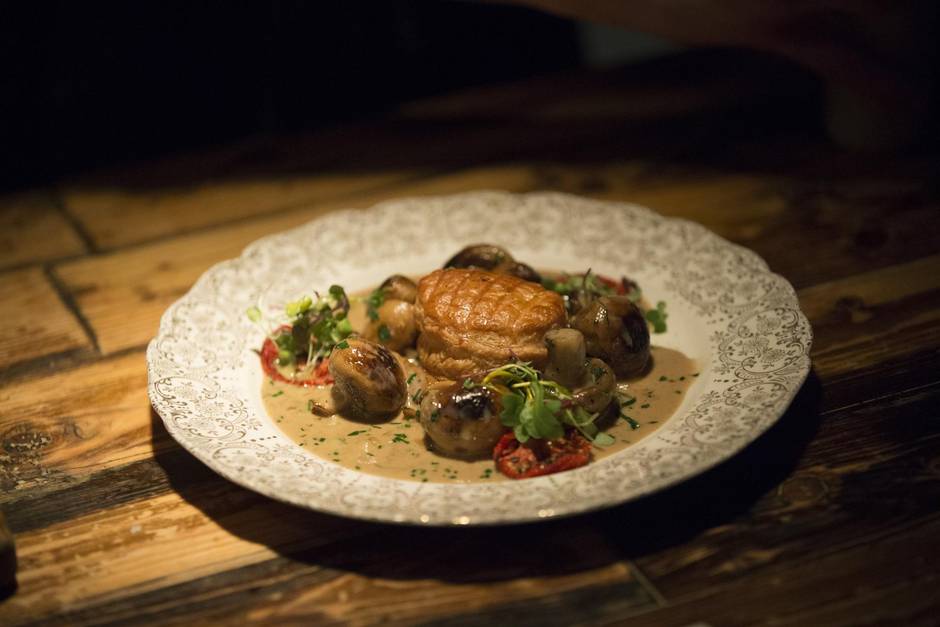 The Escargots dish is seen at Restaurant Chantecler in Toronto. (Mark Blinch for the Globe and Mail)