This is the first in a four-part series examining support programs and services for lower-income residents in Mississauga, Brampton and Caledon – the cities and towns of Peel region more known for their affluent middle and upper classes than a growing population who live in poverty.

As a teenager looking to make quick cash selling dope, Jot Gill found that adult homeless shelters teeming with addicts made her a "happy kid" – or as happy as she could be after being kicked out of her home.

Ms. Gill's mother had discovered her stash of weed once again and banished her from the Mississauga home they shared with the teen's older sister and grandmother. Ms. Gill, who says she suffered physical and emotional abuse at the house for years, complied. She had just turned 16.

She often relied on adult shelters, because the 14 emergency beds at Peel region's only youth homeless shelter were usually full.

"They just want you out of there and back in the youth shelter, but they don't have the resources to guide you," said Ms. Gill, who is now 18 and lives in a home for youth transitioning out of homelessness. Staff at the emergency shelter, Our Place Peel, eventually helped her get back into school and land a summer job working for the Region of Peel this year.

As Peel's population has grown to 1.35 million, more of its residents live in poverty than ever before. United Way Peel, which advocates for social services in the region, says resources for the sector have not kept pace with the changing demographics.

One of the biggest hurdles, however, is convincing people a problem exists to begin with, said United Way Peel president and chief executive officer Shelley White.

"People think that individuals come out to the suburbs to buy the two-bedroom homes with the swimming pools," she said. "If people don't know that poverty exists in Peel, we've experienced, over the last 20 plus years, a lack of investment."

In 1980, according to research led by University of Toronto professor David Hulchanski, only 2 per cent of Peel residents lived in a neighbourhood classified as low-income; by 2010, that number had risen to 50 per cent.

"It's completely overlooked," Ms. White said. "All the attention in the Toronto media is about what's occurring in Toronto."

In Peel, homeless youth in crisis have only the 14 beds at Our Place Peel to turn to, plus a few more transitional housing options where they can live more independently once they start to show progress. In comparison, Toronto has more than 500 short-term, emergency youth beds and double Peel's population; Dufferin County, with a population of about 57,000, has 20; and York Region has 30 emergency beds across two youth shelters for just over a million people.

Our Place Peel, which runs a seventies-era bungalow in Mississauga purchased and converted into a shelter in 1989, typically serves about 350 youths aged 16 to 21 a year. But with so little space, last year it turned away 493 kids. The organization has a tight budget of about $1.1-million and services all of Mississauga, Brampton and Caledon.

"The need is rising for sure," said Our Place Peel's executive director Christy Upshall. "As the population increases, we're seeing more and more kids being turned away because we're full."

Alongside United Way, Our Place Peel is now pushing for more funding to help build another shelter in Brampton and to pay for more outreach services for youth they can't house.

Plans for the new Brampton shelter, with 14 more beds, are ready, but Our Place Peel doesn't have the funding to start building. In the meantime, the shelter and United Way are hoping to secure a piece of Ontario's $50-million Local Poverty Reduction Fund, announced in April to support local community groups. Ms. Upshall said the money would pay for longer-term solutions to prevent and reduce homelessness, such as mental-health-care services, housing subsidies and outreach workers to help youth maintain housing once they leave a shelter.

"There needs to be a sufficient amount of beds, but then you have to have the appropriate services for those youths," said Ms. Upshall.

Brampton Mayor Linda Jeffrey said in an e-mailed statement that she is working with United Way and others to present Queen's Park with solutions to dealing with homelessness and Brampton's need for a youth shelter. She said she plans to highlight the issue at an Association of Municipalities of Ontario convention in August.

United Way Peel says about 20 per cent of youth in the region live in poverty. One manifestation of that shift in demographics is that more and more kids are turning up at Our Place Peel – after escaping abuse at home, turning 16 and falling outside of the Children's Aid Society's age limit, or finishing a jail sentence but being unwelcome back home.

Though the shelter can't house them all, staff find them a bed at nearby adult shelters or youth shelters in Etobicoke or Orangeville – hardly the best solutions. Orangeville is too far for commuting to school, while travelling to Toronto can be risky for youth unfamiliar with the city.

Emergency homeless shelters, however, meet only a short-term need. United Way Peel is advocating for investments in various housing options to help youth transition to independence. The organization helped the Region of Peel craft its housing and homelessness strategy, which aims to provide a range of affordable housing options depending on people's needs, as well as establishing an integrated system for easy access to public and private social services.

Ideally, the strategy would help replicate success stories such as Ms. Gill's. The teen progressed from emergency shelters to transitional housing as her stability improved. She intends to move into public housing in the fall before she feels confident, independent and financially stable enough to rent.

But she clearly felt the pinch of insufficient resources for youth like herself, and often telephoned Our Place Peel every hour to snag the first available bed.

"The problem is [people] don't understand the situation of how a youth could become homeless," Ms. Gill said, adding that Peel residents with a more traditional upbringing in two-parent households sometimes have blinders on. "That's the whole thing about not having enough resources and awareness: It stems from the community." 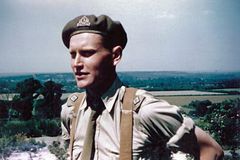 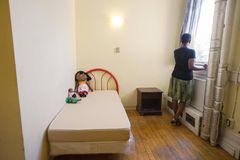 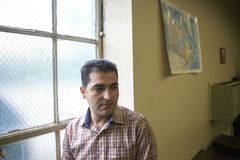