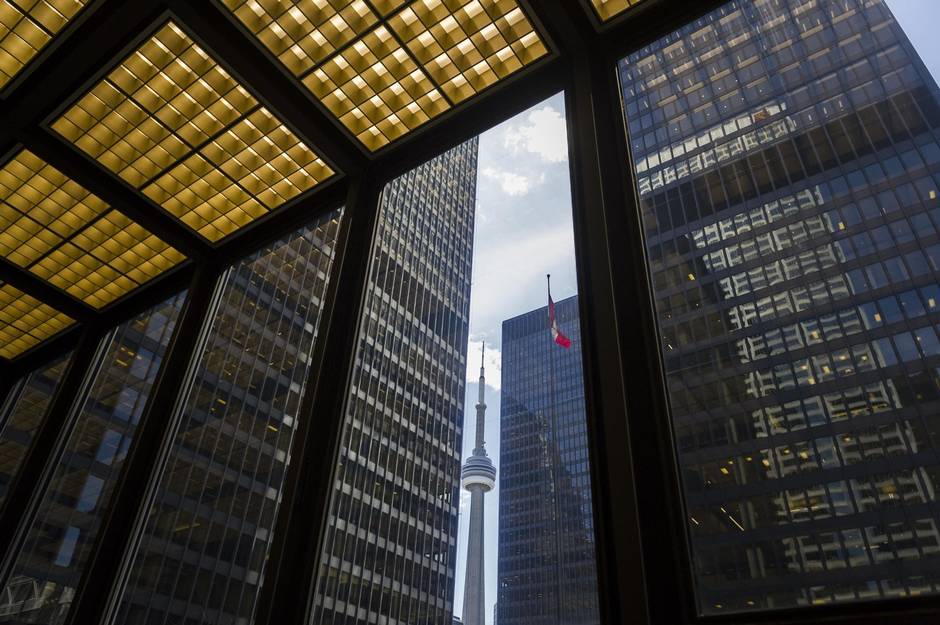 (Photos by Christopher Katsarov for The Globe and Mail)

The dark towers of the Toronto-Dominion Centre are so much a part of the city now that it is hard to remember what a dramatic change they made to the look and the life of Toronto when they went up in the late 1960s. In those days. the city’s core was populated by dignified buildings of grey stone. The tallest of them, the Bank of Commerce, was just 36 storeys tall.

The TD towers were a radical departure both in scale and in style. The tallest of the original two soared to 56 floors, dominating the skyline like nothing before or since. Rising from its six-acre site at King and Bay, it was everything the old buildings around it were not. While they featured arched windows and gargoyles, Greek columns and bronze roofs, the design of the TD Centre was all austerity and simplicity.

The steel facing of the tower was painted matte black and the floor to ceiling windows tinted bronze. It was as if the monolith from 2001: A Space Odyssey had been dropped from outer space in the heart of downtown. 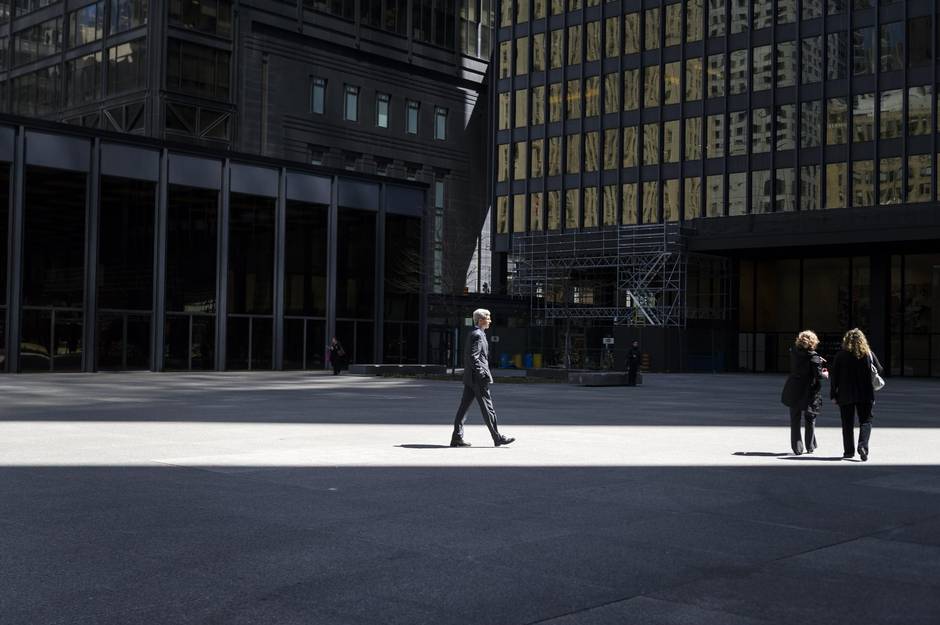 Like the apes in the film, Torontonians didn’t know what to make of it at first. One local politician interviewed by The Globe and Mail at the time called it “orange-crate architecture” and promised to make sure no building like it was ever built again in Toronto. In retrospect, though, it is clear that the TD Centre is a brilliant success, with much to teach us even now about how to build a city.

I got a tour this week from the centre’s management, who wanted to talk about the “re-energization of the city’s core and the TD’s role in it.” Tall buildings are popping up all over, bringing more and more people to live and work downtown and a thrilling new vitality to the streets. The TD Centre was where it all began.

The building of the TD Centre was the start of the office boom that transformed downtown Toronto. It continues today. After a hiatus, when many companies fled to the cheaper rents and wider spaces of the suburbs, office construction has taken off again. Since 2009, developers have built about seven million square feet of office space. 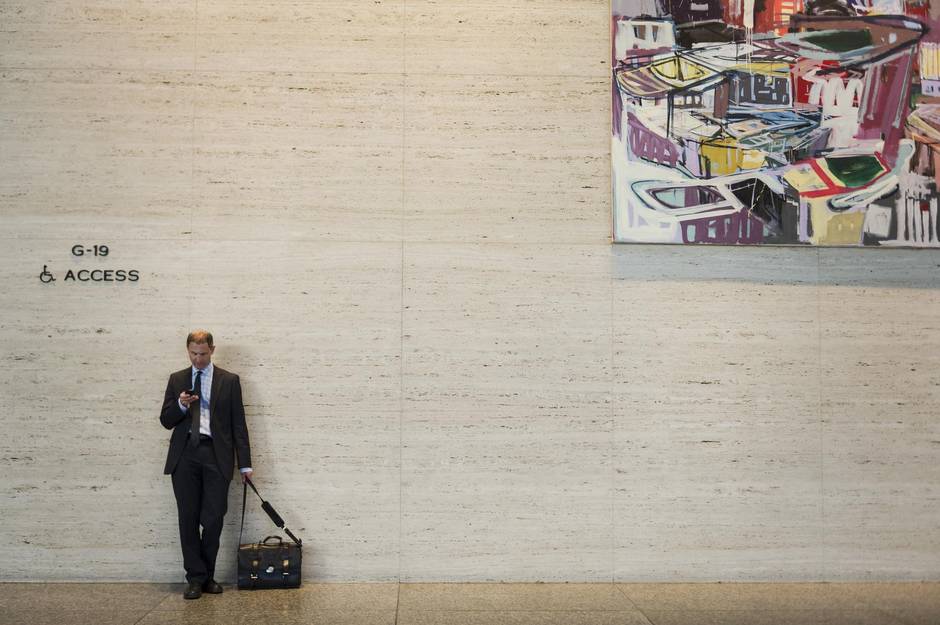 It is just this sort of future that the creators of the TD Centre had in mind when they hired one of the era’s most renowned architects to build them something outstanding. The architect was Ludwig Mies van der Rohe (1886-1969), the Chicago-based German émigré who liked to say that “less is more.” He referred to his works as “skin-and-bones” architecture, and his unadorned steel-and-glass boxes were meant to reflect the spirit of a modern technological era.

Rejecting two earlier designs, one of which called for a 100-storey concrete tower, the developers turned to Mies at the urging of the young architect Phyllis Lambert, the daughter of liquor magnate Samuel Bronfman. Ms. Lambert had worked with Mies on the Seagram Building in New York. It was to be a model for the TD towers and for another, very similar Mies project, Chicago’s Federal Center complex. 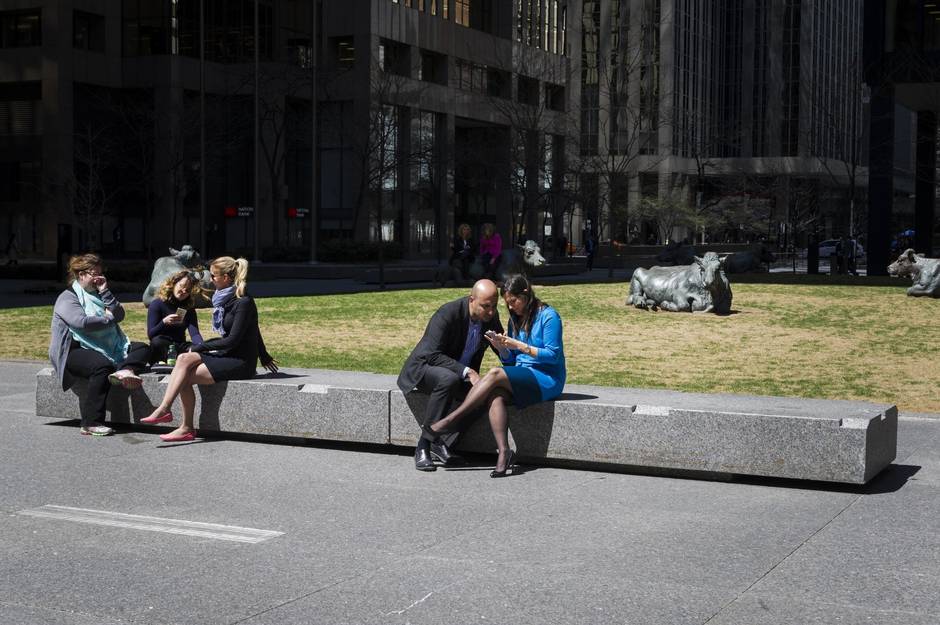 The towers that Mies designed for Toronto have an elegance that has outlasted shifting architectural trends. The retail-banking pavilion at the corner of the complex is a thing of beauty: a huge, open, light-filled space meant to mark a move away from the glassed-in teller booths and cloistered bankers’ offices of the past to a more welcoming era. The ground-floor lobbies have interior walls of creamy travertine, a stone that contrasts with the severity of the buildings’ exterior. At the base of the towers, the granite plaza is a rare expanse of open space in a crowded downtown.

Look out from the space on the 54th floor where TD’s directors hold their meetings at a huge conference table and you can see how well Mies’s design has held up. The red-granite-clad, 1980s Scotia Plaza looks dated now, a relic of the goofy detour into postmodernism that also produced police headquarters on College Street. The Trump Tower is supposed to shout “money” but instead just looks cheap. The bulges and curves of the L Tower on The Esplanade break the rule that helps the TD Centre succeed: Let form follow function.

Toronto boasts some fine skyscrapers: I.M. Pei’s Commerce Court tower, which reflects the old Bank of Commerce in its mirrored glass; the golden Royal Bank Plaza towers that glow in the sunset. The TD Centre is the father of them all. 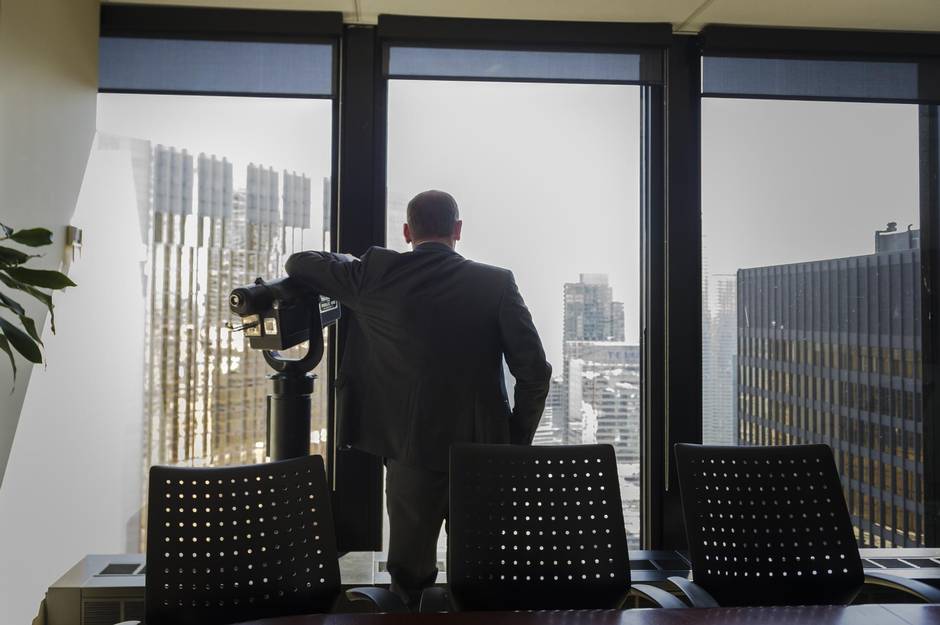 The bank and the developer took a big gamble with the buildings. TD needed just seven floors of space at the time, which left them with one million square feet to lease. It filled up soon enough. Demand was so robust that, over the years, the TD complex expanded to six buildings with 4.5 million square feet of space. Only the first two, opened in 1967 and 1969, were part of Mies’s plan, although others are of similar style.

What do the TD towers teach us? First, don’t be afraid of tall buildings. Toronto still has a lingering fear of height, as we see from all the complaining every time a developer proposes another sky-clawing tower.

Second, investing in quality pays. All that travertine on the walls and floors, all that English-oak panelling of the 54th floor, cost money. Mies insisted on using the best materials. It is one reason the buildings still have such an aura of class today.

Third, maintain what you have. Cadillac Fairview is spending more than $200-million to restore and upgrade the TD Centre buildings. The program includes installing new double-glazed windows and applying a fresh coat of weather-resistant black paint to the exterior walls. 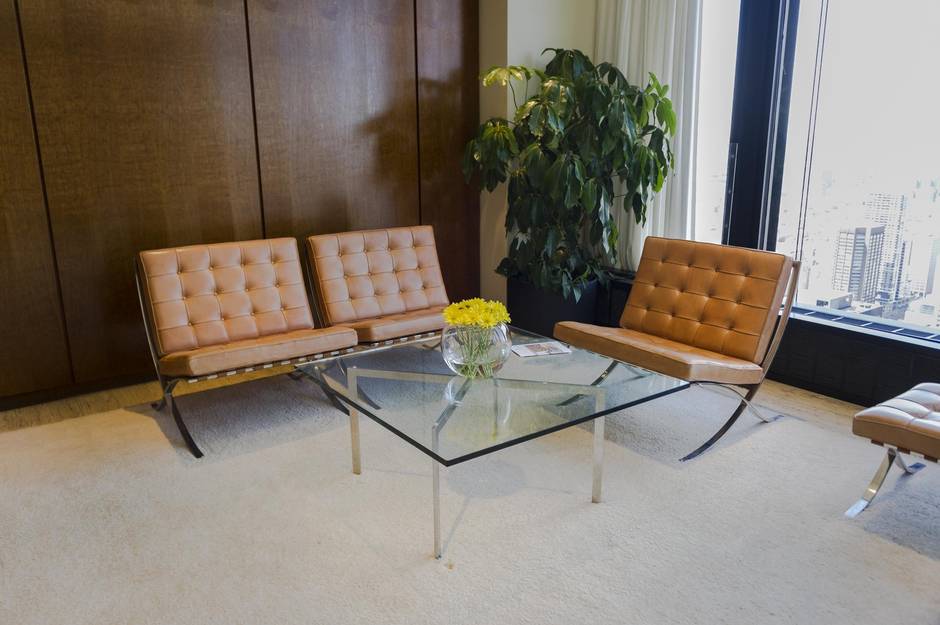 Fourth, pay attention to details. Mies took an interest in every one, right down to the lettering on the signs in the underground concourse (which, incidentally, was the start of the sprawling PATH system of underground walkways). He wanted yellow daisies placed around the buildings as a design touch. You can still find bowls of them in the banking pavilion and in each of the tower lobbies.

Finally, always think about the future. Toronto, and Canada, were in a risk-taking frame of mind when the first tower took shape. Expo 67, the wildly successful world’s fair, was under way in Montreal. The striking new Toronto City Hall by Finnish architect Viljo Revell had opened two years earlier.

It took ambition and foresight to pull off something as bold as the TD Centre. It meant thinking about what the city would become instead of just coping with what it was. Those qualities sometimes seem lacking in today’s Toronto. There are still things we can learn from those dark towers.

An earlier version of this article said that Phyllis Lambert is the sister-in-law of Allen Lambert, the TD bank chairman at the time the TD Centre was designed. In fact, the two are not related.