Who knew Rob Ford had friends in high places?

Jim Flaherty, the man who controls Ottawa's purse strings, endorsed Mr. Ford's Toronto mayoral candidacy on Friday at a waterfront ribbon-cutting - not just because they're both carved from fiscally conservative cloth, but because of a long-standing family friendship.

The relationship dates back to Doug Ford Sr., Rob's father, and his stint as a provincial Tory MPP under Mike Harris. "I support Rob and his family," said Mr. Flaherty, who has described the elder Ford as "a very good friend."

The Finance Minister said they were both elected to Queen's Park in 1995 as part of the Common Sense Revolution - Mr. Ford Sr. beating a Liberal incumbent with help from local Reform Party activists. And when Mr. Flaherty, who was Mr. Harris's deputy premier, made his bid to win the provincial Tory leadership in 2002, Mr. Ford Sr. lent his support.

Mr. Flaherty, who delivered the eulogy at Mr. Ford Sr.'s funeral almost exactly four years ago, now appears to be returning that early political favour. He turned up at a Ford fundraiser barbecue in August, and on Friday said he likes the fact that Mr. Ford "values taxpayers' money."

"That matters to me."

The question is, could this relationship lead to federal largesse for strategic Toronto projects, such as Mr. Ford's subway scheme, to cite the obvious example?

"I think [the connection]could be very helpful to the city," Etobicoke Councillor Doug Holyday said. "If the city needed the federal government's help, he can pick up the phone and talk to a senior cabinet minister and make his point known."

Doug Ford Jr., Rob's brother and campaign manager, said the Ford clan have campaigned for both Mr. Flaherty and his wife, Tory MPP Christine Elliott. "When Jim ran, we always stood by him. When Christine ran, we stood by her, too."

But he balked at any suggestion of the prospect of back-channel string-pulling: "We don't work that way," he said, adding that his brother, if elected, would solicit support from governments of either stripe, at both levels. "Friendship is friendship and business is business."

While high-profile endorsements are standard fare at this stage of the mayoral race, some Tories were caught off guard by the spectacle of Canada's second most powerful politician wading into the midst of a municipal race: "We were all kind of surprised that he decided to weigh in," one source said.

Another alumnus of the Harris government, agreed that Mr. Ford couldn't just leverage that friendship into something more substantial. "It's not that simple," said Janet Ecker, who now heads the Toronto Financial Services Alliance. "A good relationship is important, but it will not trump the mandate of the job that both have [to do]"

Neither Rob Ford nor his father were considered players in the federal or provincial Tory apparatus, according to senior Conservatives. However, they say the Ford family's small-c conservative bent is undisputed.

Should Mr. Ford win, federal Tories predict the change could only help Ottawa-Toronto relations, given the tension that presently exists between the Harper Tories and Mr. Miller, who campaigned for federal NDP Leader Jack Layton and former Liberal cabinet minister John Godfrey during previous elections.

But Terrence Young, another federal Conservative MP who served with Mr. Ford Sr. at Queen's Park, agrees that it is too early to say what a Ford victory might mean in terms of Ottawa's relationship with the City of Toronto.

Mr. Flaherty insists his government has been willing to support the city no matter who's in office, and cites the Tories' backing for a range of projects, from the $25-million investment to the newly opened Sherbourne Common park on the waterfront to their $700-million contribution to the Spadina subway extension.

But even if Mr. Ford has Mr. Flaherty on speed dial, there's no way a Toronto mayor could cultivate an enhanced relationship with Ottawa unless it has Queen's Park's blessing. Provincial governments have enormous influence over municipal affairs, and jealously guard their constitutional turf.

Political sources say that Dalton McGuinty's Liberals, who have enjoyed a strong working relationship with the Harper government, may look askance at a political alliance between two staunch conservatives, especially with a provincial election set for next year and the ever-present possibility of a federal race.

"A Ford-Flaherty entente is problematic for the province, and would put the province as the odd man out, especially if the most important person at cabinet table is Kathleen Wynne, who can't stand Ford," another veteran strategist observed.

Indeed, the McGuinty government may opt to let Torontonians get a strong taste of Mr. Ford's spending cuts as a way of shoring up support against Tim Hudak's Conservatives during next fall's election.

Ms. Ecker, who served in three portfolios between 1995 and 2003, said there's no doubt the Flaherty connection could be a political bonus between now and Oct. 25. "For voters, it is an important factor, who has or can build the kind of partnerships that can benefit the city."

John Lorinc is Special to the Globe and Mail 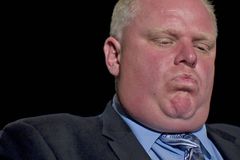 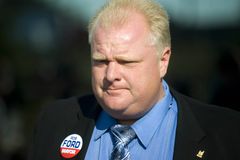 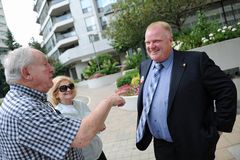 An audition for Toronto mayor
September 9, 2010