For them, it’s not about the wages – it’s the result of simmering anger over their job security and future prospects. Simona Chiose reports 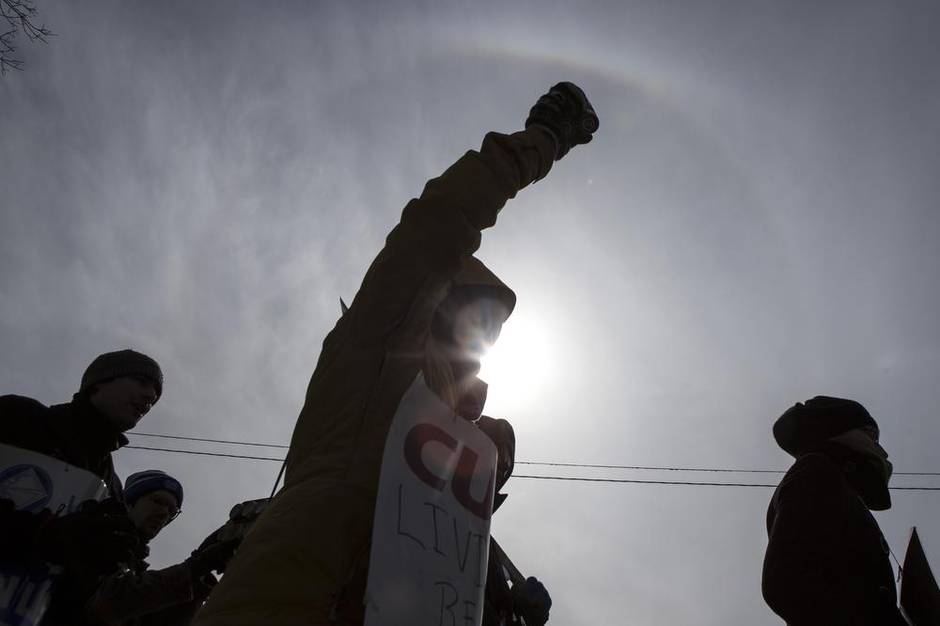 (Chris Young for The Globe and Mail)

Who makes $42 an hour and goes on strike? It’s a question Toronto residents were asking when confronted with the images of teaching assistants and sessional instructors on strike at the University of Toronto and York University this week.

Wages, these young academics say, are not the issue. Instead, their taking to the picket lines – about 6,000 of them at U of T and 4,000 at York – is the result of simmering anger over their future prospects. A tentative Friday night deal between York and its union suggests at least one strike may end soon, but these concerns are permanent.

The jobs they have now – contract and short-term – are no longer just temporary sacrifices as they make their way into academia, they say. Instead, the destination looks like the journey.

The number of full-time, permanent academic positions has dropped 10 per cent over the past decade and many of those striking are uncertain if they will ever join a prior generation of tenured professors.

“Our generation has been sold a bill of goods that education, education, education is the way for people to move up. … Folks like me … have pursued master’s and PhDs and are staring at the most precarious jobs of all of us,” said Peter Brogan, a PhD student in the sixth year of his program in human geography at York University.

The problem is simple.

At best, between 1,500 and 2,000 tenure-track jobs are advertised every year; yet universities produce about 6,000 PhD graduates. Only 20 per cent of them will end up in full-time positions, while 60 per cent aim for this kind of secure employment.

“I’m lucky if I get a rejection,” Mr. Brogan said. Over the past year, as he wraps up his dissertation, he has applied for seven positions in Canada and the United States.

The discussion is handicapped by the lack of solid data. Only some Canadian universities provide breakdowns of their faculty numbers according to full-time, part-time or contract status. Still, the Canadian Association of University Teachers (CAUT) has found that, between 2002 and 2013, only 67 per cent of professors reported they had permanent, full-time jobs.

Contract instructors across the country say they work as hard as their tenured colleagues, but for less pay and without job security.

The life of a graduate student

There are only two ways to escape the precarious academic employment market: Get a job outside the university – or get lucky.

At the University of Toronto, striking teaching assistants have repeatedly said that their hourly wages are not the issue. Instead, the $15,000 minimum annual income provided by the university – made up of a stipend, fellowship and teaching salary from working approximately 200 hours a year – is not sufficient to live on in Toronto without taking on outside work or loans.

Once PhD students take longer than five years to complete their dissertation, even that funding ends. Many take on full-time work in order to pay tuition fees.

“I have three jobs, and spend maybe one day of the weekend now working on my dissertation,” said Lindsay Sidders, who works as a legal clerk, an instructor at the UofT’S Mississauga campus and is writing her history dissertation on colonial Mexico. 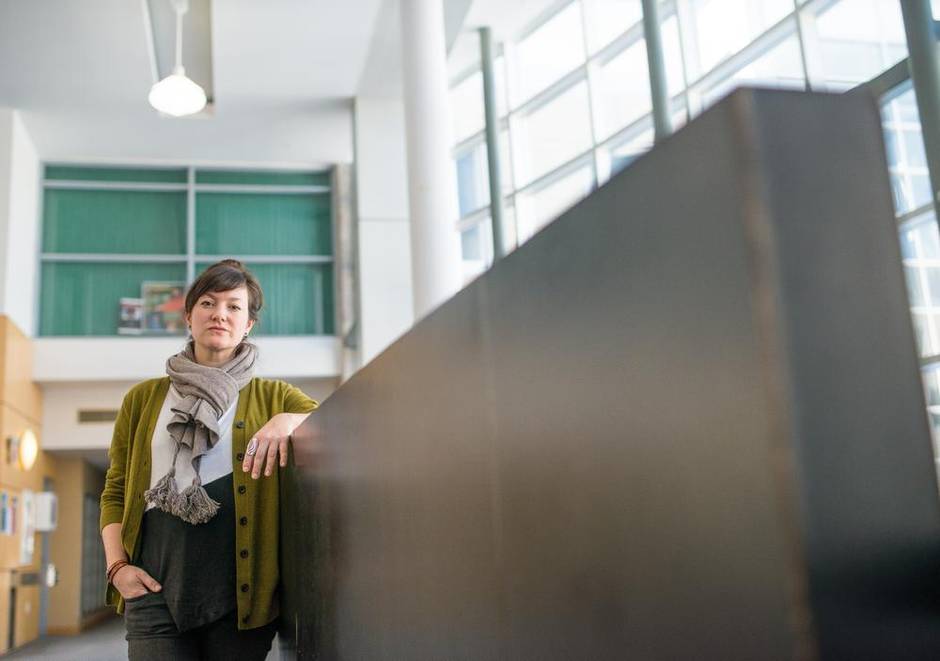 (Scott Munn for The Globe and Mail)
I was doing everything a tenured professor was doing, and teaching one more course, but I was getting paid less and had no job security
Erin Wunker, a graduate who has worked on a series of contracts since 2008

For decades, universities have said that research benefits undergraduate education as internationally renowned tenured professors share their findings and methods with 17- and 18-year-old students.

The reality is that, even if the number of courses taught by contract faculty in Ontario has not jumped by 90 per cent as some of the highest estimates claim, the person at the front of the class could well be a sessional instructor. At York, for example, half of faculty are part-time.

The problem is national in scope.

“By the time I left Dalhousie, I was teaching 400 students in three courses a term and directing the Canadian Studies program. I was doing everything a tenured professor was doing, and teaching one more course, but I was getting paid less and had no job security,” said Erin Wunker, who has worked on a series of contracts since graduating from the University of Calgary in 2008.

She came close to one tenure-track position at Mount Allison University in Canadian literature, and continues to apply for jobs. “I don’t think there is a formula any more [to finding work],” she said.

The irony of sessionals’ lives is that, while selection committees want to see teaching experience, too much teaching outside of a tenure-track job can be a liability.

“Beyond two years of contract, they think something is wrong with you. This is from critical people; they think it’s the individual’s fault,” said Mr. Brogan, who has sat on hiring committees and seen the process first-hand.

It is unclear if universities’ budgets force them to turn their academic ranks into a temporary work force. According to CAUT, spending on faculty salaries now makes up 20 per cent of all university expenditures, a drop of 10 percentage points since 1981. 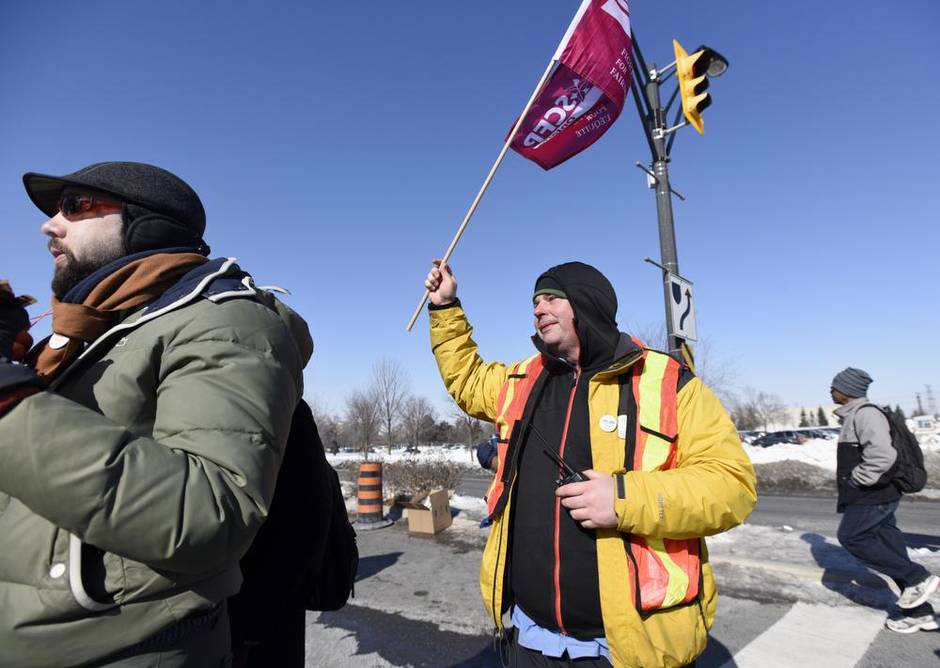 (Fred Lum/The Globe and Mail)
Folks like me … have pursued master’s and PhDs and are staring at the most precarious jobs of all of us.
Peter Brogan, a PhD student at York University

Do we have too many PhDs?

Yet, if graduate programs have grown, it has been because governments have waved money at university administrations, operating under the assumption that more graduate students equal increased productivity and innovation.

In 2011, Ontario announced that it would fund an additional 6,000 master’s and doctoral spots even as its undergraduate per-student funding, adjusted for inflation, has been declining for decades.

Turns out that the current instructions for building a PhD student may not translate into the economic gains that governments assume.

“It is an open question whether PhDs are necessary to produce innovation and productivity, or can you do that with MAs,” said Daniel Munro, an analyst at the Conference Board of Canada who will be releasing a report he co-authored on PhDs in the Canadian labour market this spring.

Currently, few Canadian companies explicitly value the skills of doctoral graduates. The Conference Board study estimates there are approximately 1,500 more PhDs graduating every year than there are job postings specifically calling for these types of employees. Still, the study also finds that many more jobs would benefit from having PhDs fill them.

If employers and doctoral graduates are to find each other, more has to be done to “prepare for careers PhDs will actually have. We need a shift in perception, of what employers understand that PhDs can do and in the perspective of students and faculty,” Dr. Munro said.

Matchmaking is easier in some fields, than in, say, English or history. Nick Tacik, a PhD student in astronomy at the University of Toronto, plans to look for work outside academia once he graduates. His classmates are snapped up in quantitative finance, software development and data analysis.

“I still support the strike,” he says. “No graduate student should have to live in poverty while they are studying.”

Tenured academics say they do not want to be the last generation of professors able to do research, teach and have job security.

“Those of us training students are very distressed at the declining number of tenure-track jobs,” said Jennifer Jenkins, an associate professor of history and a former Canada Research Chair in modern German history at the University of Toronto.

Dr. Jenkins is one of dozens of history professors on the university’s three campuses who have signed a statement of support for the striking teaching assistants.

“The TAs are very much our colleagues; in the classroom we are really working as a team,” she said.

Ultimately, young academics say they are on the picket lines because they have hope that by drawing attention to what is happening to university teaching, their long-term prospects will improve.

“I was very aware of the bleak future in terms of securing academic work but I decided to do it anyway,” Mr. Brogan said. “I am going to give it a couple of years after I complete a PhD to find a job, but I will have to be teaching on contract probably, in the meantime.”