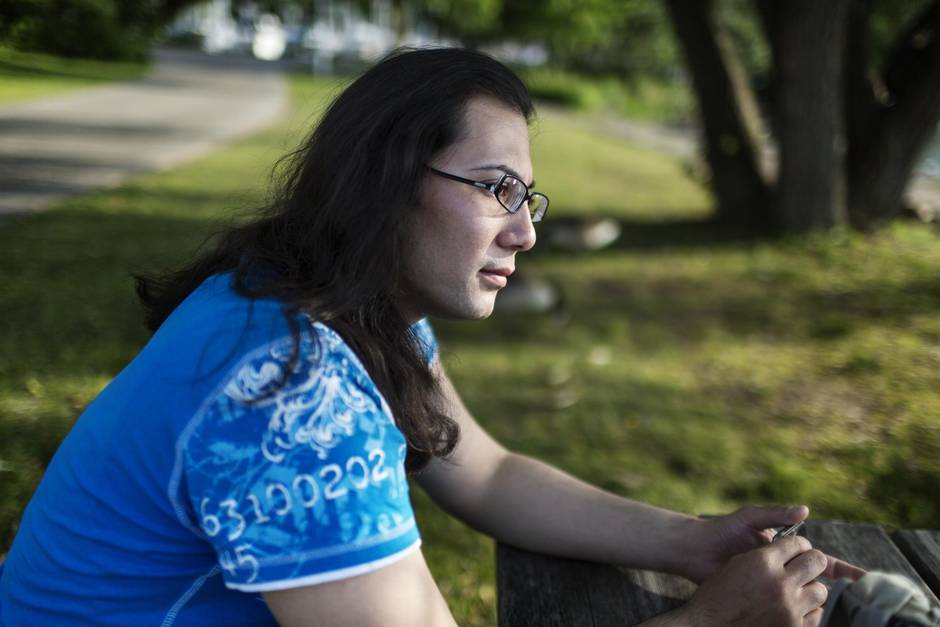 In his three years as a refugee, Julian, who is gay, suffered several assaults. He now lives in Hamilton, Ont. (Photos by Annie Sakkab)

As he sits cross-legged on his apartment floor, Julian plays a video on his phone of a group of gay men at an underground party in Damascus. The men are clad in colourful outfits and dance to blaring Arabic music. Julian lost most of his belongings in the Syrian civil war and uses this old clip from a friend as a memory of home.

Canada offers Julian a reprieve from a life of beatings, taunts and arrests. But as a gay Syrian in Hamilton, he faces a new host of problems, namely cultural disconnect and loneliness. Canada’s refugee efforts have largely focused on families with children; single people and, in Julian’s case, families of two, make up less than 15 per cent of the 1,000 Syrian refugees resettled to Hamilton this year. Single LGBTQ refugees such as Julian are an anomaly, and smaller cities in Canada lack the resources to support them. 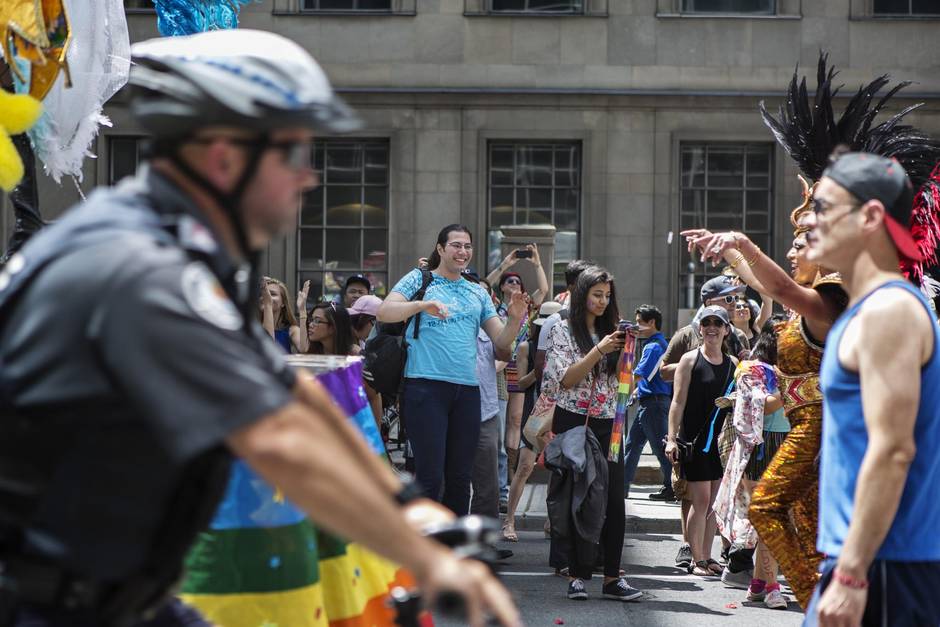 Julian attends the Toronto Pride parade on July 3, 2016. He tries to visit Toronto every month and wants to move there.

Julian (which isn’t his real name, but the one he plans to legally assume in Canada for his safety) has visited the two gay bars in Hamilton, his home for the past eight months. On those visits, he met only a handful of LGBTQ people and was disheartened by the cultural change.

Julian was equally dismayed when his settlement worker admitted to knowing little about local LGTBQ resources. Wesley Urban Ministries, the lead agency supporting Julian and other government-assisted refugees in Hamilton, says on its website that it works with each client to understand “the specific challenges they face.”

But Julian says the agency is ill equipped to help LGBTQ refugees. It took more than six months to connect him with an LGBTQ couple in the city, he says.

When he asked for another settlement worker, Julian was turned down given the influx of refugees.

Wesley declined to comment on Julian’s case, citing privacy reasons, but said it takes inclusiveness “very seriously” and plans to “improve our processes in the future.”

“That being said, we have been extremely busy dealing with our Syrian refugees and are disappointed that in this case we did not meet the individual’s needs,” spokeswoman Andrea Buttars wrote in an e-mail. Shortly afterwards, Wesley reached out to Julian with a program that offers friends for newcomers. 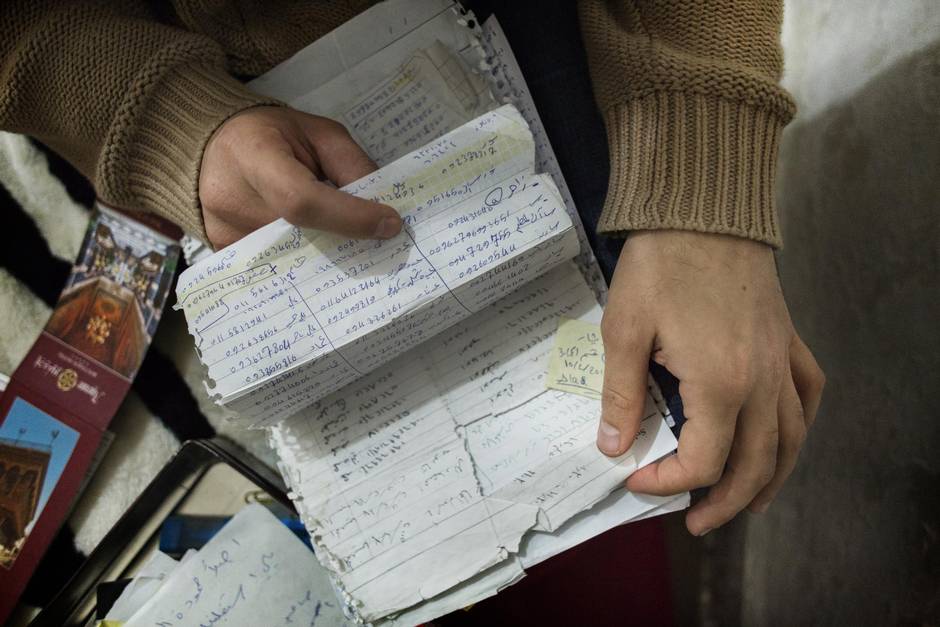 Julian looks through addresses and contact numbers of family and friends in Syria. After he was jailed in Syria at 19 for being gay, some of his family members cut off ties.

The Globe and Mail first spoke to Julian, who then went by his given name, as he anxiously awaited resettlement from Jordan to Canada in December. The United Nations High Commissioner for Refugees flagged Julian as a priority because of his sexuality. In his three years as a refugee, Julian suffered several assaults. At one point, four men beat him to the ground with a wooden stick and left him for dead. He stayed in his apartment for a month, unable to move.

When Julian was 19, Syrian police jailed him for a month for being gay, during which he was confined to a square-metre block and administered electric shock. Upon learning the news, Julian’s father and one of his four sisters cut off ties.

Julian moved in with his boyfriend for nine years in a house that he bought and owned in Damascus. The house was destroyed in the war and Julian’s partner married a woman due to family pressure.

Julian now lives in a small apartment in Hamilton with his 21-year-old brother. Their relationship is strained (“His mind is not the same as my mind,” Julian says tersely). Julian’s LGBTQ friends live in Toronto or nearby cities. He has found some comfort in the St. James Anglican Church in Dundas, Ont., volunteering up to 12 hours some days to distribute furniture to Syrian families. “Without them, I would feel very lonely,” he says. 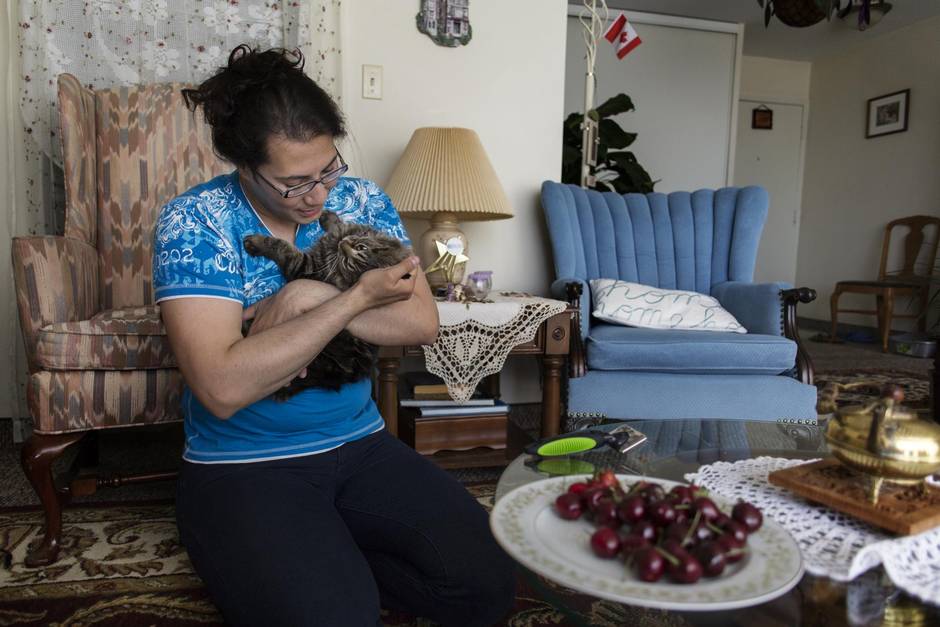 Julian shares a small apartment in Hamilton, Ont., with his 21-year-old brother.

Many agencies still need extensive LGBTQ training, says Deirdre Pike, who authored a report in June that identifies gaps in Hamilton’s LGBTQ resources. The report, which surveyed 150 LGBTQ people and organizations, calls for an LGBTQ hub in the city with social programs, counselling and information about health services, similar to The 519 in Toronto.

“The recommendations echoed people’s experiences of going to organizations and running into workers who are homophobic and transphobic and don’t even know they are. Their intent is good, but they use bad language,” Pike says.

Julian says he wants to move to Toronto, but that would mean giving up his $768 monthly income from Wesley. That amount barely covers his $500 monthly rent, utilities and cell phone bill, or the $1,000 government loan he’s yet to pay back. He also wants to send money home for his aging mother, who takes medications, and for his younger sister, who has uterine cancer. Both will arrive in Canada next year through a private sponsor.

For now, Julian is slowly building a new life in Hamilton. He takes daily English lessons, goes swimming at the YWCA and rides his bike in the woods. He tries to visit friends in Toronto every month, despite the $25 round-trip train fare. On a recent trip, Julian and his friends picnicked in the park and laughed until night fell. 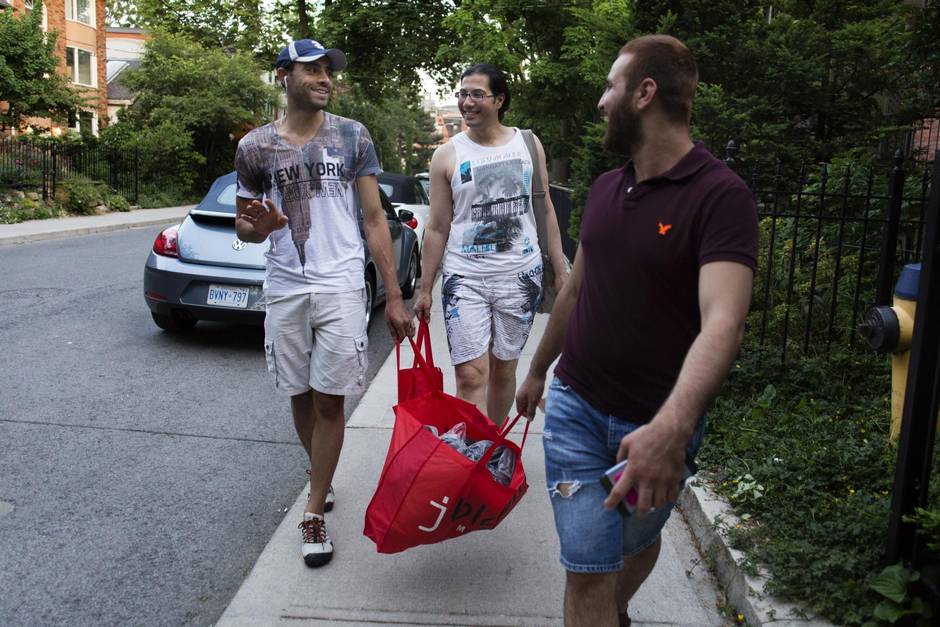 Julian heads to a picnic with friends in downtown Toronto on June 20, 2016. In his spare time, he takes English lessons and volunteers with the St. James Anglican Church in Dundas, Ont.

“I want to have a better life,” Julian insists. That will require improving his English, he says, and studying accounting, his profession in Syria. But his greatest dream is to sing to crowds in Arabic. It might mean enlisting a vocal coach, but “I have to be a princess,” Julian laughs.

He maintains the hope he felt in the airplane on a chilly December day, anxiously awaiting the gruelling 14-hour flight from Jordan to Canada. He wondered whether it was the last time he might ever see his family.

“You see the sea under you and the sky above you and all your past behind you. And you can’t go back,” he says. “You have to keep going.”