Last week, I went to the Ex, and it felt like old times: hawkers, ice cream, skee-ball, and my kids won a Pokemon. Okay, some things have changed, but the experience of the fair was deliciously nostalgic.

But the fair felt cramped, and behind the flashing lights Exhibition Place looked sad. The fairground is one of Toronto's richest historical sites, and its management – run by the city – keeps on tearing down important buildings, and adding new ones that keep getting bigger and getting worse.

Towering over the Ex was the newest addition, which is scheduled to open this year, Hotel X. The architecture, by New York firm Stephen B. Jacobs Group with Toronto firm NORR, is a blocky mess: This behemoth of blue glass and precast concrete looks like it was created in Minecraft.

How did this failure of design occur? It happened because Exhibition Place is a 192-acre fiefdom that's separated physically and psychologically from the metropolis around it. And it continues to turn inward – squandering a huge and historic public space in downtown Toronto.

Torontonians have a strange relationship with the site. It's busy for just a few weeks of the year, after which it becomes largely a black hole in the city, closed off unless you're going clubbing or to Medieval Times. The big draws in the colder months are Toronto FC games and conventions (and the Royal Winter Fair).

And Hotel X is part of that agenda, serving big special events and indoor conventions. Two convention centres on-site continue to drum up business; the hotel will serve them with an array of ballrooms and other amenities, including four indoor tennis courts and a golf simulator.

From this perspective it doesn't matter that the hotel (which I admittedly have not been inside) is hulking and unsightly: You're not supposed to go outside, except to your convention event nearby.

That attitude makes no sense in the middle of a city. Exhibition Place is now surrounded by residential and mixed neighbourhoods – not just Parkdale but Liberty Village and the Fort York area, home to a combined tens of thousands. The dominant theme here is renewal of the public realm. The province has committed to revamping Ontario Place, just across the water. The Bentway, the public space under the Gardiner Expressway, opens this winter. Fort York is reaching out to a broader public.

On paper, Exhibition Place's management gets this. Its strategic plan for 2017-2019 talks about "integration within a vibrant, emerging neighbourhood." There are plans to rebuild the massive parking lot at the centre of the site as "Festival Plaza." This landscape, designed by PFS Studio, would be a huge improvement. But even if it can pleasantly accommodate thousands of revellers or Indy-goers, is that really the best the city can do? And why should we believe this promise, when it has spent a generation creating parking lots and sealed big boxes?

The site is loaded with as much history as anywhere in Toronto. What is now Exhibition Place was home to the French 18th-century Fort Rouillé, and then to New Fort York, later renamed Stanley Barracks – an important site in Canadian military history. That complex was mostly demolished in the 1950s, leaving only one building. An interpretive feature, around that building and the foundations of another, is being constructed next to the behemoth Hotel X.

Exhibition Place's parallel past as a fairground and exhibition site is deep and rich. The Toronto Industrial Exhibition was first held there in 1879, and in the years after 1900 a crop of permanent buildings were added to the site by the architect G.W. Gouinlock. Only five remain, all of them very good, and most of them poorly used. The Toronto Event Centre occupies Gouinlock's Horticulture Building, and the former Government Building now houses Medieval Times.

A 1920s building boom delivered a new crop of fine buildings; what's left has largely been rebuilt for conventioneering. And then the 1960s brought modernist structures; these haven't fared well. Architect George Robb's Shell Oil Tower was wrecked back in 1985. The white-brick Better Living Centre, designed very audaciously by Marani Morris & Allan in 1962, is looking sad; the sculptural tower atop the building looks like it's about to fall over. (It'd better not.)

And more recently the Hockey Hall of Fame was eaten by BMO Field. The entrance of that 1962 building, by Allward & Gouinlock, is tacked onto the side of the soccer stadium. The stadium, like the massive Enercare Centre, reflects a new scale that overpowers the previous generations of exhibition halls. They are inherently unpleasant, massive obstacles to walk around. And now there are plans to expand the seating for BMO Field even further.

Good for the city? Maybe. But if you think of the site as nothing but real estate, it invites bad ideas, like the casino proposal of the Ford era. The fact is this: Most of Exhibition Place, which was a rich and layered district 40 years ago, is becoming a miserable place to walk around. The other day I returned in daylight for a look: They were packing up the rides and machinery, and the place was ready to go quiet again. Across King Street, the city was buzzing as always. The fairground could use some of that life.

CNE reassures visitors event is safe on the heel of Barcelona attacks
August 18, 2017 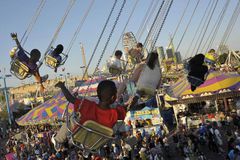 Ontario moves ahead with construction of megacourthouse in downtown Toronto
November 12, 2017 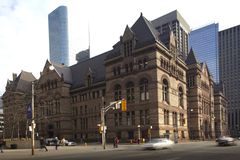 A guide to cheering for the rising rugby stars of the Toronto Wolfpack
November 12, 2017 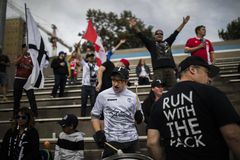