Mayor Ford made the comments at a gas station just down the street from his Etobicoke home, during a hastily-arranged press conference Wednesday afternoon.

When asked why neighbours of Mr. Lisi's have said they see Mr. Ford frequenting the house, the mayor said, "He's a friend. He's a good guy. I don't throw my friends under the bus."

Later, when asked if he's worried about police surveillance on Mr. Lisi potentially picking up his communication with him, the mayor simply shook his head and remained silent.

Mr. Lisi was released on $5,000 bail Wednesday after a short court appearance covered by a publication ban. He is scheduled to be back in court on Nov. 12.

Mr. Lisi, who had a scrape on his right cheekbone, scowled at the gallery when he entered court.

He stood with his eyes downcast during most of the hearing, answering the justice of the peace's questions with a short "yes."

Also arrested in the Tuesday evening bust was Jamshid Bahrami, 47, of Toronto. He is charged with possession of cocaine, trafficking in marijuana and conspiracy.

Mr. Bahrami was ordered released on $5,000 bail after a short hearing, which was also covered by a publication ban.

Police began an investigation into Mr. Lisi's movements and actions after two media outlets – The Toronto Star and the U.S. website Gawker – reported in May that drug dealers had tried to sell them an alleged video that purportedly showed the mayor smoking crack cocaine.

Toronto police have interviewed at least five former staffers in the mayor's office about attempts by people to retrieve the alleged video, according to sources close to the mayor's office. For his part, the mayor has called into question the existence of the video, and has denied that he uses crack cocaine. "I can't comment on a video that I have never seen or does not exist," he said in May.

Some of the questions police asked of the former staffers, according to sources, focused on Mr. Lisi, a regular companion of the mayor's who was known to ferry him to events and, on one occasion, run interference with reporters.

The morning after the first news reports about the alleged video, Mr. Lisi was seen in his Range Rover, trailing Mr. Ford as he drove away from reporters gathered outside his home. Moments later, Mr. Lisi appeared again, stepping between reporters and the mayor while he made a stop at a Tim Hortons down the road.

It's unclear how Mr. Lisi, almost a decade younger than Mr. Ford, became acquainted with the mayor. But neighbours in Mr. Lisi's upscale west-end neighbourhood told The Globe the mayor is a frequent visitor to the home where Mr. Lisi lives with his parents.

When the mayor first began visiting the street about 10 months ago, one source said, he told neighbours he was there to visit his "friend Sandy."

Mr. Ford has declined to answer detailed questions about his relationship with Mr. Lisi. In an interview with the Toronto Sun, the mayor described Mr. Lisi as "a great guy and straight as an arrow." Mr. Lisi, who goes by the name "Sandro" or "Dro" has no official role at the mayor's office.

Some Ford staffers became aware of Mr. Lisi in February, when he drove the mayor to the Garrison Ball, a military gala event, in his Range Rover.

Also present that night in the Rover was Bruno Bellissimo, whom The Globe has identified as a childhood friend of the mayor. A month later, after Mr. Bellissimo was charged with assaulting his parents, Mr. Ford made an after-hours visit to the Toronto West Detention Centre and asked to see Mr. Bellissimo.

Mr. Ford was urged to leave the February gala by another city councillor, Paul Ainslie, who described the mayor as "incoherent" in a letter to the gala's organizers. (The mayor has called the suggestion he was intoxicated "an outright lie.")

Since the Garrison Ball, Mr. Lisi has been a fixture at Mr. Ford's side during late-night events, according to one former staffer.

The dry cleaning shop was closed on Wednesday morning, and there was no sign of activity inside.

The owner of the jewelry shop next to  Mr. Bahrami's said that his neighbour is from Iran, and suffers from permanent health issues, including problems with his spine. He said that Mr. Bahrami had a medical marijuana license which he showed him once, but had never seen any signs of any other drug activity.

A police cruiser was parked in the parking lot, as officers went from business to business asking for surveillance activity.

Councillor Doug Ford, the mayor's brother, had no comment on Wednesday morning. "I've never met this person. I don't know him," he said at city hall. "I've never talked to the guy and I support the police investigation."

Asked about Mr. Lisi's role as an occasional driver for the mayor, he said, "That's what you guys say. Rob doesn't have a driver, he doesn't have security."

With files from Elizabeth Church and Jill Mahoney 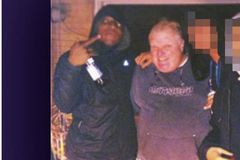 'No one's business what happens in my office,' Rob Ford says as aide under investigation
September 19, 2013 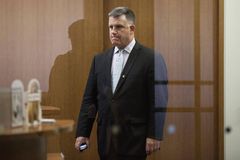 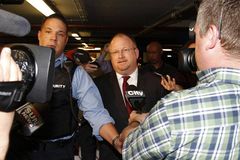 Follow Patrick White, Greg McArthur and Ann Hui on Twitter @Nut_Graf @McarthurGreg @annhui
Report an error Editorial code of conduct
Due to technical reasons, we have temporarily removed commenting from our articles. We hope to have this fixed soon. Thank you for your patience. If you are looking to give feedback on our new site, please send it along to feedback@globeandmail.com. If you want to write a letter to the editor, please forward to letters@globeandmail.com.
Comments are closed