The Ford administration is singing a new tune on the waterfront. Faced with a revolt over a plan to wrest control of Port Lands property from Waterfront Toronto and build a flashy private development there, Mayor Rob Ford is backing down and agreeing to work together with the waterfront agency on the future of the area.

The mayor's influential brother, Etobicoke councillor Doug Ford, now says he is happy to co-operate with Waterfront Toronto, which he once described as a "boondoggle."

"Everyone wants us to work together and sing Kumbaya so we're going to work together with them," he said in an interview. "We've got some good ideas and they've got some. In my opinion, with my business experience, compromise is always the best solution." He said he is even considering taking a seat on the agency's board of directors.

Impatient over the pace of waterfront development, the mayor and his brother had proposed seizing a parcel of the Port Lands from Waterfront Toronto and handing it to the Toronto Port Lands Company, a city holding firm, for sale to developers.

It was Doug Ford who kicked off the Port Lands controversy by saying he would like to see a mega-mall, a Ferris Wheel and a monorail on the Port Lands, taking advantage of its skyline views and bringing in tourists.

Now he says he is willing to back off some of those ideas. A Ferris Wheel could just as easily go at Exhibition Place, he said, and, though the Port Lands needs some sort of transit, it would not have to be a monorail.

Asked about the controversy over his original remarks, he burst into laughter and said he had only been musing about possibilities. "Sorry to laugh, but, oh my God, it was just ideas. And that's how great plans happen."

Councillor Peter Milczyn, a member of the mayor's executive committee, said the new proposal leaves respected Waterfront Toronto in charge but allows the city to perform "due diligence" on the agency's plans, especially the re-naturalization of the mouth of the Don River at a cost of more than $600-million. The city wants to know if there are other, cheaper ways to protect the area from floods.

Critics will call the new proposal a defeat for the Fords – and no doubt it is. They have gone from trying to usurp Waterfront Toronto to embracing it as a partner – mainly because opponents pushed back.

But Doug Ford argues that something good has come out of it all. "There's been more talk about the waterfront than I've heard in, I don't know, 20 years. If we've done one thing it's accelerate this process."

He is right about that. Who, among the general public, even knew about the plan to develop the Port Lands before Doug Ford came along with his talk of Ferris Wheels? Even if the Fords fumbled the idea by springing it on the city, they are on to something.

The current Port Lands plan is going nowhere. It is immensely expensive. It does not take full advantage of the "look-back" opportunity of the marvellous real estate at the east side of the harbour, which demands something more ambitious than the low-rise mixed-use neighbourhood sketched out by Waterfront Toronto.

Can we do something bigger and better? Just as important, can we do something faster? With their clumsy waterfront intervention, the Fords shook us out of our complacency about progress on the city's most valuable asset. We may thank them some day. 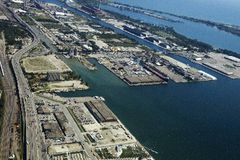 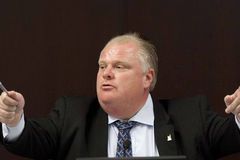 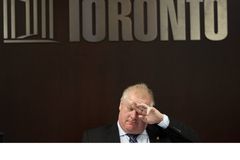 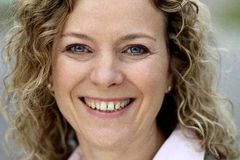 Mayor Ford's office slams 'deliberate attack' by Waterfront CEO
September 14, 2011
Follow Marcus Gee on Twitter @marcusbgee
Report an error Editorial code of conduct
Due to technical reasons, we have temporarily removed commenting from our articles. We hope to have this fixed soon. Thank you for your patience. If you are looking to give feedback on our new site, please send it along to feedback@globeandmail.com. If you want to write a letter to the editor, please forward to letters@globeandmail.com.
Comments