The relationship between Toronto Mayor Rob Ford and the Ontario government has descended into public feuding after Finance Minister Charles Sousa rebuffed Mr. Ford's plea to save a $150-million fund to pay for social programs in Toronto.

In a meeting that lasted more than an hour Monday at the Ministry of Finance headquarters near Queen's Park, the treasurer told the mayor he would cut the funding by 2016. Afterward, each side accused the other of intransigence, tearing apart a relationship sources said had already been frayed.

Mr. Ford said he was "furious" after his pitch to keep the money "fell on deaf ears," and that he would have to cut social housing as a result.

"We just have to shut down some programs. I obviously have to go back, without $150-million, go to the housing portfolio," he said. "It's going to hurt the most vulnerable people … They're suffering enough already. This is just adding insult to injury. This is adding salt to the wound."

Mr. Sousa fired back, accusing Mr. Ford of holding people in social housing "hostage" and of wanting the money to keep taxes low rather than to pay for social programs.

If Mr. Ford wanted to avoid slashing spending, Mr. Sousa suggested, he could find the money.

"We listened. I'm not sure the mayor heard us," he said. "He basically said: 'I'm not going to increase taxes, so you go ahead and do it.' "

He later added: "Those most vulnerable should continue to be supported, and there is no need for them to be held hostage."

Even before the meeting, the relationship was tense. Government sources said Mr. Sousa's chief of staff contacted Mr. Ford's office this month to discuss the matter, but the mayor's office never responded. Even after Mr. Sousa sent Mr. Ford a letter, the sources said, the mayor's staff did not get in touch to discuss it. They set up a meeting only after The Globe revealed the impending cuts last week.

City hall and Queen's Park sources, however, said the province never intended to negotiate over the cancelled funds. The government has been considering making the cut for more than a year – even going so far as to run it by the Liberal caucus's Toronto members – and was firm in its decision, the sources said. They added that the province just wanted a meeting with city officials to explain the reasoning behind the move. This firm position came as a surprise to the city.

Provincial sources stressed in the wake of the meeting that, despite the tension, Queen's Park is continuing to work with the city, citing the construction of four light rail lines and preparations for the Pan American Games.

The fund was set up to compensate the city for programs the province downloaded on municipalities in the 1990s.

Mr. Sousa argued that, because the province reassumed the tab for some of the programs it previously offloaded – the Ontario Disability Support Program, for instance – and forgave a $230-million debt Toronto owed it, the city will actually come out $110-million richer in 2016 than it is today.

Civic officials, however, point out that Toronto never intended to pay off the provincial loan anyway. If it is taken out of Mr. Sousa's calculation, Toronto will lose $120-million by 2016. They contend Mr. Sousa's math does not take into account all of the programs the province dumped on the cities – such as social housing – which Queen's Park is not planning to reassume.

Councillor Ana Bailao, chair of Toronto's affordable housing committee, said the cut will likely affect the $750-million repair backlog at Toronto Community Housing. She said she hopes the province will replace the funds it is cutting with money earmarked for housing.

"We have a big pressure on the housing file and the lack of funding with the removal of this 150-million is clearly going to have a negative impact, so we need to have this conversation as soon as possible," she said.

City budget chair Frank Di Giorgio, who was in the meeting with Mr. Ford and Mr. Sousa, said much of the disagreement is over what constitutes a fair deal for Toronto. He suspects the province is also "pounding" Toronto to gain political points in the suburbs and rural areas.

And regardless of having the province's loan forgiven on paper, Mr. Di Giorgio said, losing the funding will punch a hole in Toronto's budget that it must now address.

"At the end of the day, they are reducing the money they were giving us. I don't care how they slice it. We are getting less," he said. "It's going to put pressure us. I can tell you there is going to be a little bit of screaming." 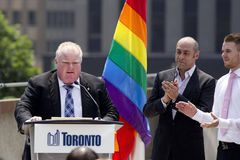 Mayor’s brother suggests Toronto should get rid of streetcars
May 11, 2018 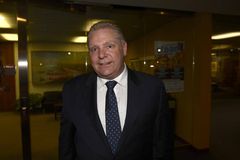 Toronto insists it had a funding deal with province
May 11, 2018 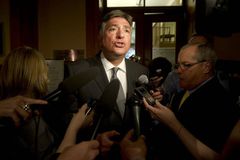