The TTC's Gary Webster is the straightest of straight arrows, a dedicated career public servant who sees his job as giving the best possible advice to city council and the mayor about Toronto's transit needs. Now he is on the verge of being fired for doing just that.

Mr. Webster's apparent crime is failing to be the Fords' parrot and echo their transit refrain: "People want subways." Instead of telling them what they want to hear, he told them what he, as a professional with 35 years of service at the TTC, thinks is right. So, off with his head.

It sends a terrible message to the senior civil servants who keep the city running. "We hire them to be competent, to give us the best advice," councillor Joe Mihevc said in a broadcast interview on Friday, "and today the mayor, through this action, is saying 'No, we don't hire you to give the best advice. We hire you to follow what I think.'"

Councillor Adam Vaughan, for his part, described Mr. Webster as the least political TTC chief he has seen, and called the threat to fire him "disgraceful."

It is hard to find a milder word. The threat shows the mayor at his worst, as a closed-minded bully who views anyone who expresses a contrary view as some kind of traitor.

The mayor and his circle have been gunning for the TTC and its chief for some time. Mayor Rob Ford's one-time chief of staff Nick Kouvalis, still a Ford pal, has aimed a steady stream of online gibes at Mr. Webster and the transit commission. "Is this guy for real?" he said on Twitter when the TTC head spoke his mind at a special city council meeting last week. "Get with the program or retire already."

Doug Ford himself told The Globe that the TTC needs "a complete enema." When Mr. Webster tried to talk about the St. Clair streetcar project at the special meeting, an angry councillor Ford burst out. "I'm hearing a lot of excuses right now." St. Clair, he said, "was a total disaster for the TTC."

Mr. Webster does not deserve that kind of treatment. A precise, gentlemanly fellow, he is always patient and unflappable at city council when councillors try to score points while questioning him. With Mr. Webster, there is no spin, just the facts.

What really angers the Fords is that the facts in this case are against them. Mr. Webster is merely the messenger.

At the special meeting, he had the temerity to say that, based on all the information in front of him, he backs a plan to build light-rail transit on Eglinton Avenue and other corridors. That put him in the cross-hairs of Mayor Ford and his brother, who want the Eglinton line to go almost entirely underground, forcing the cost up nearly $2-billion and leaving little money for rapid-transit on other streets.

Mr. Webster said that light-rail cars are "simply the wrong vehicle" for an all-underground line like the one the Fords want on Eglinton. A network of mostly above-ground light rail is "better value for money, yes sir," he told a questioner. Light rail "is the predominant mode, accepted worldwide" where density does not justify costly subways, he added.

All of that was nothing short of heresy for the Fords. They have been in get-even mode ever since the special meeting went against them, ending in a city council decision to scrap the all-underground plan for Eglinton and go back to a light-rail network that would look much like the Transit City plan championed by mayor David Miller. They are mad as hell at Karen Stintz, the TTC chair who engineered the change, but can't get rid of her for now because all of council would have to go for it. So the knives are out for Mr. Webster. 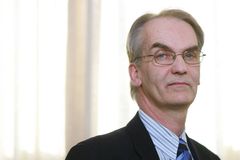 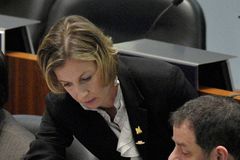 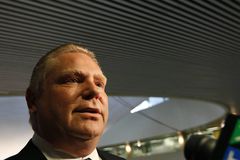 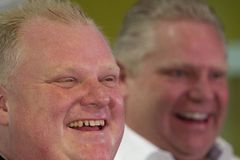 Stintz acting more like a fiscal conservative than Ford
February 9, 2012 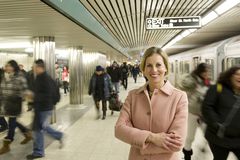