At the start of last year's mayoral race, Rob Ford's campaign team used an unconventional interpretation of provincial election laws that allowed a family-owned company known as Doug Ford Holdings to spend tens of thousands of dollars on early election-related expenses, according to election finance experts.

Doug Ford Holdings is a federally registered corporation whose directors include Doug and Rob Ford, as well as their brother Randy and their mother Diane. Established in 1962, it owns the family's printing business, Deco Labels and Tags, which was founded by the late Doug Ford Sr.

Between March and May, 2010, the corporation paid $69,722.31 toward salaries for campaign workers, a March 26 kickoff event at the Toronto Congress Centre, polling services and retainers for a chief fundraiser and a social media consultant. The documents also indicate that Doug Ford Jr., then Deco's CEO and now a city councillor, signed a $22,713.04 contract with the Congress facility on March 24, 2010, the day before Rob Ford officially filed his nomination papers.

While the corporation submitted several invoices to the Ford campaign, the filings don't specify whether the mayor's campaign team promptly reimbursed Doug Ford Holdings, or if the firm in effect advanced the team a loan until Mr. Ford's fundraising machinery kicked in later in the race.

In almost every campaign, candidates - who have no boundaries on what they can spend on their own campaign as long as it's within the overall limit - take personal loans from banks or other registered financial institutions to cover expenses, according to York University political scientist and campaign finance expert Robert MacDermid, who has been scrutinizing Mr. Ford's financial statements as well as those of his mayoral rival George Smitherman.

Prof. MacDermid questioned why Mr. Ford would use funds from the holding company when he could have gone to a financial institution.

According to Bernard Nayman, the former chair of a 2003 City of Toronto task force on campaign finance reform and a veteran election expense auditor, if a candidate allows a corporation to pay some routine campaign expenses and then promptly reimburses the funds, there's no concern. But if the campaign waits for months, those advances could be seen as corporate contributions because the candidate's organization may have been able to negotiate interest and repayment terms that it couldn't have obtained on the open market.

Mr. Ford's office declined several requests by The Globe and Mail over a period of a week to answer questions and provide documents indicating when the campaign organization reimbursed Doug Ford Holdings for the expenses it incurred. "The campaign acted in accordance with the rules," said Adrienne Batra, the mayor's spokesperson, in an e-mailed statement. "Suggesting otherwise is simply nonsense."

The invoice from the Congress Centre for the kickoff event is in a binder of photocopied campaign expenses and related documents that were filed last week with the Elections Toronto office at City Hall.

The election financial statements filed last week show that Mr. Ford spent $1,723,605.77 on his campaign, over $400,000 more than the $1,305,066.65 spending limit for mayoral candidates (candidates routinely overspend the limit without penalty because the limit rules exclude a broad range of fundraising expenditures). Mr. Smitherman's campaign, which cost almost $2.2-million, exceeded the spending limit by more than $800,000.

Mr. Ford's campaign team collected $1,080,849.38 in donations during the race itself. At the Harmony Dinner fundraiser for all the candidates held last January, Mr. Ford raised enough to eliminate his $639,526.60 deficit.

Toronto's election bylaws explicitly prohibit corporations and unions from donating cash, goods or services to municipal campaigns. The provincial Municipal Elections Act also states that candidates or their spouses may take out loans from "banks or other recognized lending institutions" to finance their campaigns, but does not explicitly prohibit borrowing from other entities. But the rules go on to say that "an expense shall not be incurred by or on behalf of a person unless he or she is a candidate."

Mr. Nayman pointed out that the Municipal Elections Act was revised in 2009 to place further limits on campaign contributions, but none of these have been tested in court and are therefore open to interpretation. Under the law, any registered voter can request a "compliance audit" if they believe on "reasonable grounds" that the act has been breached. The interpretation of the rules then goes to Toronto council's compliance audit committee. Consisting of three citizen appointees, it decides whether to proceed with a compliance audit and will appoint an auditor to supervise the process.

Asked about businesses advancing or lending money to a campaign, a Ministry of Municipal Affairs and Housing spokesperson pointed to the provision of the legislation that specifies a candidate or spouse may obtain a loan from banks or recognized lenders and it must be deposited directly into the candidate's campaign account.

The election filings also show the Ford team in July paid over $2,400 to obtain legal advice from Davis LLP, a national law firm, "regarding problems with the Municipal Elections Act" and campaign loans and guarantees by the family holding company.

The documents also raise other questions about the complicated relationship between Mr. Ford's campaign and the family's printing company.

The filings include numerous invoices from Deco Labels, which generated sales of about $150,000 associated with the campaign's printing expenses as well as leasing income for the use of its premises. On some of the invoices, the salesperson is listed as "DF" without explanation, on others as "Doug Ford."

The documents also include a series of e-mails from Deco's chief financial officer Stephen Chan, in which Mr. Chan approves various campaign expenditures between June and December, 2010, such as salary invoices for campaign workers. The filings show that in October, Mr. Chan billed the campaign for over $12,000, but his name does not appear on earlier spreadsheets itemizing the names and pay scales of campaign staff, raising questions about whether Mr. Chan was a paid member of the campaign team or approving expenses from his office at Deco. Mr. Chan did not reply to an interview request from The Globe. 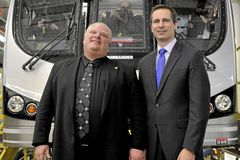 Mayor should put his money where his plans are
March 31, 2011 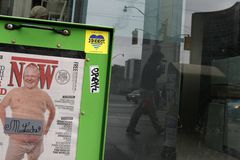 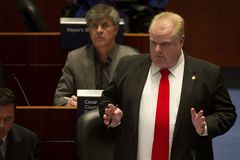 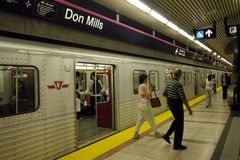 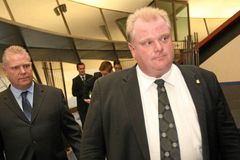 If Ford is smart, his firm will cease business with city
March 25, 2011
Rob Ford's campaign expenses range from Oreos to office space
March 25, 2011 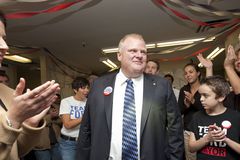 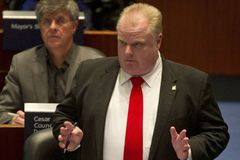 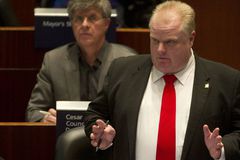