Etobicoke is losing a major employer and a landmark on its lakeshore with news that the former Christie Cookie plant is closing next year, eliminating 550 jobs.

The new owner of the sprawling plant, well-known for its water tower – visible from the nearby Gardiner Expressway – and the smell of baking, made the announcement Thursday following a meeting with the plant's workers.

"It's a bad day, not only for my community but for the City of Toronto," said Councillor Mark Grimes, who represents the ward where the plant is located. "It's brutal."

The closing of the plant, built in 1948, marks an end of a local institution, said Mr. Grimes, who remembers visiting the cookie and cracker factory as a Cub Scout.

It also is likely to be the next battleground in the city's fight to protect industrial land in a market that is feeling pressure from in-demand residential developments.

The site at the corner of Lakeshore Boulevard and Park Lawn has gradually been surrounded by condo towers, Mr. Grimes said. On Thursday, when its owners came to meet with Mr. Grimes and Councillor Peter Milczyn, who represents the neighbouring ward, they brought plans that envisioned 27 new residential towers on the 27-acre site, or about 7,000 new homes.

Mr. Grimes said he will meet with city staff to see if anything can be done to encourage the plant to stay. If that can't happen, he vowed to fight to keep the site as employment land.

"I've always said if we keep getting rid of pieces of property like this we will be driving to Sudbury to go to work," Mr. Grimes said. "It's very important that we maintain these lands."

Mr. Milcyn, also chair of the city's planning and growth committee, said the closing will put pressure on the operations of the other major employer in the area, the Ontario Food Terminal on the north side of the highway, and on city staff who will have to respond to a massive proposal to redevelop the site.

The food terminal, a provincial facility with long-term leases, is not going anywhere, Mr. Milcyn said, but he and Mr. Grimes have fought to keep residential development from crossing to the north side of Lakeshore Boulevard. "We have always said there is a line in the sand and we don't want that to be eroded," he said.

A recent Ontario Municipal Board case involving a nearby site that was rezoned over the city's objections means that line has been crossed, he said.

"It's a disaster for the people affected right now and for the city," Mr. Milcyn said of the plant closing.

The plant's owner, Mondelez Canada, which was spun off last month from Kraft Foods Inc., gave three reasons for the plant's closure: the growth of nearby residential development that made it difficult to operate in the area, the age of the facility, and excess capacity.

Company spokesman Stephanie Cass said she could not comment on future plans for the site. She said some of the products made at the plant will be shifted to other facilities in the east end of the city and to a plant in Montreal. The remaining products will be made at facilities outside Canada, she said. 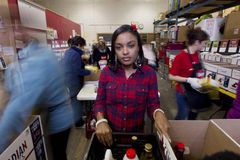 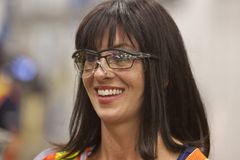