Councillor Rob Ford, whose tumultuous four years as mayor of Toronto turned him into an international phenomenon, died on Tuesday at the city's Mount Sinai Hospital. He was 46.

Official word of his death came in a statement from his office: "With heavy hearts and profound sadness, the Ford family announces the passing of their beloved son, brother, husband and father, Councillor Rob Ford earlier today."

His passing marks the end of a rare political actor whose everyman persona, budget-slashing agenda and very public substance-abuse issues inspired both intense loyalty and deep loathing among the city's diverse electorate.

Mr. Ford, a father of two, had been diagnosed with pleomorphic liposarcoma, a rare form of soft-tissue cancer, in September of 2014, amid a heated re-election battle. The illness forced him to withdraw his mayoral candidacy to focus on cancer treatments.

This month, the disease progressed to a terminal phase and he was moved to palliative care.

Public word of his death came just after 11 a.m. on Tuesday, followed swiftly by reaction from public officials of all stripes.

"My heart goes out to his wife, Renata, and his two young children. Our thoughts are with the entire Ford family at this difficult time," Prime Minister Justin Trudeau said in the foyer of the House of Commons.

At a news conference flanked by the bulk of Toronto city council, Mayor John Tory paid tribute to his "gregarious" adversary, saying it was "possible to disagree with him, while also to continue to get along with him."

He said Mr. Ford was the only politician he had ever debated who would quietly warn him that he was about to land a political blow.

"He would turn to me at a moment with somebody else was speaking in the debate and say, 'Buddy, I am about to knock you out cold.' And he would then prepare to deliver and then in fact deliver whatever verbal blow he had in mind. Then, once that was done, he would smile, and he would move on."

Mr. Tory then led some of the politicians down to City Hall's rotunda, where they stood in line with about 20 citizens who were waiting to sign a book of condolence in front of a battery of television cameras.

Councillor Giorgio Mammoliti, a staunch Ford supporter who nevertheless clashed with him over the years, took a package of pastel-coloured chalk with him into Nathan Phillips Square, where he wrote a large, all-capitals message of condolence of his own in front of the large multicoloured Toronto sign: "Mayor Ford, you may be gone but your voice has been heard and you will be with us forever. RIP."

He said he hoped others would follow his lead, mimicking what mourners did after the death of NDP leader and former city councillor Jack Layton in 2011. As of midday, a handful of similar messages of condolences for Mr. Ford had been scrawled near his.

The son of a well-known Etobicoke businessman and former provincial MPP, Mr. Ford left the family label business to win a council seat in 2000. Re-elected twice, he turned his attentions to the mayoralty in 2010, launching a long-shot campaign for the city's highest office.

Once in office, he axed the widely unpopular vehicle registration tax, contracted out a portion of the city's garbage collection, squeezed concessions from the city's powerful public-sector labour unions and held tax increases below inflation.

His public support only began to erode in May, 2013, after stories emerged on the U.S. website Gawker and in the Toronto Star about a video showing the mayor smoking what appeared to be crack cocaine. The revelations touched off a Toronto Police investigation and ceaseless lampooning on U.S. late-night talk shows.

The mayor vehemently denied the accusations until abruptly reversing himself in November of 2013, admitting to a throng of reporters, "Yes, I have smoked crack cocaine."

Despite the confession, the mayor refused to acknowledge he had a substance-abuse problem until The Globe and Mail published details of a second video showing Mr. Ford abusing drugs, forcing him to enter rehab.

Four and a half months later, the discovery of a tumour derailed his mayoral campaign. His brother, Doug, entered the race, eventually losing to Mr. Tory. 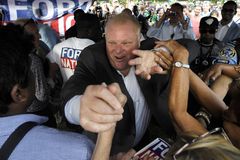 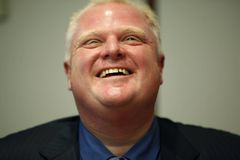 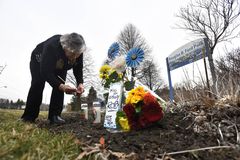 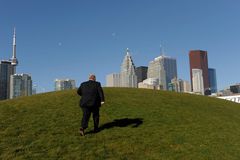 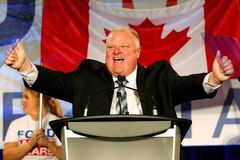 Follow Patrick White and Jeff Gray on Twitter @Nut_Graf @jeffreybgray
Report an error Editorial code of conduct
Due to technical reasons, we have temporarily removed commenting from our articles. We hope to have this fixed soon. Thank you for your patience. If you are looking to give feedback on our new site, please send it along to feedback@globeandmail.com. If you want to write a letter to the editor, please forward to letters@globeandmail.com.
Comments