If you tried to attack Fort York this summer, your chief problem would have been finding the place. One of Toronto's most important and earliest historical sites, it once sat on a bluff overlooking Lake Ontario; today the shore has been pushed 500 metres away, the Gardiner Expressway roars overhead, and rail lines have severed the fort from the city it was built to defend.

That changes this weekend. A striking new visitors' centre, which opens officially on Saturday, adds a new, prominent front door to the fort area and a museum that provides an introduction to the history of the place.

The weekend's festival brings a diverse range of dance and musical performances into the new centre, with the goal of luring Torontonians to see the place afresh. "We're opening the fort this weekend," says David O'Hara, manager of Fort York Historic Site, "but our plans don't end there." With the new centre, he says, "We're opening up ourselves to the city on all sides."

That is literally true. The $25-million visitors' centre faces Fort York Boulevard, a street that links the new neighbourhood of condo towers built south of the fort. Head north under the Gardiner, and you meet the front face of the museum, a long bank of "weathering steel" panels that have a patina of rust. This evokes the slope that was here in 1793, when the fort was established to defend the town of York.

The fort itself is behind, on ground six metres higher. "It's an an upside-down landscape," says architect Jonathan Kearns of Toronto's Kearns Mancini, "where we come in on a modern landscape and rise up into an archeological one." The new centre – designed by Vancouver's Patkau Architects and Kearns Mancini – does its best to add new space without imposing on the site itself. The fort's barracks and blockhouses, some dating to 1813, were built as low as possible to be difficult targets.

This 43-acre site was the city's primary harbour defence from the 1790s through the 1880s. It is the spot where American invaders fought and overcame York's defenders during the War of 1812; after a six-hour battle that left 157 British and 320 American soldiers dead, the Americans looted the city, burned down the Parliament buildings and the torched the governor's house.

The story of the 1813 Battle of York will be told by an interactive exhibition, which will fill the largest gallery space – a 70-metre-long, sloping gallery that has been dubbed the "Time Tunnel." Those permanent exhibits require more fundraising by the Fort York Foundation and more time to complete; for now the museum is stocked with a set of temporary exhibitions around the theme of the First World War. The Time Tunnel features an installation by the Toronto conceptual artist Nestor Kruger which riffs on U.S. President Woodrow Wilson's 1918 "Fourteen Points" speech.

Contemporary art had no place in the fort before; in fact there was no fully climate-controlled museum space at all on the site. That changes with three new galleries; one will house the Magna Carta itself when it arrives on tour in the fall of 2015. The 24,000-square-foot building will also include a café, space for meetings and educational programming, as well as office space for city staff, who will vacate their current offices inside historic buildings of the fort, allowing them to open to the public.

The key to all this has been the redevelopment of the area south of the fort. About $5-million of its budget came from developer contributions through the city's Section 37 program; and new residents provide an impetus for new parks and public space, with the Fort at the centre of a network of green space. "We've been city-building on a grand scale. I see the [centre] not just as an adjunct to the historical fort; that's too narrow," says Stephen Otto, co-founder of the Friends of Fort York and one of the project's most visible supporters. "It is a community centre."

The current entrance to the fort is a small street called Garrison Road, which cuts north from Fleet Street on a bridge under the Gardiner and loops behind the still-active Fort York Armoury. (That site, occupied by the Department of National Defence, is the last active military presence in the area.)

The Gardiner was built here in 1958, following a former rail corridor, and south of it lay the monolithic Molson brewery.

Today, the former Molson site is the Fort York neighbourhood, home to thousands of people; as part of its redevelopment the city allotted space for a set of "view corridors" that make the fort more prominent. The new June Callwood Park there links to the Fort. New pedestrian bridges are planned. One bridge will cross the rail tracks to the north and connect the fort to a new 3.9-acre park bordering Liberty Village and the soon-to-be-developed Ordnance Triangle. Another park will extend east under Bathurst Street.

The new centre feeds both missions of the Fort, as a community gathering place and as a historic site. "People will go to the fort armed with the history and knowledge of the importance of the site," says Jonathan Kearns. "It makes the experience much more meaningful."

And whatever came of that invasion of York? The British government was not pleased. The next year, the British army invaded Washington, D.C., and burned Congress and the residence known as the White House. It took three years to rebuild. 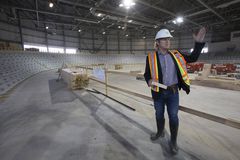 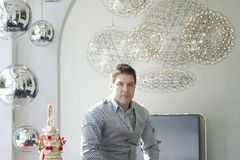 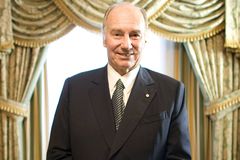 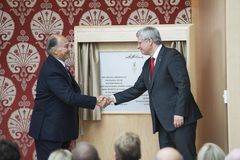