A hearing into drug charges against a friend of former Toronto mayor Rob Ford began Tuesday with the accused a no-show, one count against him withdrawn, and his co-accused making an extraordinary request to be excused from trial.

Alexander (Sandro) Lisi, who was also Ford's sometimes driver, was ill and did not appear for what was to be the start of the trial, forcing a premature end to the day's hearing.

His lawyer, Domenic Basile, told court Lisi suffers from vertigo and his mother said he had been throwing up.

Ultimately, Khawly put the hearing over until Wednesday, warning that if Lisi did not appear, "all bets are off."

Lisi, 36, was charged in October 2013 as the "crack video" scandal engulfed the notorious former mayor, now a city councillor.

The charges against him and co-accused Jamshid Bahrami — both are out on bail — arose as police investigated Ford amid reports of a video that apparently showed him smoking crack cocaine. At the time, Ford called Lisi a "good guy" and expressed shock at the charges.

In a highly unusual request, Bahrami, a west-end dry cleaner, asked to be excused from the trial.

Bahrami, 47, suffers from a chronic, degenerative form of rheumatoid arthritis that leaves him in constant pain, said his lawyer, Jacob Stilman, adding his client's condition would never get any better.

"The court is not going to be a party to a situation where someone is allowed to have their trial in their absence. It smacks of injustice," Khawly replied.

"I will not do a trial in his absence," Khawly said.

Khawly insisted Bahrami attend the trial, but promised to take breaks or make other allowances as required.

Stilman, who outside court described his client as the proverbial deer caught in the headlights, suggested he would argue Bahrami was entrapped as police went after Ford and Lisi. He noted Bahrami has a licence to use medicinal marijuana for his condition.

Prosecutor Kerry Benzakein told court she was withdrawing the conspiracy charge and suggested she might be willing to drop the possession charge as well.

Basile said he planned to argue key evidence against Lisi — intercepts of conversations between Bahrami and an undercover officer — are inadmissible, leaving the prosecution with what he called a much weakened case.

Lisi is also in the middle of a preliminary hearing in a separate case in which he faces an extortion charge related to efforts to retrieve the notorious "crack video." 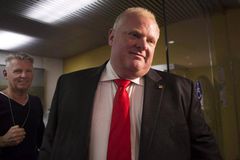 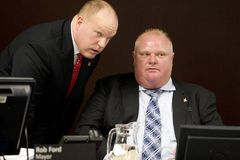 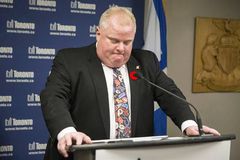