When Annie Koyama was housebound for months on end years ago, recovering from an illness, she never figured she was on her way to becoming a respected – and now feted – comic book publisher. Koyama Press is celebrating its 10th anniversary at this weekend's Toronto Comic Arts Festival, where the company and its stable of artists will participate in programming that spotlights their decade-long run but where they'll also debut their spring lineup at a blazing red booth near the entrance to the Toronto Reference Library. The new books comprise a typically diverse and rainbow-hued bunch, from cleanly drawn memoirs dealing with the perils of parenting or long-distance cycling to tongue-in-cheek treatises on Japan's Lolita subculture or Toronto's condo crisis to pure phantasmagoric eye candy – always a Koyama Press specialty.

The publisher has grown from a one-woman passion project, launched from Koyama's home office, to a self-sustaining mid-sized press, headquartered at historic 401 Richmond and nestled among like-minded arts organizations. Koyama no longer personally carts her comic pamphlets and newspaper broadsheets to now-vanished indie bookshops such as Pages or David Mirvish Books, but employs a small staff to help launch a dozen or so impeccably designed titles each year. Koyama Press offerings regularly appear in year-end roundups and book award short lists – Slate's Cartoonist Studio Prize and the L.A. Times Book Prize nominated four Koyama authors this year – while The New Yorker and The Paris Review routinely spotlight Koyama cartoonists.

"I respect how Annie has built her publishing company carefully over time," said Bill Kartalopoulos, the series editor of Houghton Mifflin Harcourt's annual Best American Comics series, who collaborated with Koyama Press on Aidan Koch's poetic, painterly After Nothing Comes. "[Annie's] always focused on her core interests, never overextending herself, slowly developing step by step to create a stable and vibrant independent publishing house with a strong identity that is built to go the distance for her artists."

But more than a decade ago, creating that publishing identity was far from Koyama's mind. She was thinking instead of her globetrotting dreams. "I was going to drop everything and travel," she recalled of her plans to escape an increasingly numbing career in advertising. Having made a lot of money in the industry – "because I didn't put it all up my nose" – she'd set aside a sum to fund her travels. Then illness waylaid her.

"I'd saved enough to go anywhere, for two years and then I got sick. So I had that money and I couldn't use it. I couldn't leave the house. But I'm too restless. So aside from watching every Blue Jays game there was, I'd look up and, on the night table, you've got all these pill bottles lined up. I would say, 'Gee, someone is making a … ton of money out of this. Maybe if I invested in Merck or Pfizer …"

The stock market was kind to Koyama ("You don't have to be Warren Buffett to know what's going on," she said), and her one-time travel budget grew even larger. "But I don't have kids. I don't have debt," she said. "What am I going to do with that money?" An art connoisseur from an early age – and one concerned that grants for artists were becoming scarce – she decided to invest her modest profits in patronage of the local and emerging artists she admired, particularly the cartoonist-like illustrators of op-ed pages and gig posters and, soon enough, actual cartoonists.

After initial efforts funding artists' T-shirts and prints, her attention turned to book publishing when she realized that a new favourite, the collective called Trio Magnus, had amassed a body of work that called out for deluxe treatment. "You should make a book of this!" Koyama enthused. "We should make a book!" So in early 2007, Koyama Press was born with the release of Trio Magnus: Equally Superior, a perfect-bound, full-colour art book on glossy paper stock and wrapped with a belly band – in short, no one's idea of a first-ever publishing project.

That maiden title, though, would be typical of Koyama Press books to come in its look and exacting design. Over the years, the visual styles that Koyama foregrounds have never remained consistent, though their wild variations conform to Annie's very identifiable tastes – there's no mistaking a Koyama Press book for any other publisher's. The draughtsmanship of Koyama cartoonists ranges from the purposefully primitive scrawlings of Walter Scott's art-world satire Wendy to the understated impressionism of Julie Delporte's Journal and the virtuosic pointillism of Renee French's creepy Baby Bjornstrand. Uniting all these approaches is an irrepressible, bug-eyed verve that often favours bold colours or psychedelic doodling, making each page vibrate with life.

Such a visual signature is likely the result of Koyama's eye as an art collector as much as her literary judgment as an editor. She began collecting original art as another way to support her favourite creators and recently donated much of her holdings to Ohio State University's Billy Ireland Cartoon Library & Museum, a mecca for comics scholars and fans, where an exhibit of the collection will be mounted throughout 2018. "The closest comparison [for what Annie does] might come from the art world and curators like Ydessa Hendeles," said Ed Kanerva, Koyama Press's marketing and production manager. Indeed, the publishing house's line of books can at times more resemble a gallery catalogue than a publisher's backlist.

Thematically, Koyama Press books perhaps present less of a coherent brand. Though the offerings are rich in queer and feminist perspectives, Koyama insists that such diversity occurs as a matter of course rather than by design. Speaking of Condo Heartbreak Disco, Eric Kostiuk Williams's new mashup of drag, superheroics and the housing crisis, Koyama pointed out that "Eric's story is not an LGBT story – it's a gentrification story." Other recurrent concerns include goofy comedy, body horror and autobiography, of the warts-and-all or mildly allegorical varieties and often involving representations of coping with depression. Such divergent traits reflect the publisher's own contradictory personality. Describing herself as "someone with a damaged brain coupled with A-type tendencies and a restless, short attention span," she said, "you can draw comparisons with the work that I bring in."

One of the artists most closely aligned with Koyama's sensibility – or at least whose career seems most intertwined with her own – is Michael DeForge. Now the author of more than a half-dozen books, all of them wired with insomniac fancies and oozing with flop sweat, DeForge launched his signature Lose comic book series with Koyama in 2009, when both artist and publisher were virtual unknowns. "Anne took a huge chance on me," DeForge said, "and takes chances on a lot of other artists, which is a rare thing these days. It's not often an artist meets someone who is truly an advocate for them – someone who encourages you and trusts you to the extent that Anne does with her artists."

Though the press's reach is international, much of Koyama's advocacy and trust gets devoted to Toronto talent – a community intimately documented in Wailed, Robin Nishio's portfolio of the city's young artists at work. Among them are Patrick Kyle, Chris Kuzma and Ginette Lapalme, who publish and exhibit together as Wowee Zonk, another outfit that's particularly simpatico with Koyama's interest in straddling the line between high-culture art books and low-brow zines (a Lapalme-designed pillow, shaped like a cartoon kitty, is snuggled up in a chair at the Koyama offices). Fresh out of OCAD University, "[we were] doing everything possible to get our name out there but maybe not completely sure of our trajectory," Kuzma said. "Annie granted us a real opportunity when she first decided to publish our work, but ultimately she provided us with the acknowledgment that is so important for young artists."

Koyama's reputation for nurturing new talent is legendary. "She hasn't been burdened by nostalgia for a bygone comics style or way of doing things. And she isn't afraid of being eaten alive by millennials," said writer-translator Anne Ishii, who co-founded the gay manga publisher and merchandise company Massive Goods and worked with Koyama on Rokudenashiko's hit What Is Obscenity?, about the Japanese artist's arrest for creating artwork based on 3-D scans of her vagina. "Her trusting approach has perpetuated a feeling of security that helps artists, especially young ones, get so good at what they do."

This passion for the new and untested is crucial in a comics scene that's now in its second decade of widespread cultural acceptance. Art comics have seen a slew of important anniversaries lately, including 20 years for Nova Scotia's Conundrum Press and a quarter-century for Montreal's Drawn & Quarterly. But Koyama's decade strikes me as especially significant now that it's easier than ever for cartoonists to get their work seen online and harder than ever to get paid for it, and when so many other new publishers gamble on crowdfunding to shore up their efforts. Ten solid years of Koyama Press is more than just a milestone for the company, it's a reassuring bellwether of the art form's well-being.

Koyama Press will continue to publish 10 to 12 titles annually – "I don't want to be bigger than that," Koyama said. She remains clear-eyed about the uncertainties ahead, from rising rent to skyrocketing shipping rates, as well as the toxic political climate across the border. But one silver lining remains – the same one that encouraged Annie Koyama to reroute her travel funds all those years ago. "The one positive thing is that artists are still out there creating great work," she said. And Koyama Press is still there to publish them.

What illustrator Dave McKean is reading, watching and listening to
May 10, 2017
‘Sometimes, as an adult, you need that escape’
May 9, 2014 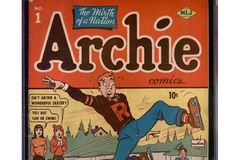 Japanese artist Rokudenashiko on sexuality, obscenity and jail time
May 24, 2016 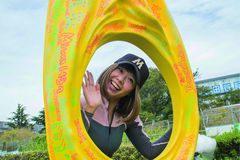