As the pale SUV careered out of the gas station on Saturday night, Jayesh Prajapati went dashing after it.

The attendant ran out of the northwest Toronto station's convenience store and almost into the path of the vehicle, trying to stop a driver making a run for it without paying for gas. From Ann Lapenna's sixth-floor balcony, it looked like Mr. Prajapati grabbed the tailgate as the car sped up and screeched off.

But it was clear within moments that he couldn't get loose. The speeding SUV dragged the man along the pavement for more than half a block. It took the bump from a pair of defunct streetcar tracks to knock him free.

Police were there by the time Ms. Lapenna rushed downstairs and outside. But it was too late. "He was already gone. I could tell," she said. "As soon as they turned him over. His body was just lifeless."

The man now wanted for second-degree murder is known to police. Max Edwin Tutiven, 39, has convictions ranging from driving offences to assault. He stole gas at least once before, and was wanted on outstanding warrants in both Toronto and Montreal, where police believe he may have fled. A police source told The Globe and Mail Mr. Tutiven has ties to a west-side Toronto gang.

This is not the first time a so-called "gas and dash" has turned deadly. In 2005, the death of Maple Ridge resident Grant De Patie over $12 of gas spurred B.C. legislators to make drivers pay before they pump. Ontario could benefit from the same, said the local MPP, Mike Colle.

Mr. Colle plans to go further: He told The Globe he'll bring forward a bill to suspend the licence of anyone convicted of gas theft, and ensure gas-station retailers cannot pass the costs of theft to their employees.

Retailers are largely responsible for gas thefts at Shell stations, a company spokesman said on Monday. Ontario law prohibits employers from deducting such thefts or losses from an employee's pay. But there are ways of getting around this, Mr. Colle said – by giving an employee fewer hours, for example. "There seem to be some of these grey practices. … I'm looking to see if we can put an end to that," he said. "We have to make the public understand this is not a victimless crime. You're not stealing from the big oil companies … you're endangering lives and causing economic grief to someone making $10 an hour."

Mr. Colle plans to bring his private member's bill forward in "the very near future."

Shreds of red cloth – bits of Mr. Prajapati's clothes, Ms. Lapenna said – were still embedded in the pavement alongside dark curves of tire marks leading out of the gas station on Monday afternoon. A makeshift memorial of cards and flowers was set up on a hydro pole near where Mr. Prajapati's body fell. Many of the tokens were from nearby residents.

Mr. Tutiven's criminal record stretches back more than 18 years. He's a former associate of John Raposo, who was shot dead on June 18 in Toronto's Little Italy. Like Mr. Raposo, Mr. Tutiven belonged to the McCormick Boys gang, a police source said on Monday.

Mr. Tutivan was a suspect in a peeping Tom investigation near the University of Toronto six years ago.

Mr. Alibhai remembers how thrilled Mr. Prajapati, originally from India, was to get his Canadian citizenship. He was "like a family member" to many people who worked at the gas station, Mr. Alibhai said, adding that Shell is setting up a trust fund for Mr. Prajapati's wife and son, who live in Etobicoke. Mr. Prajapati had worked at the station for about three years, he said.

"This has brought sadness to all of us," he said. "He was one of the finest people."

Mr. Prajapati had a master's degree in applied chemistry and spent the six years since he arrived in Canada trying to get a job in his field. "But he was a perfectionist in any job he did," said his brother-in-law, Hemant Kumar. "But … he was hopeful that one day he would get a job in his field and from then on, everything would be fine."

Mr. Kumar's voice wavered when he was asked what will happen to Mr. Prajapati's wife, Vaishali, who works at a temp agency, and the couple's 11-year-old son, Rishabh. "I don't know. I don't have the guts to ask." 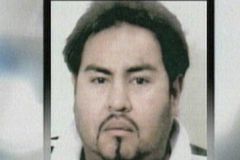