This story was originally published on Dec. 7, 2017. On Jan. 18, 2018, police charged a man in connection with the murders of two missing men from Toronto's gay community.

For decades, the Church and Wellesley area was seen as a secure haven for Toronto's gay community but also for single straight women or those seeking acceptance for their sexual diversity.

But an unease has been growing in recent years as a result of a spate of missing-person cases that remain unsolved. With the recent killing of a young club goer and confirmation of the death of a transgender woman, worries in the Gay Village have reached such a point that when friends of Dani Rose head home after working nights in the local clubs, they video-call her from their cellphones as a safety measure.

"I've had lots of gay friends in their 30s and 40s, grown men who should feel more comfortable in the area they've lived their whole life," Ms. Rose said in an interview. "They don't feel safe not being accounted for five minutes. That's pretty telling of the state we're in right now, that people don't want to walk two blocks home by themselves."

Toronto police are expected to hold a media briefing at police headquarters on Friday morning so investigators can offer the frightened community details about their efforts to solve the various crimes. "They're attentive to the fact that there is anxiety and concern out there," police services spokesman Mark Pugash said.

A bartender, Ms. Rose moved to the Village five years ago, seeking a safe neighbourhood where she would not be harassed when she returned home from her night-shift job. In recent months, she has found herself looking at pictures of Andrew Kinsman, whose bearded face appears on posters plastered on utility poles and some storefronts along Church Street. Mr. Kinsman vanished on June 26, the day after the annual Pride Parade.

Earlier this year, there were posters seeking help locating a transgender woman, Alloura Wells. Four years ago, the windows of Church Street bars were plastered with posters of three other men who had also gone missing.

"It's like this haunted shrine," Ms. Rose said. "These people were vanishing off the face of the Earth."

Near one of the Kinsman posters, next to a plywood-boarded house, is a makeshift memorial for Tess Richey, a 22-year-old who was killed after going out to a drag club in the Village two weeks ago. A day after Ms. Richey's body was discovered by her mother, police confirmed the death of the 27-year-old Ms. Wells.

Toronto police have set up a dedicated team, Project Prism, to look at Mr. Kinsman's case and that of another man who disappeared in April, 44-year-old Selim Esen. "The longer these two men are missing, the more concern there is that foul play may have been involved," the police said in a communiqué on Tuesday.

An earlier task force, Project Houston, looked at the cases of three Village regulars, Abdulbasir Faizi, Skandaraj Navaratnam and Majeed Kayhan, who went missing between 2010 and 2012. Their disappearances were uncharacteristic. Mr. Navaratnam left his dog behind. Mr. Faizi lived with his wife in Brampton and didn't return home. His car was found in Toronto.

Two weeks ago, Ms. Richey went with a friend to a Village drag bar, Crews & Tangos. She was last seen around 3 a.m. on Nov. 25. Her family reported her missing later that day. Her mother, who travelled from North Bay to put posters around the area, found Ms. Richey's body in a laneway by the abandoned house, two blocks from Crews & Tangos.

The family has criticized Toronto police for failing to search the area properly and not responding promptly when they reported her missing. The service's Professional Standards unit will now review the conduct of officers who handled the case.

The day after Ms. Richey's body was discovered, Toronto police confirmed that a body found in an east-end ravine in August was that of Ms. Wells.

Her remains were found in August; she was reported missing in early November, but it was only after three weeks – following a series of miscommunications and pressure from the sex-worker outreach group Maggie's – that police realized it was possibly Ms. Wells's body and conducted DNA tests.

Monica Forrester, a co-ordinator at Maggie's, said Ms. Wells's father, Michael, was initially turned away when he went to police because his daughter was a homeless sex-trade worker. Ms. Forrester said it was only through the persistence of Rebecca Price, the woman who found the body, that its identity was established. "What does it say about the accountability of agencies and police when keeping people safe?" Ms. Forrester said.

The two deaths and the disappearances have brought memories of past violence against gay people in Canada.

In the spring of 1991, two gay men were killed in their homes in Montreal. Eight years later, serial killer Michael Wayne McGray was charged in connection with the two slayings.

For the writer Joshua Hind, Ms. Richey's death brought back recollections of the 1994 murder of his uncle, Larry Arnold, a gay man whose body was found in a Toronto ravine a month after he disappeared. "The police investigated, barely. It took weeks to find his body in a location < 10 mins walk from where he disappeared," Mr. Hind wrote in a tweet.

Veteran crime reporter James Dubro said he was reminded of Harley Walker, a 72-year-old Torontonian who was murdered in 2006 after befriending his killer on a gay internet chat room. His body was only recovered six months later, buried in a storage locker by a roadway.

"Normally, when you meet someone at a bar or in the street, you talk to them and you assess them," Mr. Dubro said. "But you don't get that personal assessment online."

Mr. Kinsman was known to be using a dating phone app, Scruff.

In the communiqué it released this week, Toronto police urged online dating users to screen their interlocutors, either asking for more photos or speaking on the phone before meeting.

The missing-person cases "might be very hard to solve," Mr. Dubro said. "It's not like a murder where you have a body and a trail of suspects."

Ms. Rose recently created an online map, charting 11 cases in which people have disappeared or been killed in or near her neighbourhood since late 2010.

The map has been widely posted on social media, where community members have also criticized the police and shared safety tips or cautionary rumours about fake Uber drivers. The Church Wellesley Neighbourhood Association meanwhile is looking at launching a safe-walk program.

Mr. Kinsman's family is still actively looking for him. The 49-year-old was not transient, said his sister, Karen Coles. He was superintendent in a building near Riverdale, volunteered in the community, doted on his cat.

Relatives and friends have canvassed the ravines, the Riverdale area, the Leslie Spit headland. They are revisiting the same places again, hoping they might find something now that the weeds and foliage have cleared in the fall.

Ms. Coles, who lives in a rural area north of Belleville, will be in Toronto at 11 a.m. on Saturday, on the pedestrian overpass over the Don River that leads to Riverdale Park East, from where they will search northward.

"It's the hardest thing for a family, when someone goes missing," Ms. Coles said. "All we want to do is find him and bring him back."

"We keep hoping," she said. 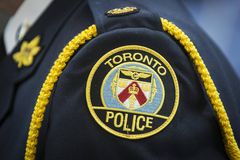 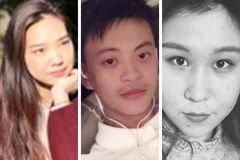