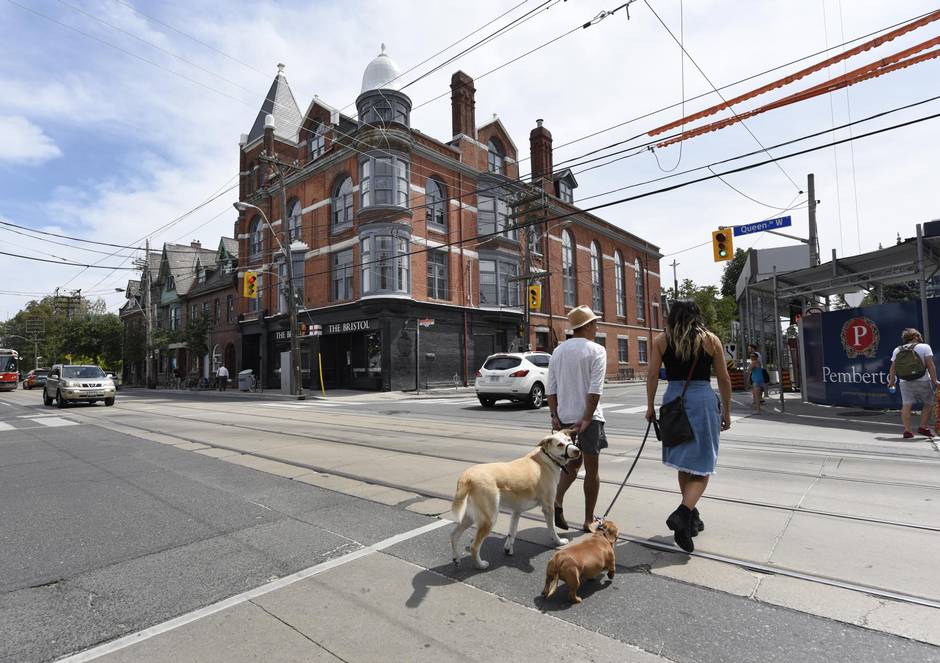 The continuing revitalization work being undertaken at The Great Hall (as seen from the northwest corner of Queen St. West and Dovercourt Rd.) is photographed on August 15 2016. (Fred Lum/The Globe and Mail)

No earthquake, flood or hurricane destroyed old Toronto. No war laid it waste. Bulldozers and cranes knocked down scores of fine buildings in the rolling wave of destruction called urban renewal.

Countless Victorian houses fell to the wrecker’s ball. So did the old Trinity College, the grand General Post Office and the castle-like University Avenue Armouries. So did Chorley Park, the Rosedale mansion that was once the official residence of the lieutenant-governor.

Steve Metlitski shakes his head at the folly of it all. The developer, who comes from Belarus and arrived in Canada in 1989, was appalled when a friend took him to Guild Park atop the Scarborough Bluffs. Spread about its grounds are fragments from majestic buildings torn down in the post-war building boom: columns, arches, facades – the ruins of what once was. He thinks it’s “criminal, just insane” that Toronto was so careless with its architectural heritage. 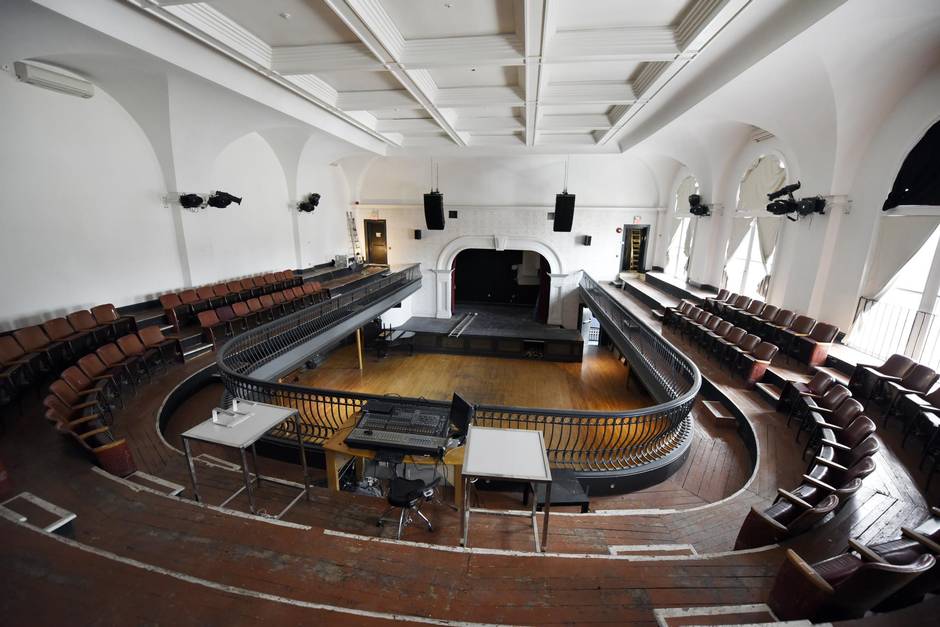 Built in 1889, the Great Hall at Queen and Dovercourt was home to the first West End YMCA; most recently, it has served as a community arts centre and performance space. (Fred Lum/The Globe and Mail)

In his small way, Mr. Metlitski is trying to preserve a part of what is left. As the owner of Triangle Development, he is overseeing a painstaking, top-to-bottom renovation of one of Toronto’s last Victorian gems: the Great Hall at Dovercourt Road and Queen Street West.

Opened in 1890 as the first West End YMCA, the building has a colourful history in several chapters – first as the Y before the organization opened a new building up the road at College Street and Dovercourt in 1912; then as home of the Royal Templars of Temperance, a group that fought the scourge of alcohol abuse; then headquarters of the Polish National Union, when it published a Polish newspaper and took in Polish refugees of the Second World War; and finally, in the last couple of decades, as a community arts centre and performance space where musicians from Feist to Metric to Daniel Lanois came to play.

Distance runner Tom Longboat trained there before winning the Boston Marathon in 1907. Mayoral candidates Sam McBride and Bert Wemp debated there in 1929. At a gathering of psychics on Boxing Day, 1920, the audience heard a lecture entitled What and Where is Heaven? 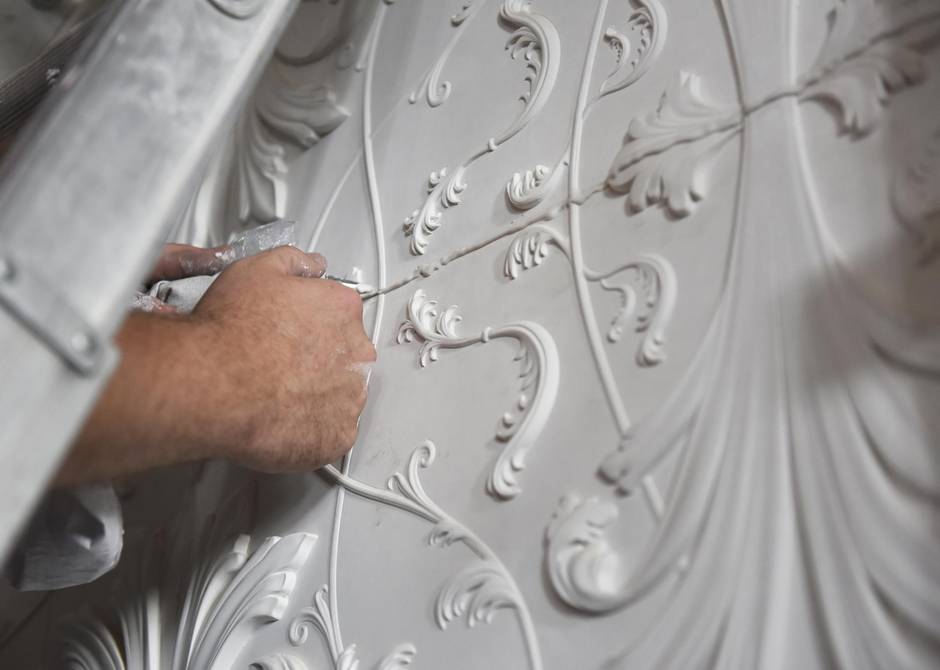 The landmark edifice, with its red-brick façade and domed corner turret, had fallen on hard times when developers started eyeing it. The dome was discoloured with age; the paint around the windows was chipping and peeling; leaks had damaged many of the floors and ornate ceiling mouldings. The building’s most famous space, the balconied auditorium, was painted a hideous peach. The men’s washroom boasted exactly two urinals and two stalls, and one of each was broken.

Returning the Great Hall to its former glory has taken two years and cost from $3.5-million to $4-million. Mr. Metlitski’s crew had to install an elevator to make the building accessible; pull up generations of plywood and tile to reveal the original wood floors; repaint and restore the tall windows, some of them surviving from 1890, that bathe the interior spaces in light; and find a way to put a modern cooling system in a 126-year-old building without leaving the new ducts exposed.

Like an archeological dig, the work kept yielding small discoveries: discarded tickets from shows in the 1920s, an old booze bottle hidden in a wall (take that, temperance zealots), an original pillar with beautiful ornamentation, discovered when workers pulled down a dropped ceiling. On the bottom level, where the Y had its gym, a faded, hand-painted sign on the brick wall says: Visitors and members must not come on floor without gymnasium shoes. 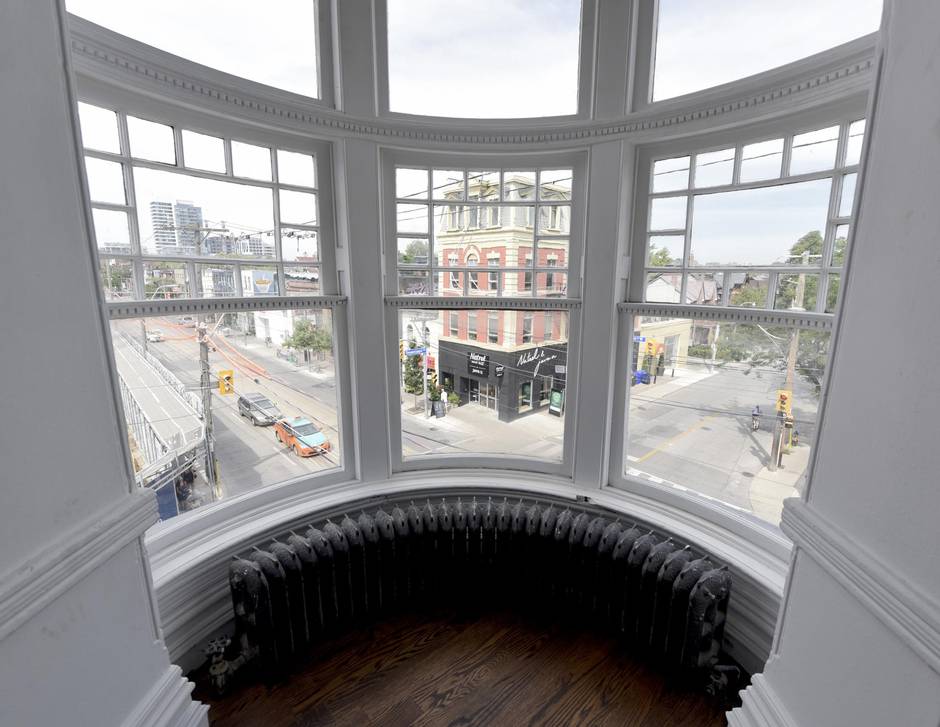 Huge windows in the Drawing Room look out onto Queen St. West.(Fred Lum/The Globe and Mail)

“Every single door handle has a history,” Mr. Metlitski said. “I’ve never been involved in a building with so many stories.”

The reno is almost done. Workers were putting on the final touches this week. Soon, they will refinish the floors in the main hall, replace many of the balcony seats and restore the wooden running track on the old gym level. One of the new bars will feature a backsplash made with slate tiles from the original roof.

When it officially opens next month, the new building will feature four spaces, including the auditorium, which clients can rent for weddings, meetings, concerts, corporate parties and the like. Mr. Metlitski says the intimacy and grandeur of the place seems to draw people to the Great Hall. One couple met at a concert there and came back to get married. 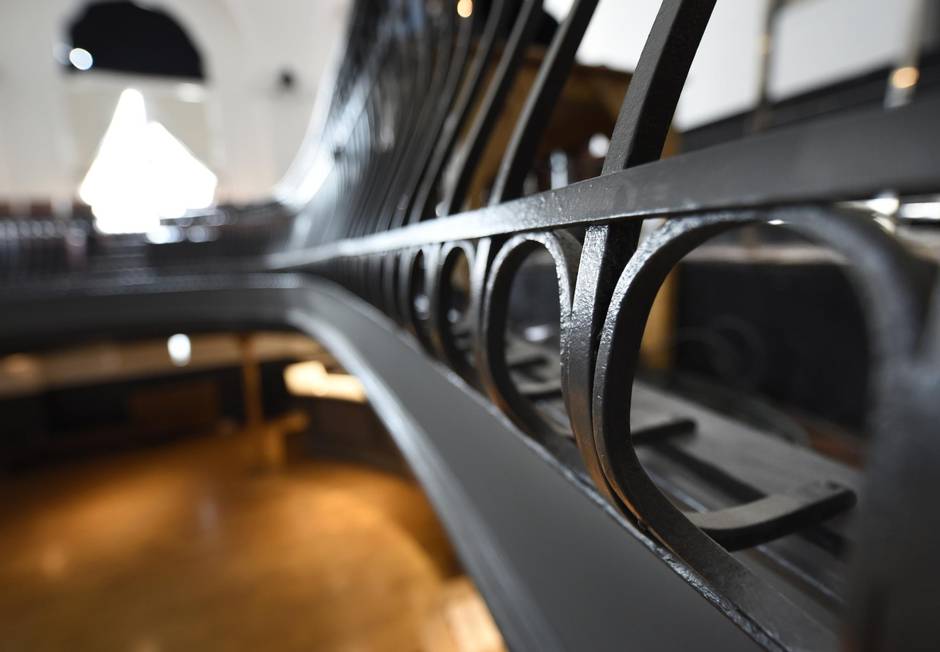 Soon, workers will refinish the floors in the main hall, replace many of the balcony seats and restore the wooden running track on the old gym level. (Fred Lum/The Globe and Mail)

The good news is that heritage is cool these days. Twitter and Google chose the Great Hall for company events. The restored Gladstone Hotel just to the west has become an arts hub. Developers are restoring another old hotel, the Broadview, home of Jilly’s strip club, at the opposite end of Queen in the east end. Another group restored the Burroughes building at Queen and Bathurst.

Toronto is finally learning to appreciate the beauty and the value of its past. Much was lost in that great wave of heedless demolition. What remains deserves all the care that people like Mr. Metlitski are lavishing on it.