Marco Muzzo, a billionaire's grandson, will be sentenced on Tuesday in Newmarket, Ont., after pleading guilty to four counts of impaired driving causing death. On Sept. 27, the 29-year-old had flown on a corporate jet from a bachelor party in Miami, got in his Jeep Cherokee and attempted to drive himself home from Toronto's Pearson Airport, but ran a stop sign in Vaughan, Ont., and crashed into a minivan, killing Daniel Neville-Lake, 9; Harrison Neville-Lake, 5; and Milagros (Milly) Neville-Lake, 2; and their grandfather, Gary Neville, 65. Here is a reader's guide to the sentencing hearing.

What is the closest precedent to the Muzzo case?

Andrew Kummer of Ontario received eight years in prison for running a stop sign in London and killing three people – two 12-year-old boys in another car and his 26-year-old passenger. The crash was especially horrific. The father of one of the boys escaped his burning vehicle, then went back to try to save the boys. The last image of his son was just before the vehicle exploded in flames. Mr. Kummer, like Mr. Muzzo, had no previous criminal record. But he once drove onto an airport runway while drunk, which the Ontario Court of Appeal, upholding the eight-year sentence in 2011, termed a wake-up call that Mr. Kummer ignored. His blood alcohol level, like Mr. Muzzo's, was more than twice the legal limit of 0.08 milligrams of alcohol per 100 millilitres of blood.

Will Mr. Muzzo's wealth be an aggravating factor in sentencing?

"The Ontario Court of Appeal has held that the offender's privileged station in life, supportive family and intelligence are not per se aggravating factors at sentencing," said Toronto lawyer Nader Hasan, who co-wrote a book on sentencing. Exceptions are possible where a direct link exists between the offender's privilege and the offending behaviour, he says, as when a rich person commits a crime out of greed, or a child psychologist harms a child, fully understanding the damage that would be done.

What are the two sides asking for?

The defence seeks eight years, citing the Kummer case, Mr. Muzzo's remorse, guilty plea and acceptance of responsibility, and 92 letters of character reference. The prosecution is asking for 10 to 12 years to send a message of deterrence, and cites growing levels of impaired driving in York Region, rising sentences over time and Mr. Muzzo's 10 speeding tickets since 2003.

What is the toughest penalty given in Canada to a drunk driver who killed someone?

Life in prison. Roger Walsh, 57, was sentenced in 2009 by a Quebec court after his car struck Anee Khudaverdian, 47, in her wheelchair. He had 18 previous impaired driving convictions, and his blood-alcohol level was twice the legal limit. He also had 114 convictions on his record in total, including assault, theft and uttering threats. His first chance at parole is after seven years.

Yes. In R v Gibson in Alberta in 2014, the Crown and defence together asked for a two-year sentence for 22-year-old Ryan Gibson, who drove the wrong way down a highway and crashed into another vehicle, killing 17-year-old Brandon Thomas. The judge sentenced Mr. Gibson to two years and eight months. (When Mr. Gibson appealed his sentence, the appeal court said he deserved four years, but left it at 32 months because the Crown had not given notice it was seeking a higher sentence.)

Wouldn't a higher court reduce the sentence if the judge is too tough?

Unlikely. The Supreme Court of Canada said in December that higher courts should generally defer to the trial judge who heard the evidence and issued the sentence. That came in a drunk-driving case, R. v Lacasse, in which a Quebec judge went above that province's normal sentencing guidelines and gave a man six years in prison for a collision in which two people died. Sentencing ranges are "not a straitjacket," the court said.

Who is the judge?

Michelle Fuerst of the Ontario Superior Court of Justice. She was a leading light among criminal defence lawyers before becoming a judge in 2002. The government of prime minister Jean Chrétien named her to the court, and the Stephen Harper government named her a senior regional judge. She is the author of several legal textbooks, and is the senior chair of the Canadian Bar Association's Judges Forum, in which judges exchange ideas.

We keep hearing that drunk driving is not as bad as it used to be. Is that true?

Depends how far back you go. In 1998, there were 148 incidents of impaired driving causing death (an incident could include more than one death); in the past five years (up to 2014, the last year for which statistics are available), the numbers were 154, 164, 128, 137, 106 and 103. The figures are from Statistics Canada, based on data from all police agencies in the country.

Editor's note: An earlier version of this story incorrectly referred to Marco Muzzo as the son of a billionaire. 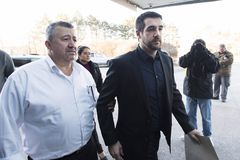 Opinion
Bystanders can help, but self-control is better
March 4, 2016 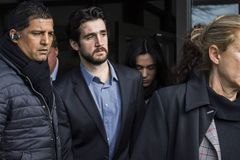 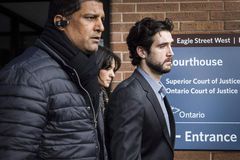