Oh, there was fanfare all right when the Williams family – all six of them – graduated from their crowded two-bedroom highrise apartment (which they shared with another family) to their first Habitat for Humanity house in 2008.

They scored shiny new appliances, loads of extra space and freedom from hearing the damn fire alarm go off in the middle of the night. But when those novelties wore off, they noticed other, more lasting changes – in their children.

"Their marks have changed, they're getting better grades, they're happier," said Chelsea Williams of his children: 15-year-old Donycia, 11-year-old Katalin, nine-year-old Jeremiah, seven-year-old Caleb and four-year-old Miesha. The whole family is crowded around the living room to watch an after-school cartoon on an enormous TV. Every last surface is covered with the evidence of life fully embraced: framed sports ribbons, anniversary gifts, vacation souvenirs.

Mr. Williams and his wife, Dawn, credit the new Kingston Road townhouse for other improvements, like good relationships with the neighbours and a better sense of community. Habitat for Humanity says it found similar results among other households in a social-impact survey to be released Monday.

The Christian-rooted non-profit, in Toronto since 1988, supplies houses to first-time homeowners who meet strict income criteria and who would otherwise be unable to dive into the real-estate market. The houses are built by volunteer crews and community partners, but the families must put in 500 hours of "sweat equity" as well, as part of the deal to score a zero-interest, zero-down mortgage. (Payments are calculated and adjusted annually to be 30 per cent of gross income: the Williamses pay $850 a month).

The Habitat model of "a hand up, not a handout" has been heralded by small-government advocates as an alternative to social housing. But if the way it changes lives is impressive, the scale of the program – 38 homes in 2011 – means it's unlikely to be a viable solution to the affordable housing problem (in August, almost 160,000 people were on the city's social housing waiting list).

As on TLC's Extreme Makeover: Home Edition, there's hoopla when the first-time homeowners get their keys from Habitat, but little public understanding of what happens afterward.

Are the homeowners able to pay off their mortgages? Plucked from low-income housing, how do they fit into their new neighbourhoods? That's what the organization set to find out when it surveyed 81 Habitat households in Toronto in the spring – the first such study done by a Habitat affiliate in Canada.

The results suggest most families thrive in their new homes, with improvements to their health, their children's academic performance and their sense of community. But getting there, for some, requires a serious adjustment.

In Toronto, only 44 per cent of the working and non-working poor are homeowners, according to a February study by the Metcalf Foundation (the overall average for the working population is 74 per cent). Habitat recipients often have a history of bouncing between basement apartments, high-rises and social housing.

A 2011 United Way study on poverty and tower living found that 40 per cent of tenants in high-rises had problems with plumbing in their washrooms and 33 per cent in their kitchens. Forty per cent reported cockroaches in their buildings.

Research done at Cornell University in Ithaca, N.Y., suggests there are negative health repercussions for children who live in crowded, low-income homes. Multiple studies by Gary Evans, a human ecology professor there, have linked substandard housing with physiological stress in children.

"If your home's not appropriate for [hosting friends] in some way – either its physical layout or its conditions or it's going to be stigmatizing – then you're not going to do that, right?" said Jim Dunn, an associate professor in McMaster University's health, aging and society department who also conducts research for St. Michael's Hospital's Centre for Research on Inner City Health.

"That may affect your ability to make and maintain social ties and from a health perspective we're concerned about this because social support is a huge, huge predictor of health status."

The change in environment has corresponded with academic achievement, too. Three-quarters of homeowners surveyed by Habitat – the Williamses among them – also noted higher grades.

"I think you're more stable," Ms. Williams said. "It's not like compared to an apartment where it's all rowdy and you never know who your neighbours are."

Home ownership forces families that might hop from lease to lease to settle. Though by most realtors' definitions, many Habitat properties would be classified as "starter homes," about half the homeowners Habitat surveyed said they couldn't imagine moving from them.

After immigrating from the Philippines, Lyn and Jose Labao lived in an apartment and then moved into Ms. Labao's brother's basement in the Neilson and Sheppard area with the first two of their three children. In 2005, they moved into a 2+1-bedroom Habitat townhouse near Neilson and McLevin.

"If we would be given an opportunity to win the lottery, we'll buy another house but not give this up," Ms. Labao said.

When asked why, she exclaimed, "It's our first house!"

Their only gripe is the annual check-in with Habitat, where they show their notice of assessment from Revenue Canada and, if their household income has changed since the previous year, their mortgage payment will be adjusted accordingly to hit that 30-per-cent mark.

Ms. Labao acknowledges that the condition serves as a disincentive to find work. She'd rather use any earnings to start RESPs for her three children than contribute to home payments.

"Why don't they let us keep paying the same as before?" she asks.

But Neil Hetherington, Habitat Toronto's chief executive officer, sees the condition as a great asset to the program – it's forced saving.

Not everyone who is selected for a Habitat house is equipped to handle the myriad challenges that come with home ownership, something the non-profit has learned the hard way.

"Being a homeowner's not an easy job," said Mike Ross, the executive director of Habitat for Humanity in Fredericton. "If you're up to your butt-side in alligators, draining the swamp's the last thing on your mind."

A six-bedroom Habitat house in that city is currently up for auction after having fallen into disrepair under its owner.

He said there have been comparable cases in other Habitat cities in Canada.

"I've heard an executive director meetings people tell stories and somebody would say, 'Oh, I've got a better story than that!' So we've all gone through this," he said.

Mr. Hetherington said no such cases have been seen here. Of the 250-plus homes that have been built in Toronto in the last quarter-century, five have been sold, he said.

As successful as its families seem to be, Habitat is not a realistic replacement for social housing because only a narrow sliver of the low-income population qualifies, said Jason Hackworth, a professor in the University of Toronto's geography and planning department.

When Dr. Hackworth researched the non-profit, his team called several affiliate cities and found that, for every 100 inquiries Habitat received, they weeded out 50 to 90 based on income, credit and other issues.

In recent years, Habitat for Humanity Toronto has made information sessions mandatory for applicants. Once approved, families must attend seminars on home ownership, conflict resolution and finances.

"Now we find it's helpful for the family to hear this is not Extreme Home Makeover," says Mr. Hetherington. "You are not going to get a free house." 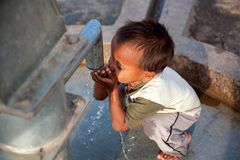 How do I volunteer my retirement years so I truly make a difference?
April 16, 2012 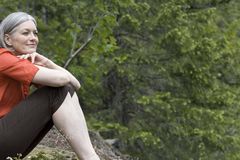 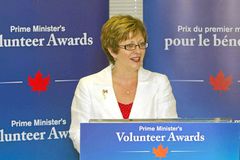