The Chief's comments come on the same day it was revealed that the mayor was one of the targets of a months-long investigation known as Project Brazen 2, which resulted in charges against Alessandro Lisi, the mayor's friend and occasional driver. The information comes from a 480-page police document released Thursdsay that outlines police evidence against Mr. Lisi. 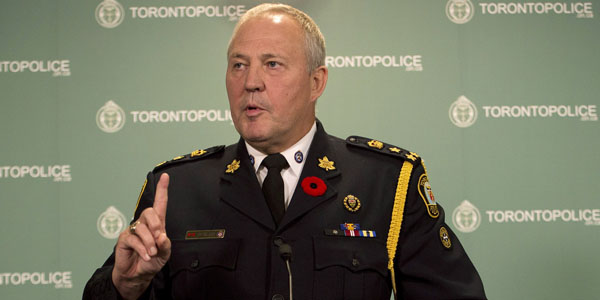 “The TPS is now in possession of a digital video file,” Chief Blair said.

The Chief said the mayor does appear in the video, “but I’m not going to get into detail.”

Chief Bill Blair said the video was recovered “in the examination of a hard drive” that was seized June 13 as a result of the Project Traveller investigation. Police computer technicians recovered the deleted file on Tuesday, Chief Blair said. 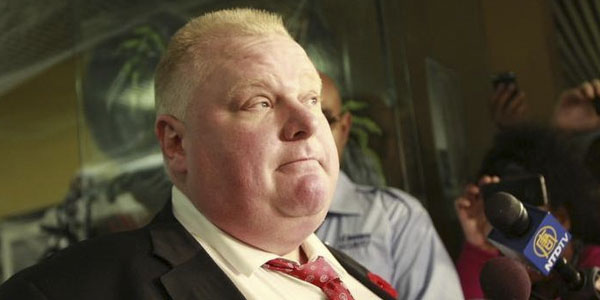 2. Ford says he will not resign

Speaking to a crush of media outside his office at City Hall, Toronto Mayor Rob Ford said he will not resign.

“I have no reason to resign. I’m going to go back and return my phone calls. I’m going to be out doing what the people elected me to do and that’s save taxpayers’ money and run a great government that we’ve been running,” he said.

In a statement lasting just one minute, Mr. Ford also said: “I think everybody’s seen the allegations against me today. I wish I could come out and defend myself but unfortunately I can’t because it’s before the courts."

Full story: Toronto Mayor Rob Ford says he has no reason to resign

Video: Marcus Gee on what's next for Mayor Ford 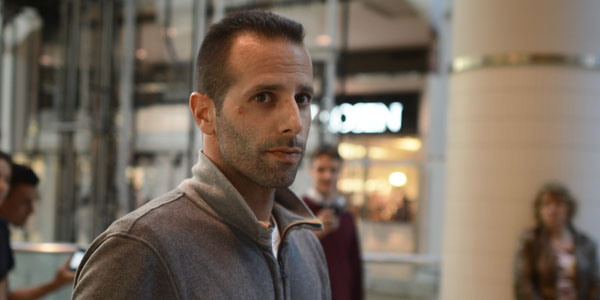 “The evidence will be presented in court where it belongs” he said. 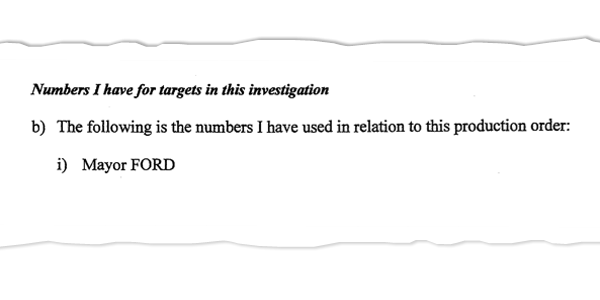 Passage from the police investigation

The Toronto Police investigation, code-named Project Brazen 2, was launched under Detective Sergeant Gary Giroux following news reports of alleged video showing Rob Ford smoking what appeared to be crack cocaine. On page 186 of the document, Mayor Ford was listed among 17 other targets in the investigation.

5. Surge of activity after Gawker story

The documents emphasized heightened activity on Mr. Lisi’s cell phone after Gawker.com and the Toronto Star published stories about the crack video.

The calls started on May. 16, the day the story surfaced online. The mayor called Mr. Lisi twice that afternoon. Mr. Lisi, in turn, placed several calls to Fabio Basso, who lived at the address where Mr. Ford was photographed alongside homicide victim Anthony Smith and two other men. The ITO identified the home as a crack house. 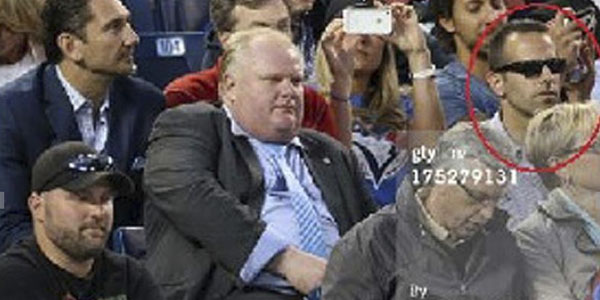 An image from the months-long police investigation.

6. Ford believed he was being observed

The police believe that on Aug. 18, Mr. Lisi and Mr. Ford, who were meeting with a third associate, observed them monitoring the meeting in a school parking lot, the affidavit states. When the surveillance officers departed the scene, “Mayor Ford was observed continuing at a high rate of speed north on Duffield Road, the last known direction of the surveillance vehicle.”

Several days later, a Detective Harris received a phone call from the mayor’s chief of staff, Earl Provost, who said that the mayor believed he was being followed and wanted more information about the vehicle that he believed was tracking his movements. When the police refused to provide the information, Mr. Provost said that the mayor was “getting angry… because he can’t give him what he wants.”

The investigators concluded that the efforts to retrieve the vehicle information was evidence of Mayor Ford “utilizing his position and the powers of the Office of the Mayor, to obtain information not available to regular citizens.”

Related: Images from police evidence in the Rob Ford investigation 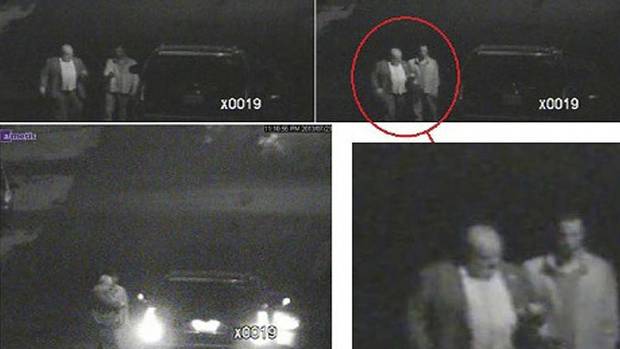 An image from the months-long police investigation.

The police used a combination of airplane surveillance, pole cameras, wiretaps and extensive vehicle monitoring during the investigation. The pole camera could be monitored remotely by investigators. 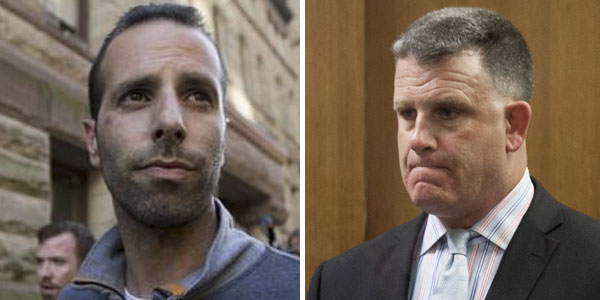 Alessandro Lisi, left, and David Price. (The Globe and Mail)

Mr. Lisi and David Price, the mayor’s logistics director, exchanged 21 calls and texts between March 18 and June 24, with the majority of those coming on May 17, the day after reports were published describing the alleged crack video. 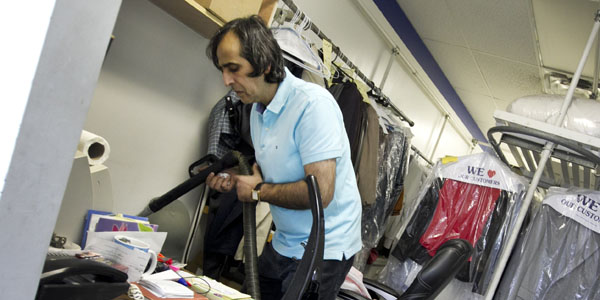 The dry-cleaner who was arrested on drug charges along with Mr. Lisi on Oct. 1, Jamshid Bahrami, told an undercover officer Mr. Lisi was his supplier. 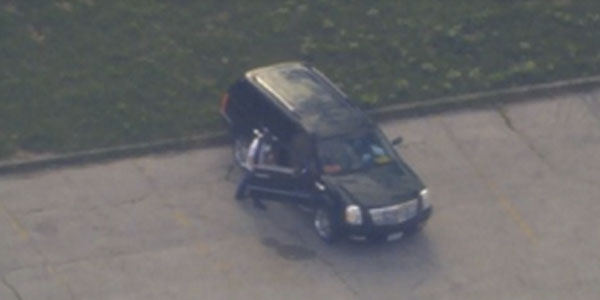 An image from police documents.

Toronto Police switched to watching Mr. Lisi with a plane on June 25 after his “counter-surveillance measures” escalated. 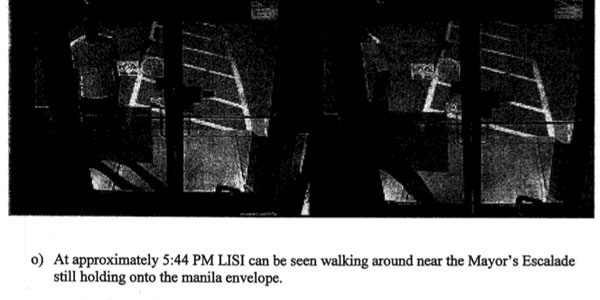 An image from police documents.

On July 11, Mr. Lisi met with Rob Ford at the Esso Gas Station near Mr. Ford’s home. Mr. Lisi placed a manila envelope in the passenger side of Mr. Ford’s Cadillac while the mayor was inside the Esso. The meeting was observed by surveillance officers and caught on the gas station’s security cameras. 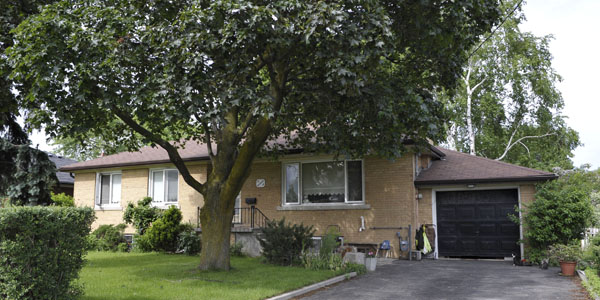 15 Windsor Rd. (J.P. Moczulski for The Globe and Mail)

12. Conversations after Anthony Smith was murdered

On Mar. 28, the morning Anthony Smith was murdered, Mr. Ford and Mr. Lisi talked by phone on seven occasions. A photo later emerged in news reports showing Mr. Ford standing with Anthony Smith and two other men outside 15 Windsor Rd., a residence referred to in the document as a crack house.