Rabbi Eva Goldfinger has two basic criteria for the weddings she performs: no God, and no sexism.

Ms. Goldfinger, Life Cycle director and adult educator for the Oraynu Congregation for Humanistic Judaism in Don Mills, is one of a growing body of religious leaders tweaking tradition to accommodate interfaith unions in multicultural Toronto. And though her brand of secular Judaism might be (quite literally) unorthodox, her attitude of inclusion is one increasingly shared.

"People don't get married for religious reasons," she says. "People get married for love and for having children and for getting the support system to have your dreams met. So we need to support that."

Since 1984, the number of weddings Ms. Goldfinger has officiated have reached the thousands. Each year, she estimates that roughly 65 per cent of these are with partners of mixed faiths, many of them co-officiated with representatives from other religious traditions: Hindu, Muslim, Catholic, Anglican, Baptist, and even a Mormon priest. The option to integrate elements of two faiths in a wedding ceremony appeals to many in this city of cultural fusion. And the rate of intermarriage, says Ms. Goldfinger, is on the rise.

Between 1991 and 2001, interfaith marriages and common-law partnerships across Canada increased from 15 to 19 per cent. Statistics Canada projects that by 2031, nearly 31 per cent of Torontonians will be non-Christian, up from approximately 21 per cent in 2006. As Toronto becomes less religiously homogenous as a city, more and more romantic partnerships will reflect that increased diversity.

In turn, religious organizations will be forced to consider the impact of these interfaith couples on their communities, and decide for themselves whether accommodating members with different beliefs poses an existential threat or, alternately, the very means to that community's survival.

The major Christian denominations have their own policies regarding interfaith marriage. While the Catholic Church permits couples of different faiths to wed, a mixed-marriage petition must the filed in advance and both parties are urged to commit to raising children in the faith. The Anglican church abides by a similar, if less formalized, attitude.

In other major religions, intermarriage is traditionally frowned upon; in Toronto, clergy such as Ms. Goldfinger are helping to open up the field. "You have a choice," Ms. Goldfinger argues. "You either embrace interfaith couples, or you lose them altogether."

Samira Kanji, President and CEO of the Noor Cultural Centre, a hub for Islamic cultural education, acquired a licence to perform marriages in 2005 to meet a growing number of requests, many from mixed-faith couples looking to combine traditions. From the beginning, Ms. Kanji's centre has offered Muslims and their non-Muslim partners the option to receive a traditional Nikkah, or Islamic wedding ceremony. The rite is replete with an interfaith homily that allows for religious input from both sides, grounded in the pluralistic teachings of the Quran.

"We're very cognizant of the Islamic tradition," says Ms. Kanji. "But in Islam, there's no hierarchy, no papal figure that decrees what's accepted practice and what isn't. So there's room to manoeuvre."

While Noor remains relatively unique in its degree of flexibility – Islamic organizations that will perform a Nikkah for a Muslim bride and non-Muslim groom in particular are few, according to Ms. Kanji – she points out that people's relationships with ancient spiritual revelations have always adjusted with the social contexts of their times. Being responsive to a community's demands is what keeps tradition alive.

Noor's numbers reinforce Ms. Kanji's view. Of the 29 marriages performed by the centre's officers in 2013, 13 were interfaith, mostly involving a Muslim bride and non-Muslim groom.

Pandit Roopnauth Sharma is the founder of Mississauga's Ram Mandir, a Hindu temple boasting a community of over 3000 members. Of the 50-60 marriages he performs annually, he estimates that some 15 per cent of these involve mixed-faith couples. As his community expands, so too does the number of interfaith marriages he performs in a year.

Despite a growing number of willing religious officiants, some couples still opt for a non-denominational ceremony that blends elements of faith with personal flourishes. Bradley Rabins and Hector Mejia's August, 2011 wedding took place at the downtown venue Arcadian Court, with a non-denominational officiant. Yet, it was held under a chuppah, or Jewish wedding canopy, and the pair broke a glass afterwards in keeping with Mr. Rabins' Jewish upbringing. As a nod to Mr. Mejia's Catholic background, they also said grace before dinner, lit a marriage candle, and wed on a Saturday. One friend sang a cover of pop singer Beyoncé's Ave Maria at the ceremony; in lieu of a scriptural passage, another read a poem. In the three years since marrying, the duo have progressed naturally into a menorah-and-Nativity-set household.

"My mom always taught us to respect all cultures and all religions," says Mr. Mejia. "If you respect others, they'll respect you."

Though the couple didn't marry at City Hall, some their favourite wedding day photos were taken in front of the iconic local landmark. "We wanted to highlight the fact that because we live in Toronto, in such a multicultural city, we were able to have the ceremony that we wanted," Mr. Rabins explains. "Here, we didn't have to fear."

Mat leaves and birth announcements … for pets? The rise of four-legged children
August 7, 2014 The steamy tale of a President, his mistress and torrid love letters – but not the one you think
July 18, 2014 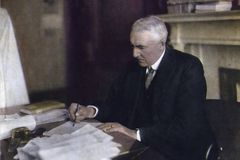 A friend made a racist remark. Should I have called her on it?
August 7, 2014 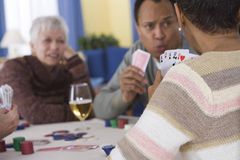 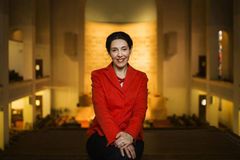