Hogtown Stories is a series of portraits and short stories about Torontonians by Jeremy Korn, a photographer and urban planner. Find more photos of Sheniz and past stories at hogtownstories.com. 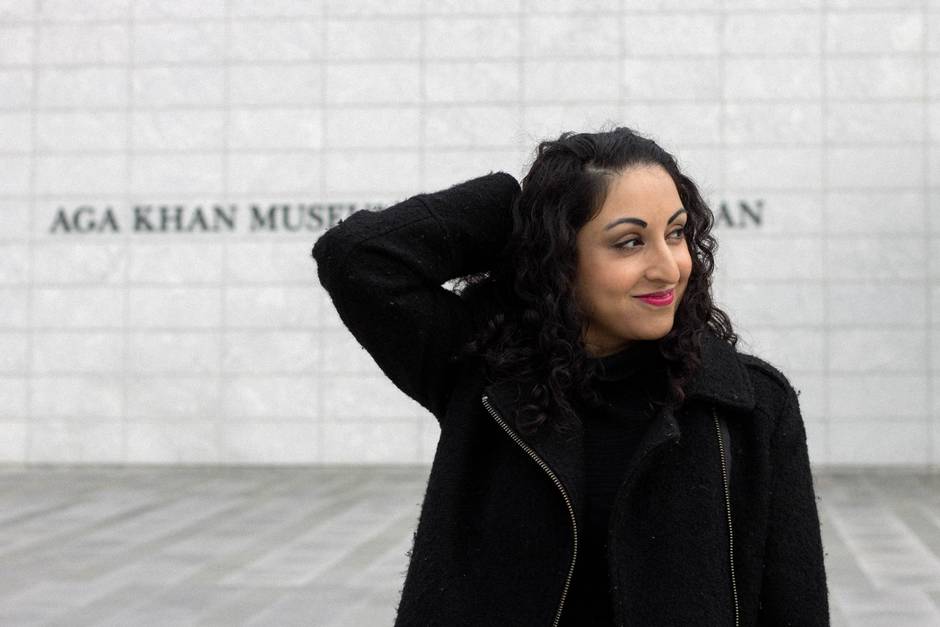 Sheniz Janmohamed finds the multiplicity of identity within the Aga Khan Museum appealing. Jeremy Korn/For The Globe and Mail

I was the kid in high school that would spend most of my time in the cafeteria. Drawing things. Or I would go to the library and listen to Michael Jackson’s lyrics over and over again. That was where the seed was planted for poetry.

During my last year of high school, I submitted a piece from drama class to a South Asian festival looking for young playwrights. It was accepted, and I got to perform for the first time with other youth actors. That’s when I realized what I was doing was actually spoken word.

I started going to open mics and performing more and more. Eventually I got very comfortable with my voice.

When I took the GO Bus from Markham into the city to get to my gigs, I saw the Aga Khan Museum under construction. I would see the progress every time I passed by. I didn’t know how or why, but I just knew I had to get there one day.

A lot of the artifacts at the museum are directly tied to Ismaili and Islamic history. But there are also elements that can’t really be defined. Some artifacts belong to many cultures.

And that’s like history itself. So many cultures intersecting. That’s one thing I love about the museum.

As an artist, I struggle with being labelled. Sometimes, people recognize me as an “Ismaili Poet” or a “Muslim Poet.” But I belong to many communities. I actively practice Buddhism. I think more than anything else, I'm trying to be more human.

The museum allows for a multiplicity of identity. That’s why it’s so appealing to me. Identity isn’t stagnant. It’s not static. It’s something that’s ever evolving.

Sheniz Janmohamed is a poet and author. She hosts a regular spoken-word series at the Aga Khan Museum.