Hogtown Stories is a series of portraits and short stories about Torontonians by Jeremy Korn, a photographer and urban planner. Find more photos of Alexandra Ordolis and past stories at hogtownstories.com.

My very early years were spent in Athens, but most of my childhood was spent in Montreal.

The Greek sensibilities of my dad’s side contrast with the British qualities of my mom’s. So I’m a bit of a mish-mash of both. Expressive, but disciplined.

As a kid, I saw my sister perform in a musical in school, and I was completely mesmerized. I was nine at the time. Shortly after, I played a lost boy in Peter Pan, and I fell in love with acting.

After finishing an English and philosophy degree at McGill in 2007, I realized I had to give acting a real shot. I wanted proper training, and I got into the acting program at the National Theatre School of Canada, in Montreal. 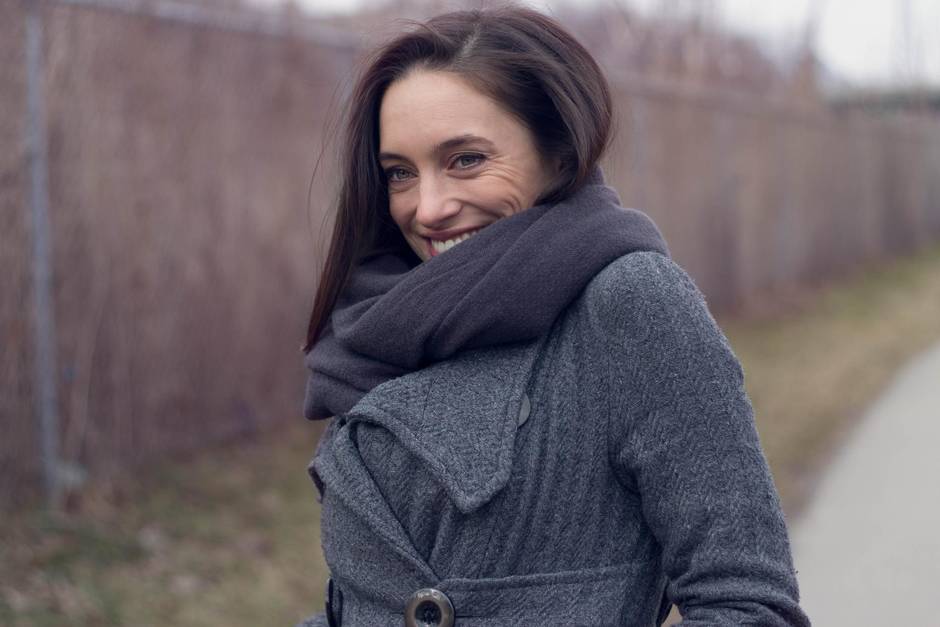 Alexandra Ordolis is an actor who currently appears as Delphine on Reign and Justine on 19-2. (Jeremy Korn)

I stayed in the east end when I first moved, and got a job at a yoga studio to pay the bills. I remember taking the subway westbound all the time while I was looking for an apartment or meeting with agents.

I remember seeing the view of the skyline over the Don Valley. Something about that view made me realize what was possible in my career.

Although I was living in Toronto, I still travelled back and forth to Montreal for gigs and to visit my family. At first, Toronto just seemed like a city I was living in.

But I remember one drive back to Toronto, a couple of years ago. I saw the Bloor Viaduct towering over the Don Valley. When I saw the bridge that time, I felt like I was returning home.

Alexandra Ordolis is an actor who currently appears as Delphine on Reign and Justine on 19-2.