Hogtown Stories is a series of portraits and short stories about Torontonians by Jeremy Korn, a photographer and urban planner. Find more photos of Kiron and past stories at hogtownstories.com.

I call it the museum circle of life.

Growing up, I always wanted to be a paleontologist. I would come to the museum with my mom every Saturday morning.

When I was in Grade 8, my mom brought home the course calendar for some of the universities in Alberta that offer paleontology programs. I saw that I would need to take calculus, chemistry and physics. But those were my top three worst subjects. I'm a tactile learner, and I need to engage with something to really understand how it works. I didn't want to spend time writing essays about things, when I could come to the ROM and do those things instead. Around that time I got really involved at the ROM, through a leadership program and then through volunteering. 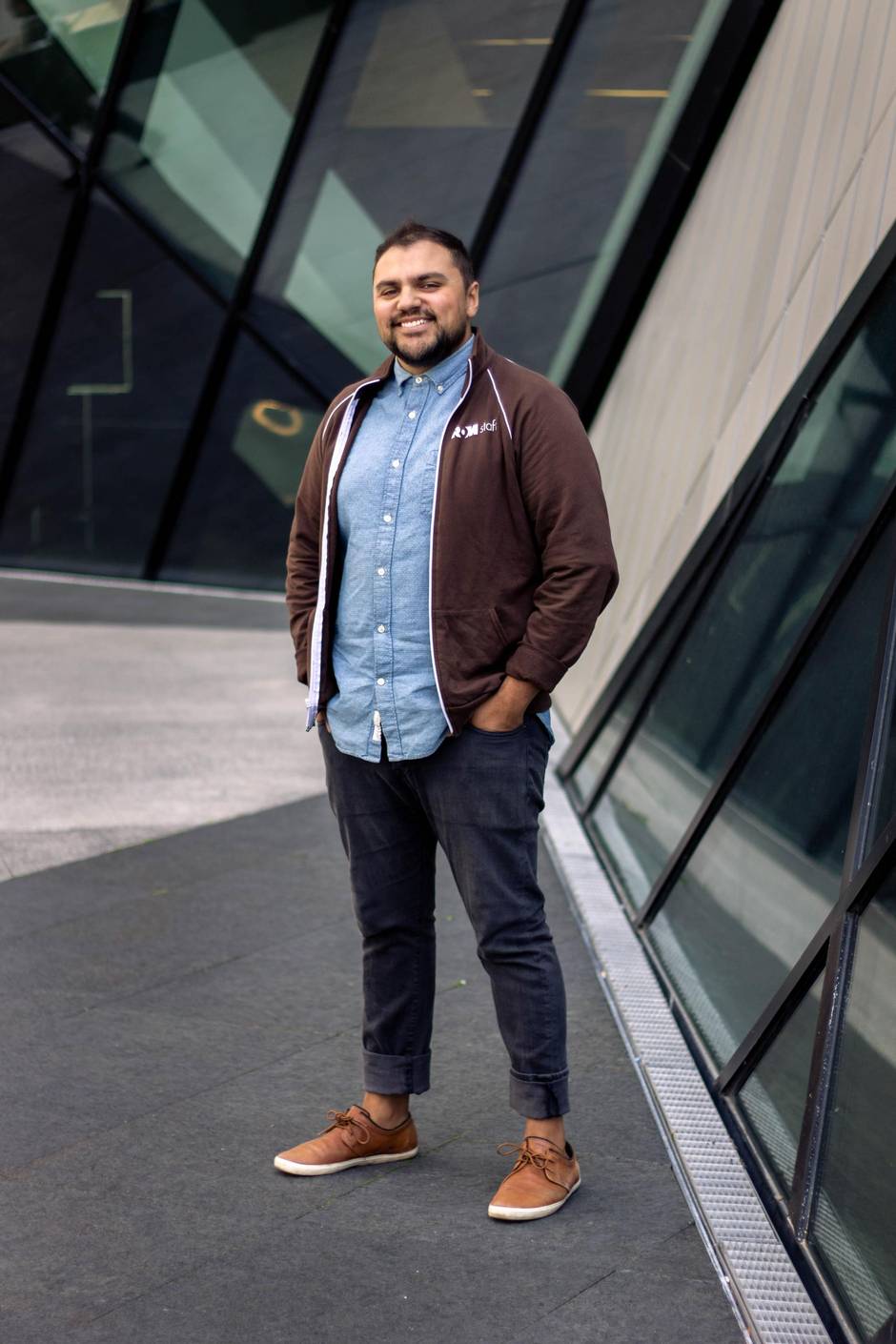 Kiron Mukherjee wanted to make sure other kids were also given the opportunity to learn about paleontology.

So I realized that the best way for me to keep learning about paleontology wasn’t by being a scientist. Instead, I wanted to teach kids about it, to make sure they get the opportunity to engage with the material, the same opportunity that I had.

This is a safe space for kids to go about their learning, because there is no testing or fear of failure. And we don’t separate kids based on their level of education. Everyone is in the mainstream class.

I’m still here at the ROM, 14 years later. Hopefully, they keep me around because I’m doing a good job. But maybe it’s just because I never leave!

Kiron Mukherjee is the ROMKids co-ordinator at the Royal Ontario Museum. He is on Twitter: @kironcmukherjee