Hogtown Stories is a series of portraits and short stories about Torontonians by Jeremy Korn, a photographer and urban planner. Find more photos of Pablo and past stories at hogtownstories.com.

As an undergraduate student at the University of Alberta, I did an exchange in Asia. That's where I met my ex.

He was Jewish, and he spoke Mandarin and a smattering of Hebrew. I was totally in love with him. He knew that I was interested in learning languages so he gave me a Hebrew phrasebook.

We moved back to North America, and did long distance between Edmonton and Los Angeles. Then he left me for someone else. I couldn't eat or sleep for six weeks afterward.

In 2011, I decided to visit Israel. Luckily, I kept that phrasebook he gave me. I picked up the language pretty quickly.

After a while, I decided to move to Toronto for a new job. It's such a cliché that you find someone once you're happy with being single. But that's what happened. 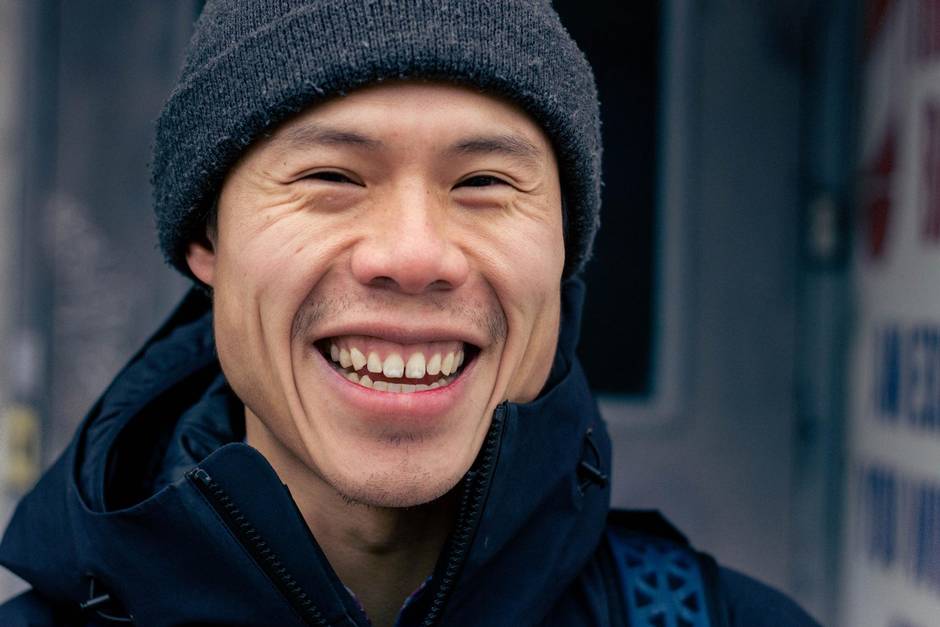 Pablo Seto found his partner after he moved to Toronto for a new job. Photo by Jeremy Korn

Alon saw my dating profile, written partly in Hebrew. We planned to meet one night. He got nervous and tried to cancel. The younger me would have been nervous too, but I realize now you only have something to gain when you meet a new person. I convinced him to take the risk.

We met up in Bloordale at The Hogtown Vegan and then played board games at Snakes & Lattes in the Annex.

I always wanted kids, but I had envisioned it later on in life. Alon has three kids, and he and his ex-wife are still really good friends. In fact, I’m friends with her now too.

On Christmas Day, Alon and I were sitting at a diner, trying to imagine our ideal Saturday.

The day starts off with us sleeping in, of course. At about 9:30, we’ll walk to pick up vegan doughnuts at Bloor and Lansdowne.

After that, we’ll go east to grab coffee at The Common, and then go for ramen at College and Bathurst.

I’ll go home and do some reading, while Alon picks up the kids. We’ll all have supper together, watch a movie and play board games.

Pablo Seto is a financial analyst in Toronto.