Hogtown Stories is a series of portraits and short stories about Torontonians by Jeremy Korn, a photographer and urban planner. Find more photos of Charissa and past stories at hogtownstories.com.

My family moved to Scarborough when my parents were able to buy their first home. We are originally from Trinidad, but I spent a lot of my childhood living near the Danforth.

When we first moved to Scarborough, I didn't think it was a particularly interesting place. I love places with a strong connection to heritage, and I didn't see much of that there. My heart was always in downtown Toronto, and I felt like Scarborough was a sleepy suburb.

In 2006, I met Mark. He grew up in Scarborough. I wasn't shy about sharing my views about the place, and I guess he wanted to change my opinion. Knowing how much I love old buildings and their beauty, he took me to the Guild Inn. 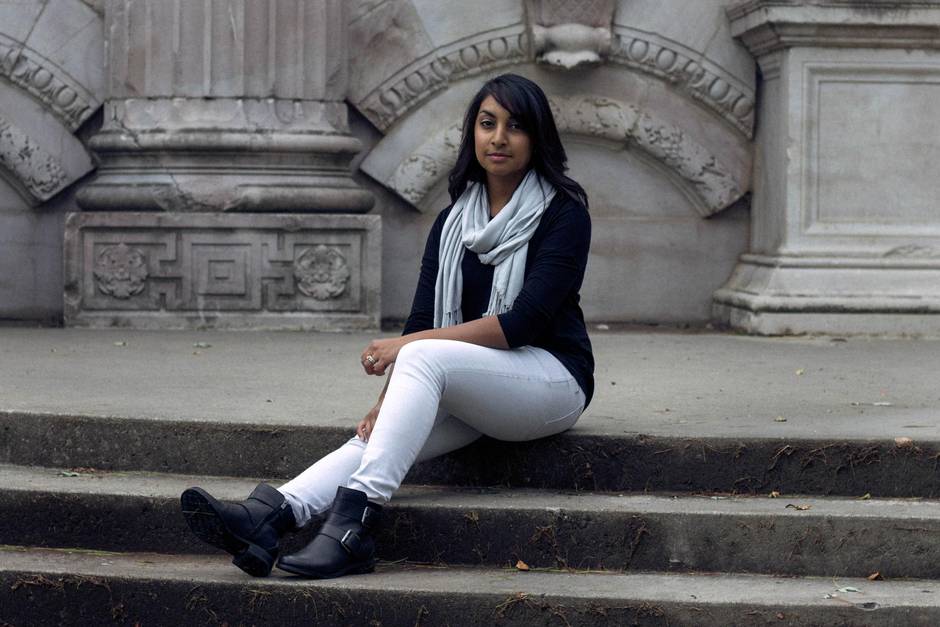 Charissa Iogna never appreciated Scarborough until she met Mark in 2006 and he showed her the Guild Inn. (Photo by Jeremy Korn)

Even though it isn’t that close to downtown, I noticed the surrounding park had a little bit of Toronto in it. Scattered around, I saw old statues, columns and archways. These were all salvaged from buildings that were demolished in downtown. It was fascinating to see Toronto’s history in such an unexpected place.

I remember our date well. It was quite eerie, just before sunset. We spent the evening taking photos around the park, and getting to know each other. Then, I saw the beautiful view of Lake Ontario, and I immediately fell in love.

Since then, Mark and I got married, and we live together in a condo on Bay Street. But we’re building our first house now. In Scarborough.

Charissa Iogna is an urban planner with the City of Toronto.