Hogtown Stories is a series of portraits and short stories about Torontonians by Jeremy Korn, a photographer and urban planner. Find more photos of Kevin and past stories at hogtownstories.com.

Growing up, I was always really shy. Kids picked on me a lot.

One day, some people on my street had a home-run competition and they asked me to play. I could barely hit the ball. And they laughed at me.

Some of my teachers told my family about the Special Olympics. I started out playing floor hockey. Then I started playing softball. And I got quite good at it. Those same kids on my street, the ones making fun of me, they had another home-run competition. I joined. Everyone came out to watch.

Landscaping was another big confidence boost for me. I had a business with my dad in the mid-90s, and I really enjoyed working with him. I was really good with my hands, and he was good with money.

But my dad passed away in 1999, and I stopped landscaping.

We had a huge funeral for him. More than 400 people showed up. It was really tough to lose him. 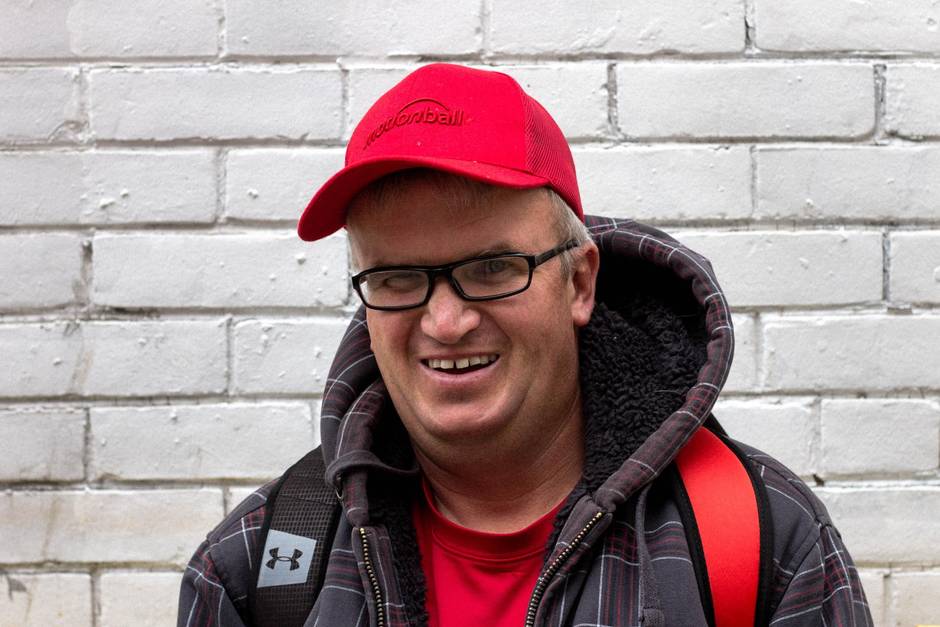 Working in landscaping helped Kevin Timberlake come out of his shell. (Jeremy Korn)

Around that time I started to get more involved with the Special Olympics. That’s how I met Paul, Mark and Sean Etherington of Motionball. I told them how important landscaping was to me, and they wanted to help me get back into it.

I started coming to Isabella Street to do maintenance work outside their office. When I first started, I just wanted to do my work and I didn’t really want to talk to anyone.

But then I noticed something. People would see me there every week, working away. And they would stop by and say hello.

People actually cared. They wanted to talk to me. And listen to my stories! I hadn’t really experienced that before.

I did this every week for seven years. Eventually, I started a full-fledged landscaping business. I had built up so much confidence that the Etheringtons even asked me to sit on their board of directors. I wouldn’t have been able to achieve all of that if it wasn’t for the time I spent on Isabella Street. Working there helped me come out of my shell.

Kevin Timberlake is a Special Olympics athlete and landscaper in Toronto.