Hogtown Stories is a series of portraits and short stories about Torontonians by Jeremy Korn, a photographer and urban planner. Find more photos of Peter and past stories at hogtownstories.com.

My family moved here from England when I was 2. I had no choice in the matter.

As a child, art was always a big part of our family life. Since my parents were both European, they grew up quite involved in art. And, therefore, so did I.

But I also spent a big part of my life in manufacturing. As a young teenager, my father managed small industrial companies in Toronto. During the summers, I would work various jobs for him, in his welding shop, for example. I really got used to the process of creating things.

Then I fell into pottery by happenstance. From there I developed and manufactured a line of ceramic giftware and enjoyed that work for many years. But eventually my giftware was no longer popular, and I didn't want to continue updating lines to suit the changing market. At that point I decided to end my ceramic business, and I became an artist. 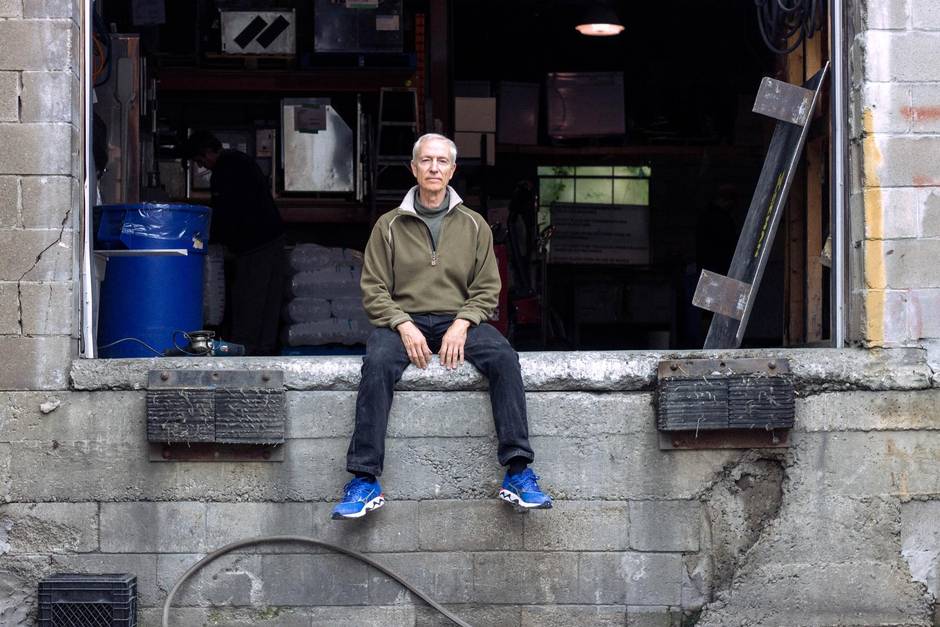 Shoebridge has a studio on King Street near Stanley Park. (Photo by Jeremey Korn for The Globe and Mail)

My studio is just north of King Street, near Stanley Park. The building was built in 1875 and has been owned by the same family since then. Today the building is mostly filled with artists’ studios like mine, but back in its early life, cotton felting was manufactured here.

It’s clear that the area has changed a lot since I began working as a sculptor here. Lots of new people are moving in and it has become quite expensive. Artists now have some trouble staying in Toronto because of that.

But I spend a lot of time working in my studio, and I plan to stay. It’s been wonderful to take part in this neighbourhood’s history.

Peter Shoebridge is a sculptor. His website is petershoebridge.ca.