Retrieving the most talked about video in Toronto likely took patience, skill and more than a little blind luck.

On Thursday, Toronto Police Chief Bill Blair revealed that Toronto Police retrieved a hard drive as part of "Project Traveller," a large-scale investigation related to drugs and gangs. On that drive, Chief Blair said, investigators found a video file, the contents of which were consistent with previous media reports that alleged the video showed Toronto Mayor Rob Ford smoking what appears to be a crack pipe.

Chief Blair added that the file had been deleted prior to the seizure of the hard drive, but that police had uncovered it anyway.

The revelation shines a light on an often overlooked aspect of modern computers – they do an extremely poor job of wiping out information, even when a user wants that information gone.

In almost all cases, a file deleted from an ordinary computer is never truly deleted. Instead, the computer's operating system effectively marks the hard drive space where the file used to reside as free for use, and transfers the data to a kind of low-level garbage dump that is largely inaccessible by regular users.

There, a deleted file might reside in whole or in parts for days, weeks or years – in many ways, the likelihood that a deleted file will still be retrievable at a future date is partially a function of luck. In some cases, the file will be fairly easy to retrieve because it has not been overwritten with new data.

Still, even if the deleted data still exists somewhere on the hard drive, retrieving it in one piece is sometimes exceedingly difficult. In many cases, the file can be split up into myriad parts, forcing an investigator to meticulously search for each piece. That process can take months.

"It's not easy," said Daniel Tobok, President of Digital Wyzdom, a computer forensics firm recently acquired by Telus. "It's like putting together a jigsaw puzzle, especially with audio and video files."

There are ways for security-conscious users to ensure their data is truly impossible (or at least, very difficult) to retrieve. For example, a user can install and run software that not only deletes a file, but overwrites the space where it used to exist with a series of random zeros and ones.

In this case, since the police were able to retrieve the file, it is unlikely the owner of the hard drive took such precautions, Mr. Tobok said.

But even if a file is not fully deleted, finding it is also made difficult because there are usually no clear pointers to the data. As such, the process of retrieving deleted information is normally almost impossible if the investigator doesn't have a good sense of exactly what that data is.

"It's not easy to find those types of files unless you know what you're looking for," Mr. Tobok said.

Ford's lawyer, Toronto Police in war of words over alleged crack video
May 11, 2018 Secret meetings, mystery packages: Inside the Rob Ford investigation
May 11, 2018 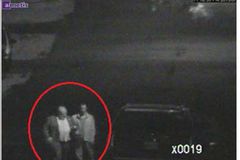 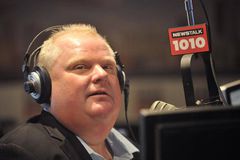 new
Tory rises to Ford’s defence as MPs weigh in on crack-video allegations
May 11, 2018

new
Ask the legal experts: Will the public ever see the Ford video?
May 11, 2018 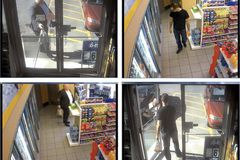 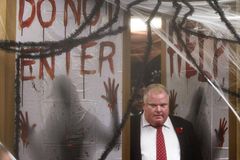 Not in Rob Ford’s interest to speak with police, his lawyer says
May 11, 2018 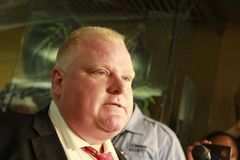 Follow Omar El Akkad on Twitter @omarelakkad
Report an error Editorial code of conduct
Due to technical reasons, we have temporarily removed commenting from our articles. We hope to have this fixed soon. Thank you for your patience. If you are looking to give feedback on our new site, please send it along to feedback@globeandmail.com. If you want to write a letter to the editor, please forward to letters@globeandmail.com.
Comments are closed