The speed limit will start to drop to 30 km/h on hundreds of kilometres of Toronto's residential streets this fall, in a bid to improve safety for pedestrians and cyclists.

The politically controversial idea sailed through Toronto and East York community council Monday evening in spite of opposition voiced earlier by the mayor, who does not get a vote on this body. The unanimous decision of these councillors is binding on local roads across their 12 wards, representing a huge swath of the city, "We have an expectation to protect our neighbourhoods," said Councillor Josh Matlow, who introduced the motion dropping residential limits‎. "It's not going to stop people speeding...but it's going to contribute."

The decision affects about 387 kilometres of local roads in the old cities of Toronto and East York that are now posted at 40 km/h. Staff estimated that changing the signs will cost about $1-million and take three years. Councillors specified that the switch is to begin in September.

"There is no war on the car," argued Councillor Paula Fletcher. "There's basically been this continued war on people who don't have a car."

Lower speeds are known to reduce sharply the risk to pedestrians and cyclists in the event of a crash. A person hit at 32 km/h has a 95 per cent chance of survival, according to data cited by the U.S. Department of Transportation. Their odds drop to 60 per cent if hit at 48 km/h.

"Errors in judgement should not be punished with the death sentence," said Albert Koehl, speaking to the community council on behalf of the Annex Residents' Association.

In the lead-up to the meeting, the idea of dropping the limit prompted pushback from city staff, as well as from Mayor John Tory and some members of his executive committee.

‎Mr. Tory said he is not in favour of lowering limits across the board, arguing for a more targeted approach in individual neighbourhoods.

"I don't generally favour these kind of blanket solutions that make people feel better for a short period of time, but then you look and say 'is it being enforced, is it actually being effective? Is it achieving the ends that are stated when it's under review', and the answer comes up no," he said.

Funding to continue replacing speed limit signs after this year will have to be secured as part of the budget process that involves full council. This could offer a chance for councillors from elsewhere in the city to derail this push, though Mr. Matlow was hopeful that would not happen.

"I would hope that the mayor and council would respect the decision of the Toronto East York community council," he said.

Transportation Services general manager Stephen Buckley was also dubious about a broad reduction in speed limits, raising concerns Monday evening as he walked councillors through the staff report on the issue.

He noted that drivers often adjust their speed in response ‎to the road design and conditions, not responding only to the posted limit. Using what he characterized as artificial or arbitrarily low limits could lead to non-compliance, driver frustration and speed differentials between vehicles that could raise the risk of collisions. 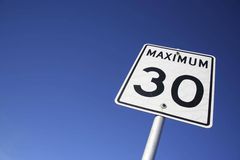 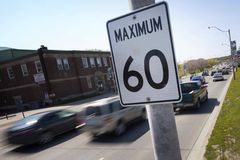 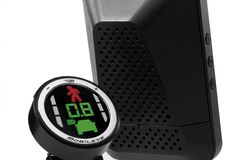