On a recent Wednesday morning, TTC collector Joanne McFadden sat waiting on the hard wooden bench of a courtroom's public gallery when a reed-thin man with grey stubble settled down next to her.

It was the first time Ms. McFadden had seen Luigi Musuli since he punched her square in the chest for demanding he pay his $3 transit fare.

The awkward couple would have waited, side by side, until Mr. Musuli stood to plead guilty if Rick Symons had not plunked his 6-foot-4, 275-pound frame in the middle of the bench, a gesture that neatly encapsulated his role as one of only two transit "court advocates" in North America.

The purpose of the TTC's three-year-old court advocates program is to get between – sometimes literally – the transit agency's front-line workers and the "bad guys" as their cases meander through the legal system.

In an era when TTC workers seem to make headlines most often for drifting off in their booths or thumbing their smartphones behind the wheel, it is easy to lose sight of the dangers the system's 5,357 drivers and 220 collectors face at work. Those dangers are not limited to workplace accidents, such as the one that killed TTC supervisor Peter Pavlovski, 49, last week.

Nearly 1,700 TTC employees have suffered violence of one kind or another on the job since mid-2009, with attacks ranging from the common "spit-and-run," to the shooting of a collector during a botched hold-up in February.

"TTC assaults are significant. We have one a day on average," TTC Chair Karen Stintz said.

"It's important that our drivers feel safe and they feel as if they're supported when there is an incident," Ms. Stintz added.

That's where Mr. Symons, 53, and his fellow court advocate, Stuart Budgell, 57, come in.

They were partners on and off for 20 years as transit special constables – "we're like an old married couple," Mr. Budgell jokes – before they launched the transit advocates program in mid-2009.

But it's difficult to say why cases are down.

Perhaps, as ridership continues to grow, it is becoming more difficult to nab assailants on a crowded transit system. The advocates estimate that only about 15 per cent of offenders are caught and brought to court.

On the bright side, those offenders are not the repeating kind – and that could have something to do with the advocates' approach.

"We've only had two or three culprits or accused over the last three years that have been repeats," Mr. Budgell says. "It's like, once they've done it once, we never hear from them again."

The partners start their days around 6:30 a.m., checking overnight police and transit reports of offences on the TTC. Using their own database, they track transit crimes big and small, then show up at court to persuade the Crown to ask for bail or probation conditions restricting attackers' use of the TTC.

Before Mr. Musuli entered his plea, for instance, Mr. Budgell politely thrust a canary-yellow sheet of paper into the Crown attorney's hand with a list of suggested prohibitions, such as barring Mr. Musuli from the TTC between 10 p.m. and 6 a.m. and keeping him out of the station where he committed the offence.

When it comes time for employees to face their attackers, Mr. Symons or Mr. Budgell are there to guide them through the often perplexing court proceedings. When a conviction with jail time is secured, they fire off a press release.

"I knew we were having a real problem with our employees being assaulted. I also knew that the Toronto Police Service has far too many cases to be able to assist everyone," said Mr. Symons, a former bylaw prosecutor. "Our employees were showing up at court with nobody there to assist them for court, other than the officers in charge. I just wanted to put their minds at ease."

He was able to do just that the day Ms. McFadden, 55, faced her assailant at the Old City Hall courthouse.

"It's nice to have somebody with you when you're going through this," she said. "I don't really need anybody, but I'd rather have somebody."

And that is the opinion of a 22-year TTC veteran who is clearly no delicate bird.

On Oct. 5, 2011, the night of the attack, Ms. McFadden was staffing a booth at Dundas station when a man cradling a 26-ounce bottle of liquor told her he only had one dollar to pay for his subway ride.

"I said to him, 'If you took the 26-er back to the liquor store where you got it, then you'd have money for the subway,' " she recalled. The man, Mr. Musuli, left for a minute, then walked through an open gate without paying.

Spotting him, Ms. McFadden left her booth and demanded he pay up. Mr. Musuli punched her in the chest, a move she did not take lightly. "I had a pop in my left hand … I punched him quite a few times and threw my pop on him," she recalled with a laugh.

Back in the courtroom, Mr. Musuli's lawyer explained the accused had previously lived in a shelter, and his mental-health workers and doctors would need to be contacted for the pre-sentence report.

Mr. Musuli was, in short, the kind of needy and troubled culprit the advocates often meet in court.

While they sympathize with some attackers, the advocates care most about being there beside TTC workers, as Mr. Symons was for Ms. McFadden in court. 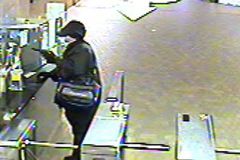 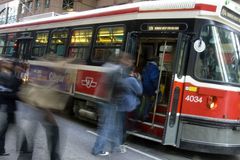 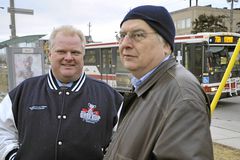