Toronto's food banks are seeing more people come through their doors, among them, an influx of Syrian refugees who are struggling with the city's high cost of living.

The number of people accessing the city's food banks rose 1 per cent this year, to 905,970, from last year and is still 13 per cent higher than 2008 levels, an annual count to be released Monday shows. The increase was partly driven by hundreds of newcomers from Syria who, having fled the five-year-old civil war, are now grappling with high rental costs and limited incomes.

Demand had been stable, but the sudden increase in the first three months of the year was the most rapid since the 2008 recession, noted the Daily Bread Food Bank report. "This most recent spike is the result of a combination of stagnant incomes, rapidly rising food and housing costs and an influx of newcomers, including Syrian refugees, making the difficult transition to a new country with little income."

Canada has admitted 30,647 Syrian newcomers since last November as both government-assisted and privately sponsored refugees, with thousands more due to arrive this year. More than 12,000 refugees from the Syrian conflict have settled in Ontario since November.

Christine Markwell, who co-ordinates the Agincourt Community Services food bank, saw a "huge increase" in demand from Syrian families this year, and cites rental costs as a major factor. She has adjusted services as a result, now offering a drop-in on Tuesday afternoons especially for Syrian families, and recruiting more Arabic-speaking volunteers.

The surge was a surprise to the Daily Bread's executive director Gail Nyberg. "I had expected to see some government-assisted refugees. But I did not expect the large influx of privately sponsored ones," until she realized that, in both cases, incomes are pegged to provincial social assistance rates, which she calls "inadequate." At the same time, "it's the story of all food bank users and all people living in the kind of poverty we see; it is the cost of housing in this city that is making people go without food."

The influx is such that Daily Bread conducted a separate survey of 54 Syrian families to better understand their experiences. It found the families are typically spending $1,410 on shelter of a total budget of $1,800 per month.

Among this sample, a fifth of Syrian refugee adults, and 13 per cent of their children, have gone hungry at last once per week. Despite financial hardships, 46 per cent said they are volunteering in their communities.

Ms. Nyberg said some are falling between the cracks because of delays in receiving the federal government's child benefits.

Average monthly rent for a unit in Toronto is $1,208 not including utilities, according to Canada Mortgage and Housing Corp. Average rental prices, not including condos, have risen 21.4 per cent in the past decade.

Ontario's monthly social assistance rate is up to $681 for a single person with no children.

Average monthly income among those coming to food banks in Toronto is $750, Daily Bread says, so that after rent and utilities are paid, each person is left with $7.09 on average to pay for everything else, including food, transportation and prescriptions.

The demographics of hunger have shifted in other ways. This year, 35 per cent of clients are over the age of 45, up from 26 per cent a decade ago. Many report losing their jobs, especially after the 2008-09 recession in sectors such as manufacturing, and are having trouble rejoining the labour market.

"I suspect it is going to be a larger problem as we go forward," said Ms. Nyberg. "Once your EI runs out, and you've spent all your savings, and you don't have the kind of [necessary job] skills, you're basically faced with 20 years of poverty before you get onto old age."

The count, conducted between February and May of this year, represents the number of people served by a Daily Bread or North York Harvest Food Bank. The results are based on analysis from 1,127 surveys. 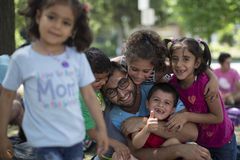 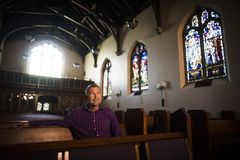 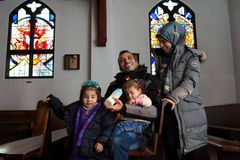