A coroner's jury is recommending that Ontario's child protection agencies merge to help prevent the miscommunication that allowed a seven-year-old Toronto girl to slip through the cracks until she was beaten to death by her guardians.

Nearly six months after the inquest into the death of Katelynn Sampson began, jurors on Friday delivered 173 recommendations that, if implemented, would completely overhaul the province's child welfare system.

One key message is that children in the system should be in the forefront of the decision-making process — an opportunity the inquest heard was never given to Katelynn, whose battered body was found Aug. 3, 2008.

The recommendations also include a provincial authorization process for child welfare workers that would see them undergo mandatory annual training and regular testing, and require a bachelor's degree in social work.

Others touch on raising awareness of the duty to report child abuse and information sharing within agencies and with law enforcement, which were key themes in the inquest.

Katelynn's mother, Bernice Sampson, wiped away tears as the report was read in court.

"For eight years, I have struggled through very difficult times. I am so glad it has finally come to an end," she said later outside court.

"Katelynn, today we see and hear you loud and clear. You are not invisible anymore. You can now rest in peace, it is all over, and I will see you when I get to heaven."

Suzan Fraser, who represents Sampson, said that what the jury is proposing amounts to a "seismic shift" in how the province handles child welfare.

Katelynn's Principle — which states that the child should always be at the centre of any investigation and should be consulted when crucial care decisions are made — should be applied to all policies, laws and services involving children, the jury said.

The Minister of Children and Youth Services said some important measures have already been put in place since Katelynn's death but that she will consider the recommendations.

The Native Child and Family Services, one of the agencies involved in Katelynn's case, also said it would review them.

Katelynn was sent to live with Donna Irving and Warren Johnson after her mother, who was addicted to crack, realized she could no longer care for the girl herself.

It was later discovered that a judge had granted the couple custody without knowing they had lengthy criminal records and previous involvement with child welfare agencies.

Irving and Johnson pleaded guilty in 2012 to second-degree murder and are serving life sentences.

The inquest, which began in November, aimed to clarify the circumstances surrounding Katelynn's death and suggest ways to prevent similar tragedies in the future.

The sharing of information between Toronto's four overlapping child protection agencies was a focus of the inquest.

The jury has heard that three agencies — including the Children's Aid Society of Toronto and Native Child and Family Services — were contacted about Katelynn or her guardians while she was living with them.

The agency's executive director admitted in his testimony that several opportunities to help Katelynn were missed but denied those mistakes led to her death.

Irving, who had lost two children to child protection services, was receiving voluntary support from the agency in caring for her other two children when Katelynn came to live in the home.

A caseworker noticed the girl a month later, but was told the couple was only babysitting, the inquest heard.

Later that summer, another caseworker opened a protection file after realizing Katelynn was living there. But it was quickly closed after Irving said Katelynn had gone back to live with her mother, which wasn't true.

No one at the agency spoke to Katelynn or her mother. Shortly afterward, Irving severed all ties with Native Child and Family Services, the inquest heard.

Katelynn's school also called Children's Aid several times. Those calls were referred to Native Child and Family Services, though no investigation was launched.

A third agency, the Catholic Children's Aid Society, also received a call in early 2008 and sent the information to a caseworker at CAS who had previously dealt with Katelynn, but the caseworker doesn't recall receiving it.

In the spring of 2008, Irving herself called the Children's Aid after-hours line saying she wanted Katelynn removed from her home. But when a caseworker called her back more than two weeks later, Irving lied and said she was receiving help from the girl's school, and the file was closed.

Irving was granted full custody in early June, roughly two months before Katelynn died from septic shock as a result of her injuries. The inquest has heard she was beaten hard enough to rupture her liver.

Inquest to begin into death of 7-year-old girl killed by her guardians
November 8, 2015 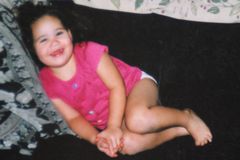 Guardians of 7-year-old sentenced to life in prison for her beating death
May 1, 2012
Report an error
Due to technical reasons, we have temporarily removed commenting from our articles. We hope to have this fixed soon. Thank you for your patience. If you are looking to give feedback on our new site, please send it along to feedback@globeandmail.com. If you want to write a letter to the editor, please forward to letters@globeandmail.com.
Comments