The evidence in the case of the police officer charged in the shooting death of Sammy Yatim last summer will "shock" the public, said defence lawyer Paul Brauti.

Constable Forcillo, a six-year veteran of the Toronto Police Service, is facing second degree murder charges after Mr. Yatim was shot at nine times and killed on a streetcar around midnight July 27, 2013. His death sparked outrage across the country after the release of bystander videos that showed Mr. Yatim alone in the streetcar and an officer shouting and pointing his gun. Several shots were then heard.

The case triggered protests against excessive use of police force.

Mr. Brauti urged the public to "keep an open mind" before protesting against Constable Forcillo.

"You should be very careful and think about the fact that you haven't heard all the evidence," he said. "Some of the evidence is pretty frightening."

Mr. Yatim's mother and friends were present at the hearing, one of whom was wearing a custom-made hoodie with slogans like "RIP Sammy," and "Justice will be served."

The preliminary hearing will decide if there's enough evidence to continue with the trial. The evidence presented is under a publication ban.

Mr. Yatim was an 18-year-old who came to Toronto from Syria in 2008. He had graduated from Brebeuf College School not long before he died. 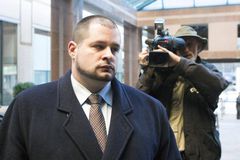 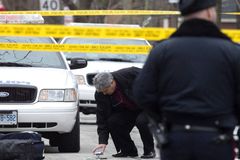 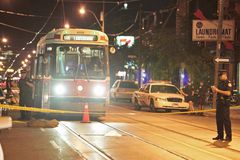