The decision to shelve a study of tearing down part of the Gardiner Expressway – including six unreleased visions for its future – was first made more than six weeks before Rob Ford was elected mayor, according to internal documents from Waterfront Toronto.

A committee of half-a-dozen staffers from the city and the agency that manages waterfront development opted to put the council-ordered environmental assessment (EA) on hold "given the pending election" during a conference call on Sept. 16, 2010.

The minutes of that meeting, along with e-mails traded in November of the same year, shed new light on how and why the study was halted, a move that has left city councillors and other Torontonians without a full menu of choices for the rapidly deteriorating Gardiner east of Jarvis Street.

A recent internal report said that section of the expressway will be unsafe to drive on in six years if it is not overhauled, and has reignited the debate over whether to repair it or raze it and find an alternative. The timing of the decision to pause the EA is important in part because some councillors have suggested Mr. Ford – who campaigned on keeping the downtown artery and against the assessment – ordered Waterfront to stop the $7.7-million study. His press secretary George Christopoulos said last week that this was not the case.

At the time the EA was halted, Waterfront Toronto was preparing to release six preliminary designs for that part of the expressway, the results of an international design competition that attracted big-name talent, including the firm of Dutch starchitect Rem Koolhaas.

"The committee discussed the option of delaying going public with the results of the Gardiner Expressway Design Competition given the pending election of a new mayor and council. It was agreed that the new administration and council would need time to be briefed on the issues in advance of having the options being presented publically [sic,]" according to the minutes of the 30-minute conference call.

Those designs, which cost $50,000 each, are still gathering dust. Two examined replacing the eastern portion of the Gardiner, two looked at removing it and two offered ways to ameliorate it, according to Michelle Noble, a spokeswoman for Waterfront Toronto. The designs could be made public if council votes to restart the EA, she added.

The minutes continue: "By deferring until the new council is sworn in, the project will be delayed by as much as four months on the back side due to the time needed to develop designs and properly consult outside of the summer months. The consensus was to delay the project and down tools on the EA for the time being, with minimal work proceeding in order to minimize costs until such time that the new administration and council has been properly briefed."

Waterfront Toronto provided the minutes of the Sept. 16 meeting and three follow-up e-mails at the request of The Globe and Mail. The agency is not subject to freedom-of-information laws.

Former mayor David Miller's city council voted in 2008 to begin studying the possibility of demolishing the Gardiner east of Jarvis. Early estimates pegged the tear-down at $300-million. The repair bill has been estimated at $505-million over 10 years.

Only one issue was discussed in the Sept. 16, 2010, conference call, which included former deputy city manager Richard Butts, Waterfront Toronto president John Campbell and four others.

"A single order of business entitled 'Timing' was addressed," the minutes say.

Two months later, on Nov. 17, Antonio Medeiros, the project manager for the EA, sent Mr. Campbell an e-mail asking whether two upcoming meetings of the Gardiner steering committee should proceed.

On the same day, Mr. Campbell forwarded the e-mail to Mr. Butts and asked for his thoughts. "I'm not sure we should be meeting until we get a sense of direction from new administration. You may recall we paused as a courtesy to new Council and Administration before we go forward to ensure they were briefed before it became public again."

What happened to the EA next is a bit of a mystery. Mr. Campbell said last week that he did not know why the city never provided Waterfront Toronto with a clear opinion on whether to proceed.

Some media picked up on the story that the EA had been put on hold. In the 2012 budget, the remaining money for the EA – about $3-million of it had been spent – was moved to other Waterfront Toronto projects.

Wynna Brown, a spokeswoman for the city, said the municipality and Waterfront Toronto agreed the EA would be "informally put on hold" given the other construction-ready projects that needed funding.

"Each year, Waterfront Toronto's list of projects far exceeds the funding available, which means we have to re-prioritize each year," she said by e-mail Wednesday.

In the new year, council is expected to vote on whether to rebuild the expressway or whether to revive the EA to tear it down. On Thursday, back from a Florida holiday, the mayor did not want to comment on the state of the Gardiner or the budget provision that seeks half a billion dollars to repair it. Mr. Ford said he had not been briefed.

"Let me get up to speed first," he told reporters.

With a file from Tu Thanh Ha

Tear it down or fix it: What do you think Toronto should do with the Gardiner?
December 13, 2012
new
By-election would jeopardize Toronto city agenda, manager says
December 20, 2012 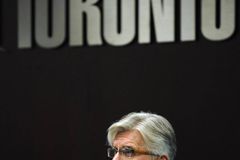 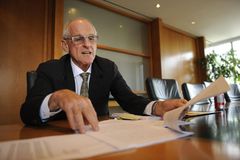 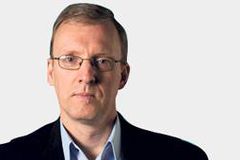 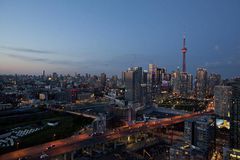 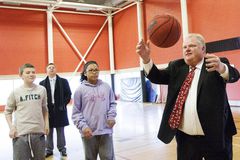 Councillors warm up to private-sector fix for Gardiner
December 17, 2012 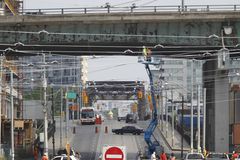