The much-ballyhooed towing crackdown championed by Toronto Mayor John Tory this year has raised millions in ticket revenues, removed a lot of cars and got plenty of media coverage. But the point was speeding up traffic – and still it's not clear whether it's doing that.

Politicians have been relying on anecdote, citing residents who say their commutes became noticeably faster once the police started enforcing existing no-stopping rules. There were no data to back up these perceptions, though.

In an attempt to shed light on the question, The Globe and Mail asked TomTom, a leading provider of GPS-based navigation systems, to analyze some key downtown roads. Its data are imperfect, unable to incorporate all of the variables that make traffic so complex. But the results offer the first quantified look at whether traffic is, in fact, moving faster this year.

The overall picture that emerges offers little evidence that travel times had come down dramatically in the early part of 2015.

Some roads were slower or unchanged. Others were faster. In only two of the 13 cases studied – Richmond Street in the morning and southbound Spadina Avenue in the evening – were the reductions in travel time greater than 90 seconds.

Mr. Tory said he is looking forward to more data, to help to get a fuller sense of what is happening on the roads. But he argued the approach is working.

"Had we not done what we've done … things would've been worse – nobody can deny that," he said in an interview at his City Hall office. "I'm really comfortable with the fact that we're doing something, as opposed to nothing. That we're doing the best we can."

Since the data prepared by TomTom do not cover the entire city, there may be routes where travel times did drop more sharply.

"Over all, my conclusion would be that the 'no stopping' initiative is one of a mix of tools to help improve traffic flow and reduce delay," Nick Cohn, senior business developer at TomTom, wrote in the report he prepared for The Globe. "But the data do not support a conclusion that this one initiative is making a dramatic, measurable difference."

In a telephone interview, Mr. Cohn was careful to stress that just because there is no conclusive evidence the towing crackdown is speeding up traffic, that is not conclusive evidence that it is not. He noted traffic patterns are affected by a great many variables, and trying to figure out the specific impact of towing would require much more data.

Other factors that could be affecting the travel-time numbers are construction on the Gardiner Expressway, which could have slowed traffic on city streets, and roadwork in the core.

The Globe approached the city for historic data on lane closings on the streets it had asked to be studied, but it did not receive information that could be incorporated into the TomTom analysis. The cycle tracks installed on Richmond and Adelaide streets are another variable, though city staff say they have not slowed vehicle traffic.

Mr. Tory said he was looking forward to the city getting 2015 data of its own, allowing for a better analysis of what is working in specific places.

"If we have two data sets that both say that Adelaide Street east of a certain place is only 30 seconds better, then I'll be saying to [Transportation Services general manager] Steve Buckley, 'Well, Steve, let's go over there and take a look at what can we do there.'"

The TomTom analysis focused on Richmond, Adelaide, Spadina, Yonge and Gerrard. In most cases, these were studied during the morning and evening peak periods and, where possible, in both directions. These streets were chosen based on input from regular commuters, who said these were typically among the worst in the city.

For the purpose of the comparison, the differences in travel times between 2014 and 2015 were adjusted by any change to the base case time – a measurement of the middle-of-the-night situation, used as a benchmark.

The city has recently begun to use traffic data on a bigger scale, enlisting an academic to ferret out useful information from a mass of material gathered from 2012 to 2014. The 2015 data are expected later this year or early in 2016.

Mr. Buckley, at Transportation Services, has warned that even when this year's numbers come in, it still may not be possible to pinpoint specific effects from the towing policy.

"It'll be another tool in the toolbox," he said earlier this month. "The transportation system is very complex, and it's always susceptible to a whole host of external factors and exogenous factors. So I would probably be a little wary of drawing 100-per-cent definitive conclusions that something was or wasn't successful based on [these] data."

Rerouting the Gardiner: How Toronto has been down this road before
September 19, 2015 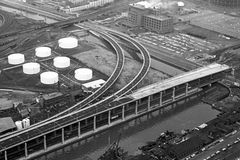 Toronto aims to use data for traffic insight
October 2, 2015 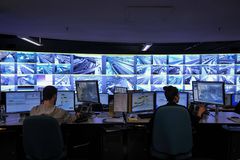