It will be another summer of long lineups for ferry tickets to the Toronto Islands.

The technology to buy tickets online or scan them to a smartphone is not scheduled to be in place until after Labour Day. The new format, aimed at reducing lengthy waits at ticket booths at the Jack Layton Ferry Terminal, was announced last summer and was supposed to be rolled out earlier this year.

The reason for the holdup: delays in finalizing an agreement with the company providing the needed technology.

VisionMax Solutions Inc. was selected in June, 2013, by the city as the winning bidder. The contract though, was not signed until last month, as a result of unexpected "legal issues," explained Rick Powers, director of policy and strategic planning with the city's Parks, Forestry and Recreation department. VisionMax was acquired by another company and then reacquired by its president and chief executive over the past year. That led to a review by the city's legal staff to ensure there were no issues with the original contract or intellectual property rights related to the ticket purchasing software, said Mr. Powers. While the reviews were taking place, the company "has been very active in developing the software," said Mr. Powers.

The ferries carry 1.2 million passengers annually. More than 80 per cent of that total is between the Victoria Day weekend and Labour Day.

Gordon Wilson, 74, who passes by the ferry terminal frequently, said that he has already seen lineups that have gone as far back as Bay Street.

"The lines seem to move fairly quickly, but the last one I saw was way out to the street and then double back the other way. That was a Sunday afternoon," he said. "It's difficult for couples with small children and elderly people that have to stand all that time.

"I would think that they'd need to start it tomorrow," he said when told the online ticket purchasing option was delayed.

David McDougall, president and chief executive of VisionMax, said the company is eager to implement the new software. "We have built the system. It is ready to go," he said. There is still testing to be done in areas such as online security. According to Mr. Powers, it should be available to the public in early September. Tickets can be purchased and printed off at home or scanned to a smartphone, for a single person or groups. They will be good on any day for up to a year.

The "complications" that led to this most recent delay, were "outside the city's control," said Councillor Pam McConnell, whose ward includes the area where the ferry terminal is located.

"I am looking forward to jumping into the new millennium with the paperless ferry tickets, but the city legal staff did need to ensure that the city's legal interests were protected," she said. The councillor referred to it as having taken 14 years to improve ferry ticket service in the city, but added that she is relieved the new system will be ready in time for the 2015 Pan/Parapan Am Games in Toronto.

The agreement with VisionMax also includes the installation of four automated kiosks at the terminal, which should be operating this fall. Kiosks that were similar to parking ticket machines were in place previously, but they were removed in 2012. Mr. Powers agreed that the old kiosks were confusing and not user-friendly. The new ones will be fully accessible, including to people who are hearing or visually impaired, have a large touch screen and allow for payment by credit or debit card or cash. "It will be a rapid point of sale," promised Mr. McDougall.

Tickets purchased from these machines will need to be scanned by staff at the terminal on the way into the "holding area," where passengers wait to board ferries on a first-come, first-served basis. "Because of the nature of the ferry terminal, this will still be part of the process," said Mr. Powers.

With reports from Ann Hui and Sean Tepper. Shannon Kari is a freelance writer. 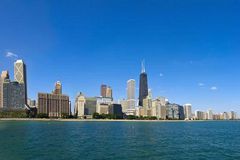 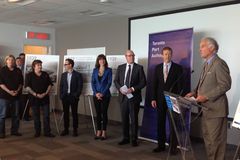 Review
Haitian cuisine gets its due at a pair of Toronto restaurants
June 6, 2014 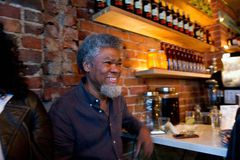