Jane Jacobs, the American-Canadian activist and author (of 1961's influential The Death and Life of Great American Cities and more), is the subject of Jane at Home, an exhibit of photographs and personal items that cover her life from a Pennsylvania childhood to her days in New York to her decades-long life in Toronto. We spoke to her son, Jim Jacobs, the exhibition's co-curator.

People will have different ideas of who and what Jane Jacobs was. But how would you, as her son, describe her?

You live in the Annex, on Albany Avenue, the same street where Jane lived from 1970 to her death in 2006, is that right?

Yes. My wife and I had bought a house a half a block away from the house at 69 Albany Ave. We could luxuriate in a bigger space. But basically I was living at home my whole life. You can build up quite a few memories in 60 years.

Sure, I'll give you an anecdote. When we arrived from New York in 1968, before we lived at the house on 69 Albany, we rented a flat on Spadina Avenue. Soon after we had moved in, Marshall McLuhan came by. He looked around and asked, "Who cleans this place?" Jane looked at him and said, "Nobody." So he and his wife had a cleaner, an Italian woman, and they sent her over. She spoke almost no English. She walked into the place and shook her head and said "too dirty," and off she went. Eventually, very reluctantly, she returned. Our families became close, and she visited Jane once a week, until Jane died.

What was it like as child, with an urban thinker as a mother? Was it, "You kids be quiet, your mother is thinking!"

Our homes were very lively. We got along pretty well as a family. And the house on Albany Avenue was a real centre for all kinds of young people. My brother and sister and I all had many friends. What a view of what was going on in the city.

What was the soundtrack of the household, generally? Was it television? Radio? Music?

We often had a record player playing. Jane and my father [architect Robert Jacobs] enjoyed protest songs. Lively, vigorous, angry songs. We grew up with those. In the exhibit, we'll have a soundscape that includes recordings of selections from all the old records.

Actually, Jane and Bob Dylan wrote a song together. Jane needed a protest song for the fight against the Lower Manhattan Expressway in New York. A friend of ours, Harry Jackson, an artist, had a folk singer sleeping on his floor. He sent Dylan around to the house. Jane helped him, telling him how a protest song was structured and how it worked. I think it was the first protest song he ever wrote.

What was the song? Who recorded it?

Nobody recorded it. The song was Listen, Robert Moses. A copy of the lyrics has surfaced on the Internet recently. It's not the world's greatest song. But it's an interesting piece.

Can you talk about putting the exhibit together, and the memories it stirred?

It's been interesting. People who die don't keep making new memories exactly. But when you think about conversations we've had with them, our view of what they were and what they meant and what they said changes. You reinterpret what you remember. It's been wonderful to do, and it's been a pleasure. 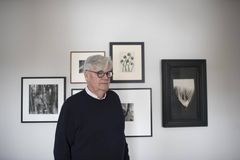 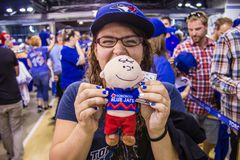