How do you turn almost 60 acres of little-used land into a bustling business destination and a key stop in the mayor’s SmartTrack plan? Elizabeth Church reports on all the pieces that must fall into place to develop the former Unilever site into something more 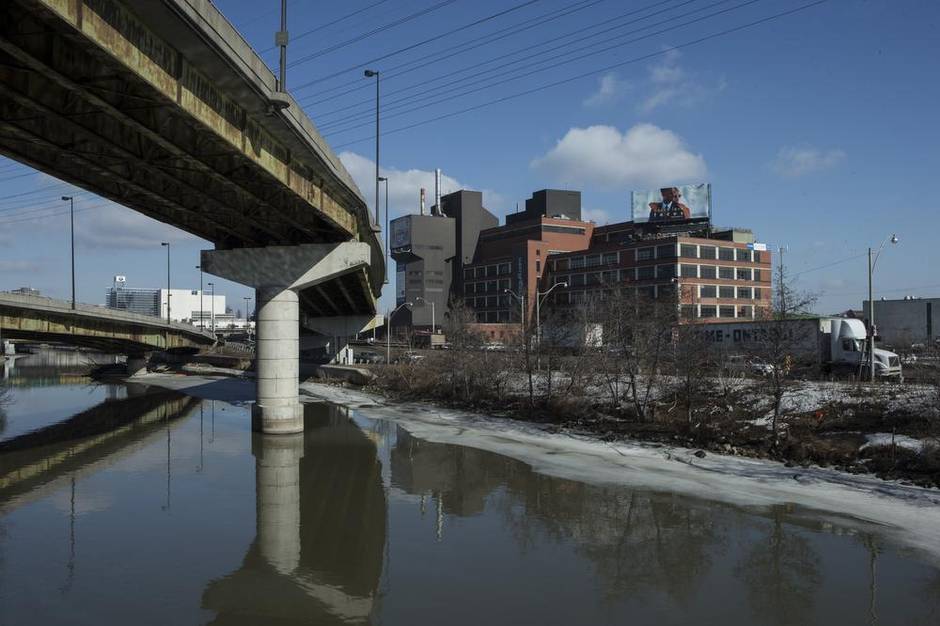 (Photos by Chris Young for The Globe and Mail)

On a weekday morning, the windswept lot at the bottom of the Don Valley looks like a reminder of Toronto’s past rather than a promise of its future.

Once a base of industry and hundreds of jobs, the site of the former soap plant sits empty but for the tractor-trailers dotted around a parking lot advertising its owner, developer First Gulf.

There is a lot riding on this property and the industrial strip that extends from it to the east – what area councillor Paula Fletcher calls the last large stretch of “old growth” employment lands left in the former city. Plans to make it a hub for new office development will take years to unfold, but several decisions in the coming months will shape how that happens. Revitalizing the property is a key part of the financial plan behind Mayor John Tory’s proposed SmartTrack light rail line. And since taking office, the mayor has made personal appeals to Ottawa and Queen’s Park to get money for the flood protection that must come before any development here or in the Port Lands to the south. The fate of the eastern Gardiner Expressway – before council this spring – also will have a major impact on access to the site.

If all goes as planned, the former industrial property, together with the Port Lands, will be transformed from a place commuters race by on highways and in trains to their destination, and it will be a selling point for the city in its quest to retain and attract corporate headquarters and new jobs.

“It will be a great magnet for us – not just the Unilever site but the entire precinct,” Mr. Tory said in an interview. “We can go out and try to attract global companies. When you start from scratch like this you have that opportunity.”

For that to materialize, a number of pieces must fall into place. Ringed by highways and tracks and sitting on a flood plain, the former Unilever property can’t be developed without solving what those involved in the project call the three Rs: river, road and rail. It also requires a meeting of the minds at all three levels of government.

The incentives to push forward are high. First Gulf – which declined to be interviewed for this article saying it is in a “consultation phase” before it finalizes plans – wants to transform its 29 acres into Toronto’s version of Canary Wharf, a reference to London’s revitalized port lands. When adjacent lots held by the city and private property owners are included, the potential area of development doubles to 60 acres. Plans envision a new corporate centre for 50,000 or more office workers that stretches east from the Don Roadway between Eastern Avenue and Lake Shore Boulevard.

Details of the development have yet to be finalized, including the fate of the former soap factory. First Gulf held its first community consultation earlier this month and has yet to submit plans to the city. It is working on a master plan for the area. 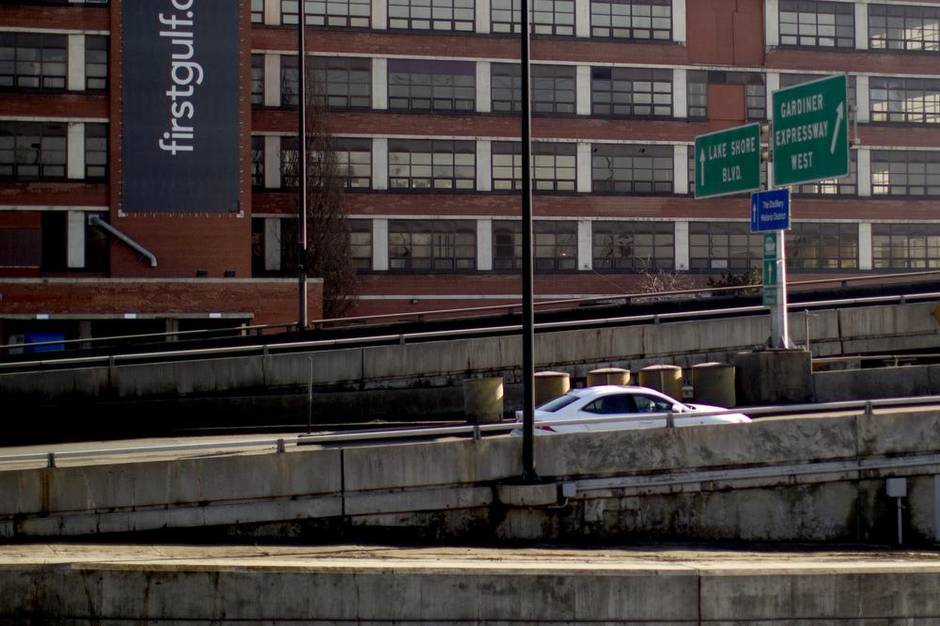 For Mr. Tory, the new commercial development is an important component of his SmartTrack plan. The proposed commuter rail line would run right past the site, which is now poorly served by transit. The office development would provide the boost to the city’s tax base that is the foundation of Mr. Tory’s plan to fund his transit plan. Its workers would fuel demand for the new service that would run on the existing rail line. Likewise, reliable transit will be required to entice tenants to venture east across the Don.

SmartTrack or some kind of transit hub is essential to developing this parcel as well as the Port Lands, he said. Development of the site won’t make or break SmartTrack, he contends, but says he is confident the property will be revitalized.

Any development proposal hinges on getting hundreds of millions in federal and provincial funding for flood-proofing and the long-planned naturalization of the mouth of the Don River.

“That is a key puzzle piece that has some urgency to it,” Mr. Tory said.

The approaching federal election and the need for the Conservatives to gain support in vote-rich Toronto have raised expectations that funding will fall into place in the coming months. Mr. Tory has made a personal pitch for the money to both the province and the federal governments. He is actively working to arrange a meeting among himself, Ontario Infrastructure Minister Brad Duguid and federal Finance Minister Joe Oliver in an effort to secure a deal, according to a city hall source.

Mr. Duguid said he is eager to have the meeting and is supportive of the flood-proofing plan, but there are issues, such as who would be responsible for cost overruns, that need to be determined before the province will make a financial commitment. “We need to do our due diligence,” he said.

Cindy Wilkey, co-chair of the West Don Lands Committee, believes the plans for the former factory site may be what is needed to finally get funding for the planned improvements to the Don River. “It’s a catalyst already. It has governments talking,” Ms. Wilkey said, describing the site as “a big swath of land that is ready to be awakened.”

For this to happen, the site that for so long has been cut off from the downtown must be integrated with the city at its doorstep.

“It is one of the better located, most poorly connected sites in Toronto,” says Gregg Lintern, the city’s director of planning for the area.

For decades, the soap-factory site has had one way in and out and that road has limited access and is an approach to the northbound lanes of the Don Valley Expressway. To the north, the rail lines cut it off and ramps to the Gardiner Expressway and DVP tower over it and limit access from the south and west.

Grafting the site onto the fabric of the city will be a challenge, Mr. Lintern says. Plans to extend Broadview Avenue south and bring transit in that way would require it to “punch through” the railway lands. Solving the approach problem will require the reconfiguration of the Gardiner or the dismantling of its eastern section. First Gulf, an early supporter of the removal option for the highway, last year proposed moving the section of roadway east of Cherry Street north and adjacent to the rail lines. The move would keep the link between the Gardiner and the DVP while reducing the footprint of the highway.

Mike Williams, the head of economic development for the city, believes the stretch of employment lands in the city’s east end will help Toronto compete with other markets in the 905 and beyond, offering an alternative for office space that is somewhere between the bank towers of the downtown core and suburban corporate centres.

The local councillor, Ms. Fletcher, who fought successfully to keep the area south of Eastern Avenue as employment lands, calls the development “transformative” and says because of that it warrants careful planning. “There are some difficult decisions here. There can be no knee-jerk reactions,” she said. “This is a jobs hub for the city’s future.” 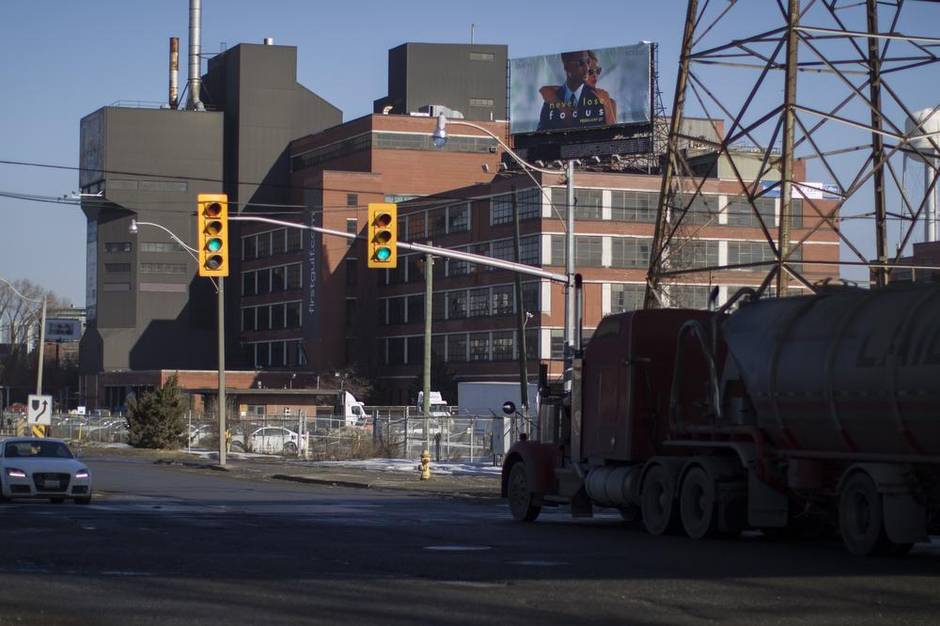 The first step for any development is flood-proofing for the east side of the lower Don River. After years of study, an environmental assessment that contains plans to naturalize the river’s mouth has been approved by the province, but the work remains unfunded. Plans are for equal contributions of $325-million from the city, province and federal government. Toronto deputy city manager John Livey said the city’s share will come through development charges. Federal Finance Minister Joe Oliver has said there have been “productive conversations” about the request. The Ontario government is proposing a third-party review of the business case for the project and its costs before it cuts a cheque.

City staff is expected to report to the public works committee and council this spring with a revised look at options for the Gardiner Expressway east of Jarvis Street. The report will include cost and funding proposals for a new “hybrid option,” proposed by developer First Gulf, that would see the path of the elevated highway shifted northeast of Cherry Street. Other options include maintaining the eastern portion of the expressway or tearing it down. A decision on the expressway was deferred during the last term of council, and there is now pressure for action given the crumbling state of the elevated roadway.

Even before SmartTrack, First Gulf envisioned a train stop on its site. Bringing transit to the area – along the rail corridor, as a subway relief line or as a southern extension of Broadview Avenue – is a requirement for attracting commercial tenants. “Nothing will happen without unlocking the transit piece,” Councillor Paula Fletcher says. A regional rail line such as SmartTrack will give the site “an incredible level of access,” city planning director Gregg Lintern says. Transit options will also influence the scale of development, he said.