On the hottest days of this sweltering summer, riders on the Bloor-Danforth subway would brace themselves as their train pulled in, hoping that they would not get one of the cars without air conditioning.

If they came up unlucky, some would sprint to the next car, hoping to find a bit of cool relief there. Others would suffer in silence, sweating their way to work in subway cars that reached temperatures in the mid-30s. And some would take to social media, raising such a fuss that Mayor John Tory was eventually shamed into trying out one of the hot cars for himself.

The mayor called the discomfort "considerable" when he exited on Wednesday morning at Kipling station and said he had encouraged the Toronto Transit Commission "to find ways to do better." But no money is on offer to accelerate repairs. And the TTC is promising only that the situation will be improved by next summer, not necessarily fixed.

The air-conditioning is failing partly because of the age of the units, which both the workers' union and transit agency agree should have been overhauled sooner. Their fragility has become clear this summer, with the heat forcing them to work harder even as a particularly foul mixture of substances known as "tunnel fur" has been jamming up the condensers.

"Tunnel fur is actually a combination of some pretty disgusting things," TTC spokesman Brad Ross said. "Feces from, you know, rodents like mice and what-not that are in the system, hair, human skin, mineral oil, dust, brake dust. All sorts of grime … sort of latches onto the wall and builds on the track bed. And as the trains pass through it, it kicks it up. And those condensers, which are sucking air, begin to get clogged."

The newer trains on the Yonge University Spadina line have been unaffected by these problems. But the TTC says 15 to 20 per cent of the subway cars on the Bloor-Danforth line do not have functional air-conditioning units. This works out to an average of about one hot car a train.

Riders say the problem was notably worse earlier in the summer. The TTC has been trying to catch up to its backlog of broken conditioning units, and is overhauling functioning ones.

The time needed to fix one car can range dramatically, Mr. Ross said, which is why the TTC is hesitant to put a firm timeline on finishing the repairs. And while the broken ones are being fixed, others will be failing.

Mr. Ross acknowledged that the overhaul could have been started earlier.

"The preventative maintenance schedule, on the [air-conditioning] units particularly, knowing what we know today, we would have done something differently," he said. "Some of it could have been done and should have been done prior to last year."

Bianca Spence, the west-end resident who challenged to Mr. Tory to ride the line with her, said she wanted to draw his attention to riders' plight.

"This is about the mayor hopefully seeing what it's like on this particular line, which isn't as lush right now, and the realities of it. And [for him] to go into another council meeting where he might be asking for efficiencies and figure out how to have a more equitable level of service and rider experience." 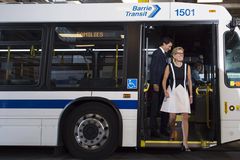 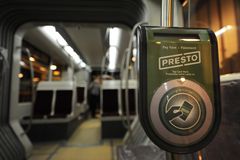 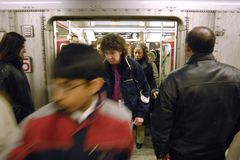 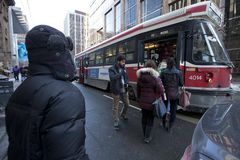