It's 11 a.m. on day two of Millie Patisserie's soft opening and Christinn Hua is diligently wiping away the condensation collected inside a display case. Behind her, in her shop's back production kitchen, staff is churning out rare cheesecake tarts and their signature mille-crepe cake – brushstrokes of ethereal pastry cream sandwiched in between 20 lacy crepe layers.

Hua is facing opening hurdles: logistics, staffing, training, the challenge of drawing customers to an alleyway location, in addition to battling a dysfunctional cooling system.

Ask anyone in the food-service industry and they'll tell you it's a fickle business with long hours and low wages. Compounded by Toronto's astronomical rent, starting a food business is too risky a venture for most, let alone a second outpost, as Hua has done hot on the heels of the second anniversary of her Kensington flagship, Millie Creperie.

The twentysomething Hua is not alone. Despite the less-than-desirable lifestyle associated with working in foodservice, a number of young entrepreneurs are taking a sweet gamble on a future in desserts and confections.

For a while dessert was vilified: pegged as a fat-and-sugar-laden indulgence, it was the first thing most health-conscious consumers would cut out of their diet. Tracking American eating patterns since 1986, the NPD Group found that sweets consumption after a meal had dropped from 24 per cent to 12 per cent in 2015. Closure of once-popular franchises like Just Desserts appears to signal this cultural phenomenon.

But in the past 12 months, more than 30 businesses specializing in sweets have opened in the GTA, from Parkdale's Tempered Room to Markham's Duo Pâtisserie.

Indeed, the definition of dessert has evolved. Formerly a treat consumed after dinner, its role has relaxed, and – explains Darren Tristano, executive vice-president of food-industry research firm Technomic – now encompasses non-traditional items such as frappé coffees and waffles, portable treats that can be consumed any time of the day. And according to American market research agency Mintel, prepared pies and cakes have also seen a 24-per-cent growth from 2009 to 2014 due to between-meal snacking.

It's not quantity, but quality that matters. Cori Murphy, pastry chef at Alo Restaurant, has seen this change at the level of full-service restaurants and independently run shops such as Montreal's renowned Patrice Pâtissier. In recent years, customers are more willing to spend more on a handcrafted chocolate bar or order every dessert on the menu just to try them all.

Technomic's 2013 report on consumer trends supports this observation: while 38 per cent of Canadians eat dessert at least twice a week, these label-reading consumers are also willing to pay more if the product is made from real (44 per cent), local (31 per cent), and premium (31 per cent) ingredients, or from scratch (41 per cent).

Not ready to desert desserts, a hungry younger demographic largely drives Toronto's burgeoning scene: while older generations enjoy nostalgic, classic flavours, it's millennials who are looking for adventurous new flavours, supported in part by their increased interest in global cuisine.

Discerning sweet tooths want non-traditional treats that aren't easily replicated at home, like Hua's 20-layer mille-crepe cake or chocolatier David Chow's handmade confections. Both proprietors admit that breaking into the market is difficult, but perseverance and months dedicated to educating potential customers has generated a positive response to their products.

For some operators, the allure isn't simply being their own boss or having artistic freedom; it's the satisfaction of being able to connect directly with their customers in a way that wasn't previously possible behind kitchen doors.

A graduate of top pastry kitchens in Paris and Hong Kong, Stephanie Duong of Roselle explains: "Food is love – it's something that unifies people, and is shared together. We celebrate with cake, so to have a place that creates things like that, and where I can talk to customers, is the best part of my job."

However, there are risks: approximately 30 per cent of restaurants fail within their first year of operation. Besides high food costs, there are high overheads; those with staff estimate labour taking up 35 to 40 per cent of their costs. All admit to taking little to no pay in the first year of business.

"I never had any illusions of grandeur thinking I was going to get rich going into the food industry," confesses Sanober Motiwala, a public policy consultant and Scoop Shop's owner, who started the business as a way to combine her interests in pastry and science training. "I had modest projections, but if I didn't have catering, the farmers' market, and events, I probably wouldn't have opened a shop."

Saving up for his own space, Chow, who operates out of The Eatery sandwich shop, is the business's only employee. He says he made $17,000 in his first year of operation – a substantial cut from his days at Trump Toronto or Drake Hotel Properties, where he worked fewer hours and had fewer hats.

"Any small business is scary to get into, but if you make a really good product, then hopefully people will buy it. It's very rewarding; there's nothing else like it," Chow says.

Dessert-loving millennials are also drawn to the experience: the more unique or innovative, the greater chance it'll be Instagrammed. David Sax, journalist and author of The Tastemakers, compares the trend to the cupcake phenomenon, citing how the trend wasn't about the item but the changing attitude of a public that's becoming more interested in food.

"Cupcakes were around before the cupcake craze – it's not like they suddenly became tastier," Sax explains. "The business model itself is almost more important than the food. They became appealing because these new food experiences have an entertainment factor, and it feeds into social media. But if you're a business born out of a food trend, you're relying on an energy and momentum that's very difficult to sustain over time. The next thing will come along – other competitors, the next flavour, and the crowds will move on. Something like Just Desserts proves that example: once upon a time it was a hot place. It shows the very fleeting nature of these things."

Sax notes that a business will have to branch out to survive. "Even Magnolia Bakery," he says, "sells a lot of stuff beyond cupcakes."

Branching out is just what Hua has done with Millie Patisserie, by selling prepared desserts out of the production kitchen's front space. But it's not a fail-safe. "I'm terrified that people will stop coming one day," she says. "It's a specialty product, and I can't help but wonder once everyone's tried it, if they'll come back. Customer service is important but at the end of the day, it's about the product: you try your best, you don't cut corners and you hope that people notice." 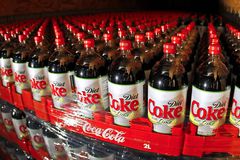 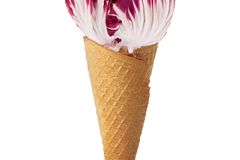 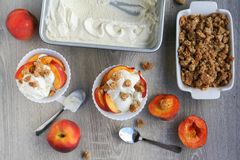