Kheaven Brereton (the alt-rapper better known as k-os) not only has a new album on the way (Can't Fly Without Gravity, Aug. 28), he's collaborated with Ontario's Beau's Brewery on Golden Vox, a rye pale lager with a kiss of whisky (in stores in October). We spoke with him about beer crowds and about Sunday's Pan Am Games closing ceremony, starring Kanye West, a performer not to everyone's taste.

You've partnered up with Beau's Brewery on a new beer. What kind of beer do you normally go for?

When I was living in California, I was on a tour. One of the bands was called Rx Bandits, and their favourite beer was Sierra Nevada Pale Ale. I tried it, and I just lost it. I said this is my thing. It was my first find, and that's when I started to own my own taste. I put Sierra Nevada on a pedestal, but I think my own beer is better.

This weekend in Bandshell Park they're holding Toronto's Festival of Beer, which you've previously played. What's a beer crowd like?

A beer fest crowd is a little bit more rambunctious. It's not drinking shots in a dark bar. People are outside, they're tasting these different things. It feels like a harvest festival, where something is being celebrated. There's a smorgasbord feel to it, and the whole tasting thing I think leaves them open to someone on stage that might be unconventional.

You played at Harbourfront, for the Panamania festival. What was that crowd like?

There would be no way to categorize the crowd. Canada touts the multicultural. What separates Canada from America is that we're a real melting pot. So, to be honest, I didn't really feel much of a difference between my Panamania show and a regular show, playing Toronto, Calgary or Vancouver. It's a beautiful thing.

I understand your family was there.

My brother brought out my parents and didn't tell me. My dad was just sitting there. It's very hard to be a rock star with your dad staring at you from the fifth row.

What's your take on Kanye West headlining the Pan Am Games closing ceremony this weekend, and the petition to have him removed from the bill?

Canada is going through something now. A lot of the biggest artists in the world are from Canada – Justin Bieber, Drake. So what it means to be Canadian now, in 2015, has changed, to the point where you're going to get Kanye West to close the Pan Am Games and everyone is going to go "wait a second." They don't understand. They think it should a Canadian artist.

Kanye West is Pan-American. So there is no real argument.

Don't you think the protest has more to do with his personality than with his passport?

Kanye is a controversial, edgy person. I've met him a couple of times. He seems to be an interesting, artistic guy. Who knows how much of what he puts out there is for the sake of media.

Right. There's a long history of people not liking people for their politics. This happens every generation. We can't get old and get mad because somebody is doing things differently than everybody else.

Do you think the petition smacks of provincialism?

I'm a fan of Zen Buddhism. To know what something is, you have to know what something else is. We can't know what's really Canadian, without going outside of Canada. Listen, there are artists in Canada, if you ask an American they wouldn't even know they're Canadian. They're surprised to learn that Ryan Gosling is from Cornwall, Ont. So, the lines are more blurred more now. This is the world we live in.

K-os's Golden Vox will be served at Toronto's Festival of Beer, to July 26. $39.50 to $79.50 (available for Sunday only; other days sold out). Bandshell Park, Exhibition Place, beerfestival.ca. 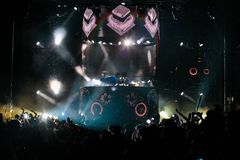 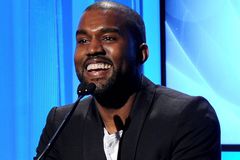