With the introduction of full-day kindergarten programs in Ontario, British Columbia and Prince Edward Island last fall, Canada is leading the shift away from pen and paper exercises toward play-based learning. Politicians have staked billions of taxpayer dollars and the success of the next generation on this more subtle approach to teaching young children.

So we decided to investigate for ourselves. Is full-day kindergarten anything more than a very expensive, vote-winning form of government-backed daycare?

The Globe and Mail spent the past year following four very different children inside their Toronto-area classrooms. A reporter, researcher and videographer were given access to 100 kindergarten students, their teachers and school leaders and we assessed the progress of four children through measures developed by researchers at the Ontario Institute for Studies in Education.

The project's objective was to delve deeper than reading, writing and arithmetic, to track the more complex but less measurable developmental hallmarks of early learning. What emerged were portraits of four young minds, and the building of the mental scaffolding that will shape the way they learn.

Sitting next to these children inside classroom, The Globe witnessed different types of learning. There were planned lessons that tied sounds to letters and dietary habits to dinosaurs. And then there were broad ideas, little epiphanies that sparked children's minds while they were at play and made their worlds a little bigger.

These ideas turned up at a paint easel when blue blobs merged with yellow, on a carpet where friends disagreed about which book to read, and over a candy box filled with the unexpected – raisins – that one young boy realized he could use to deceive his friends.

With the paid help of a researcher from the Ontario Institute for Studies in Education, Kadria Simons, we assembled a battery of games and exercises that were performed with the children in dozens of classroom visits throughout the school year.

We interviewed them about what they were learning using finger puppets, a technique research has shown can elicit richer and more complete answers from kindergarten-age children. This gave us a sense of what was engaging students, and what parts of their school day were having an impact.

We asked them to draw themselves, their classrooms and their teachers, which gave us insight into their relationships, fine motor control, and to their evolving understanding of space, perspective and scale.

We handed the children a digital camera and asked them to take a picture of the five most important things in their classroom. A shift in the children's focus through the course of the school year, from objects to people, underlined the importance of social interaction.

And we also did a number of one-time-only tests that assessed the children's ability to control their impulses, through self-regulation, and their understanding of their own perspective of the world and the perspectives of others, or as it's known in pedagogy "theory of mind."

"We kept seeing these huge leaps forward with each visit, not only in physical growth but emotional and social growth," said Ms. Simons. "[Full-day]is a very exciting model. We won't be able to see the impact for years to come but in its initial stages, we were able to see a lot of growth in the kids who were able to participate."

Over the course of the year, in addition to building intricate portraits of four young students and how their classrooms affected their learning, our visits provided an inside look at some of the growing pains of a such an enormous educational shift – issues of demands, space and funding.

However, as the school year comes to a close, the voices of opposition appear to have grown dimmer. One of the loudest critics, Ontario's Progressive Conservative Leader Tim Hudak, changed his tune recently and announced his party would support the full-day program.

"More and more I'm becoming convinced that full-day kindergarten has the potential to change our whole education system and refocus it on a love of learning," said Catherine Fife, president of the Ontario Public School Board Association.

It became clear the extra time that came with a full-day allowed more time for this type of learning to take root. Glimpses of them were captured and compiled on-line, in videos, images and stories we have called The Kindergarten Diaries.

Kate Hammer: The goal was to get inside the classroom
June 10, 2011 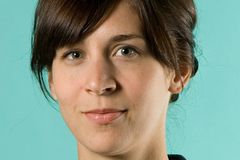