One of Canada's wealthiest couples is embroiled in a court battle with their insurance broker more than five years after burglars made off with about $2-million in jewellery – including two 1970s-era Montreal Canadiens Stanley Cup rings – from their Forest Hill home.

The thieves not only stole an entire 140-kilogram safe from Paul and Judy Bronfman's mansion in November, 2008, they also unwittingly launched a legal battle that still rages over the fine print in the Bronfmans' insurance policy. And now, that fight is headed to Ontario's highest court.

After the break-in, it turned out that the Bronfmans' insurance policy had limits of $10,000 for jewellery and $1,500 for cash, leaving them out-of-pocket for almost all of their missing valuables. At the centre of the dispute is the question of just how far an insurance broker must go to ensure a client's policies are adequate, and whether a form letter outlining a customer's coverage limits is enough to get a broker off the hook.

According to court documents, among the stolen items were the Stanley Cup rings worth $15,000 each, a platinum necklet with 95 diamonds worth more than $100,000 and a pair of 18-karat-gold, diamond-mounted earring jackets worth an estimated $522,285. The thieves, who were never caught, also made off with $50,000 in cash.

The Bronfmans sued their insurance broker, BFL Canada Risk and Insurance Inc., for $3-million, alleging the broker was negligent for failing to ensure that the couple's policy reflected their "standard of living." BFL has alleged the Bronfmans were well aware of the coverage limits in their policy, which was with AIG Assurance.

Last November, after a lengthy trial, an Ontario Superior Court judge sided with the Bronfmans. Justice Elizabeth Stewart ruled that BFL was negligent in failing to review how many valuables the Bronfmans kept in their home and for failing to advise them to upgrade their coverage.

The judge rejected BFL's arguments that the limits were spelled out in form letters sent to Mr. Bronfman. In her ruling, she concludes that the couple would have upgraded the policy to cover their jewellery had they known that it did not.

Now, BFL is challenging that decision before the Ontario Court of Appeal, arguing in a notice of appeal that the judge relied on "common sense" and not "objective evidence," and that she "failed to consider the uncontroverted evidence that Mr. Bronfman knew he was underinsured."

BFL, represented by lawyer Deborah Berlach of Stieber Berlach LLP, also says the judge was wrong in "distinguishing jurisprudence based on personal wealth," when she dismissed a previous insurance case that held that a form letter outlining coverage limits was adequate notice and cited the Bronfmans' wealth as a factor.

The notice of appeal says the judge was wrong in "dictating that legal principles ... do not apply to those individuals of significant wealth."

The Bronfmans, who are represented by Brian Brock of the firm Dutton Brock LLP, have launched a cross-appeal. They are demanding additional compensation for 80 pieces of jewellery on which the judge had said the couple should not recoup their losses because they would not have insured jewellery worth less than $20,000.

Neither side would comment about the case because it is before the courts.

Well-known for their philanthropy, the couple is part of the wealthy Montreal-based Bronfman business dynasty. Mr. Bronfman, chairman and chief executive officer of Comweb Corp., is recognized as a leader in Canada's film and TV production industry.

The burglary of their 22,000-square-foot home made headlines in 2008. At the time of the crime, the Bronfmans' high-end security system had been deactivated, leading police to speculate it was an "inside job."

Much of the 2012 trial was spent on testimony about the nature of the items lost, which the Bronfmans had not catalogued. A Montreal expert witness was called to testify about the value of Mr. Bronfmans' two Stanley Cup rings, which date back to when Mr. Bronfman's father, Edward Bronfman, and his uncle, Peter Bronfman, owned the team in the 1970s.

Mrs. Bronfman testified at length about the stolen jewellery – some of which were family heirlooms. At one point her lawyer asked her how she knew that one pair of missing hoop earrings was made of 18-karat gold. She said she knew because her husband bought them for her: "Paul, I think, always buys me the best."

How the Bronfmans’ ‘standard of living’ got lost in the fine print
October 14, 2012 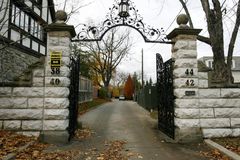 Feud with city of Toronto has Bronfmans on the fence
May 25, 2010 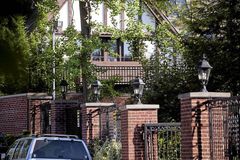 Bronfmans offer reward for stolen jewellery
November 17, 2008
Follow Jeff Gray on Twitter @jeffreybgray
Report an error Editorial code of conduct
Due to technical reasons, we have temporarily removed commenting from our articles. We hope to have this fixed soon. Thank you for your patience. If you are looking to give feedback on our new site, please send it along to feedback@globeandmail.com. If you want to write a letter to the editor, please forward to letters@globeandmail.com.
Comments