Toronto Mayor Rob Ford is pushing for a three-year budget plan that would freeze property taxes and garbage fees while building new arenas and pools in partnership with the private sector, a move that could help him seize back the agenda and lay the groundwork for his re-election bid.

A confidential draft of the mayor's "budget guidance" letter to the city's top bureaucrat recommends residential property-tax increases of no more than 1.75 per cent in 2013 and zero in 2014 and 2015, coupled with a three-year freeze in business property taxes.

The unfinished letter, obtained by The Globe and Mail, even floats the idea of cutting the business rate by half a percentage point in 2015.

"We will adopt a philosophy that tax rate increases are the last resort, never the first choice – and, if approved, tax increases should normally be used only to enhance the service benefit residents receive," Mr. Ford writes in the four-page document.

A final version has yet to be delivered to city manager Joe Pennachetti, who isn't technically obligated to follow the mayor's advice when he crafts the next budget.

If Mr. Pennachetti puts up any resistance behind closed doors, it would likely pale in comparison to opposition from a council that reversed most of Mr. Ford's controversial spending cuts in January after a "core service" review failed to turn up much gravy.

Since then, council has dealt Mr. Ford blow after blow, prompting him to start campaigning informally for the next election in 2014.

"What he's trying to do is say to councillors, 'I'm running on this. Go ahead, come and get me,'" said Councillor Shelley Carroll, a former budget chief who is considering challenging Mr. Ford in 2014.

Myer Siemyaticki, a municipal politics expert at Ryerson University, said the mayor's proposal "certainly seems to be an early start on the next campaign."

"A [property tax]freeze unduly and artificially reduces revenue to the city," he added. "It's short-sighted."

The letter makes no mention of reducing or eliminating the land-transfer tax, a key plank in Mr. Ford's 2010 platform.

The tax on real-estate transactions helped the city turn a $292-million surplus in 2011, a final number scheduled to be made public on Monday.

A city hall source confirmed to The Globe on Friday that the surplus is $138-million higher than the $154-million forecast council was working with at the budget vote in January.

Councillor Denzil Minnan-Wong, a member of the mayor's executive committee, said in an interview that the surplus is mostly thanks to higher-than-expected land-transfer revenue and savings in city departments.

"It's a great windfall," he said. "It's a reflection of a new culture."

Mr. Minnan-Wong joined Mr. Ford on his weekly radio show on Sunday, where a feistier-than-usual mayor celebrated the surplus, most of which will go towards replacing the TTC's aging streetcar fleet.

The 2011 surplus is actually smaller than in recent years.

The surpluses have some, including Ms. Carroll, asking whether future estimates shouldn't be re-calibrated so some of that money is classified as sustainable funding, not a one-time surprise.

"We keep cutting the things we do because we're told we don't have much money," she said.

That rings true for Councillor Sarah Doucette, who has led a successful volunteer fundraising drive to keep open the High Park Zoo – which lost its $227,000 annual operating support from the city in this year's budget.

"Why, knowing we have a surplus every year, did the whole budget seem to be cut, cut, cut?" she asked.

In his draft letter to the city manager, Mr. Ford advises against "one time draws from reserves or surplus funds."

Instead, he suggests the city adopt a strategy to increase assessment growth – the number of new housing units added to the property-tax rolls annually – to cover the inflationary increase to the city's budget every year.

The letter advocates new spending too, mostly on capital projects.

As part of a program tentatively titled "Fit for 15" – as in 2015 – the letter calls for the building of new arenas, swimming pools and community centres in partnership with private or non-profit operators.

The number of new facilities has been left blank and marked with a note saying the figure is still to be confirmed. The letter also proposes a three-year freeze on fees for curb-side garbage collection.

While the mayor's call for a three-year operating plan would allow the municipal government to plan ahead, council would still have to set the property-tax rate annually.

"This is the problem with Rob [Ford,] said Ms. Carroll, a supporter of longer-term budget planning. "He'll always take good ideas and use them for evil." 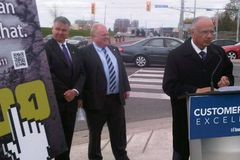 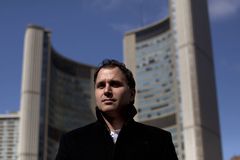 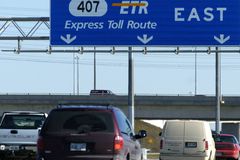 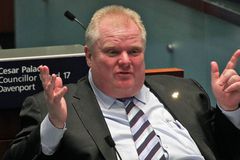 74% in Toronto area support small sales tax hike if money goes to transit: poll
April 18, 2012
Follow Kelly Grant on Twitter @kellygrant1
Report an error Editorial code of conduct
Due to technical reasons, we have temporarily removed commenting from our articles. We hope to have this fixed soon. Thank you for your patience. If you are looking to give feedback on our new site, please send it along to feedback@globeandmail.com. If you want to write a letter to the editor, please forward to letters@globeandmail.com.
Comments