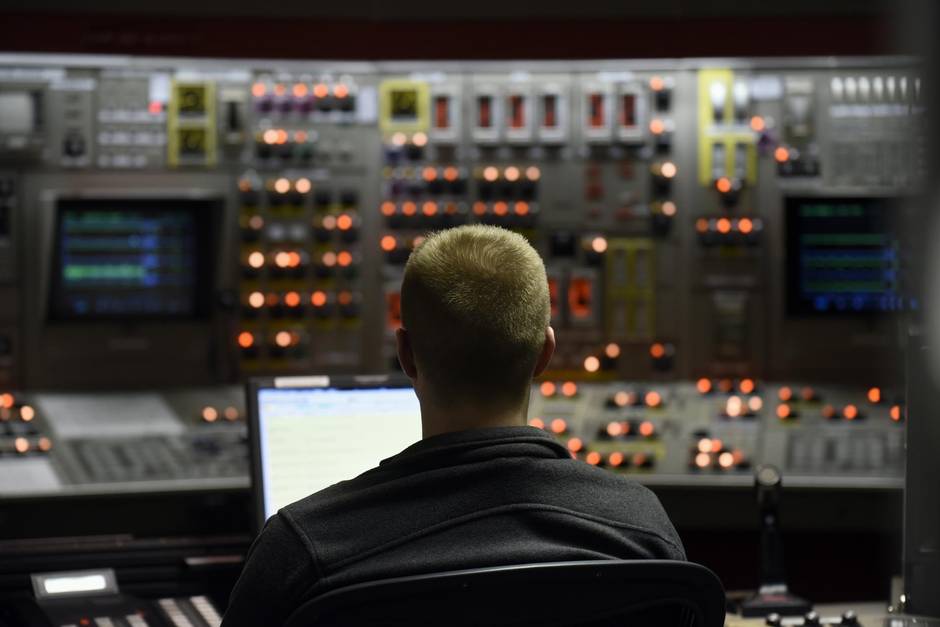 Inside the control room at the Darlington Nuclear Generating Station in Clarington, Ont., photographed during a tour on Feb 11 2016. (Fred Lum/The Globe and Mail)

Toronto is a nuclear city. The power that keeps its nighttime skyline twinkling, its streetcars trundling, its bank machines churning, its smartphones pinging, its nightclubs throbbing, its hair dryers blasting, its hot tubs steaming, its skating rinks frozen and its softball fields lit on warm summer nights comes in large part from nuclear energy.

About 60 per cent of the electricity generated in Ontario comes from nuclear. About half of that comes from two huge plants, Pickering and Darlington, that sit on the Lake Ontario shore just east of the city, quietly splitting atoms and throwing off huge quantities of clean, reliable energy round the clock. 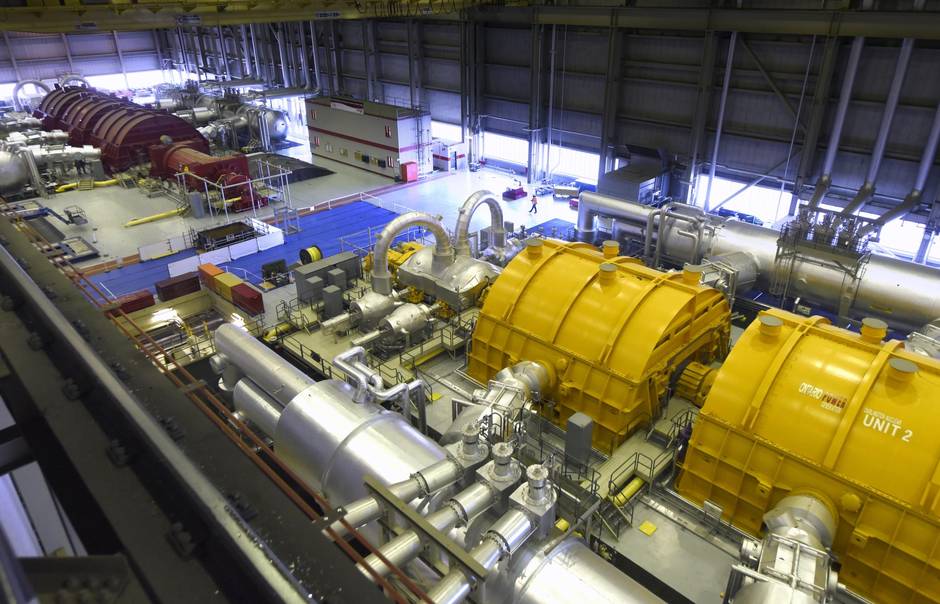 Darlington Nuclear Unit 2 (right) will be the first reactor to be worked on in the Darlington Refurbishment Project, slated to begin later this year. (Fred Lum/The Globe and Mail)

Torontonians barely give a thought to this inconvenient truth. Many are squeamish about the whole idea of nuclear energy, which summons up words like Chernobyl and Fukushima. Well, they had better get used to it. Like it or not, Toronto is going to rely on the atom for the lion’s share of its energy well into the foreseeable future.

We have all but run out of rushing rivers and roaring waterfalls to dam for power. Burning coal is no longer an option. The provincial government sensibly closed Ontario’s greenhouse gas-belching, coal-fired power plants. Natural gas has taken up some of the slack, but its price is volatile and it produces greenhouse gases, too.

Hopes that renewables will come to the rescue are pie in the sky. Wind, solar and bioenergy still account for just 9 per cent of Ontario’s electricity output despite the provincial government’s bungled, vastly expensive effort to promote them. 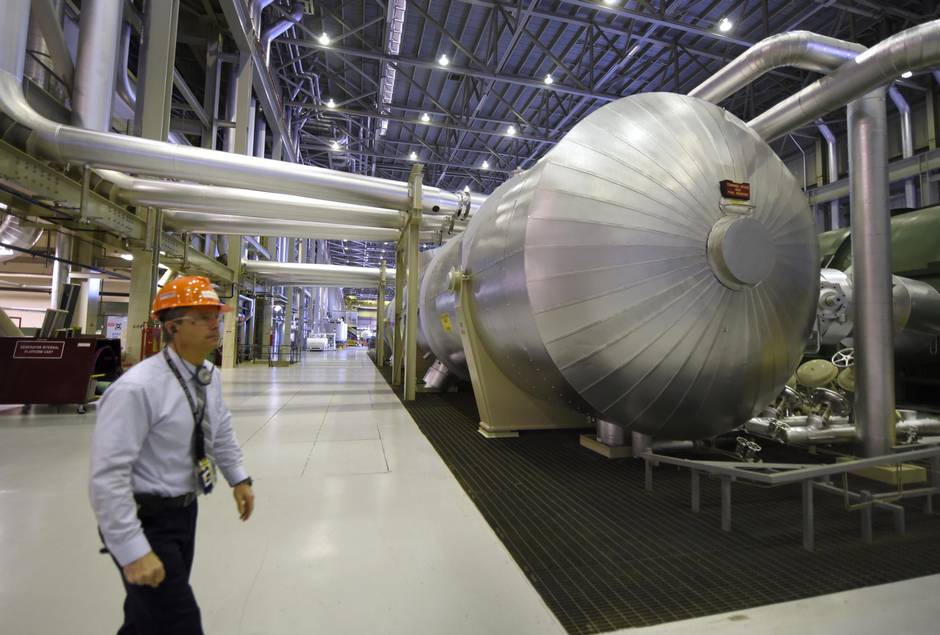 That leaves good old nuclear, the steady workhorse of Ontario power generation. It doesn’t foul the air or water. It doesn’t rely on blocking natural waterways. It doesn’t burn fossil fuels, a big plus when Canada is trying to improve its lacklustre performance on climate change.

Unlike solar and wind, which stop generating power when the sun doesn’t shine or wind doesn’t blow, nuclear keeps on giving day and night. “We are chugging along all the time – flat-out, 100 per cent,” says the boss of the Darlington facility, Brian Duncan. “Car, tractor or nuclear plant – no machine likes to sit still. They like to run.”

A big man with a bristling moustache and a boyish enthusiasm for his trade, Mr. Duncan presides over four nuclear reactors that together churn out 20 per cent of Ontario’s power, enough to supply a city of two million. 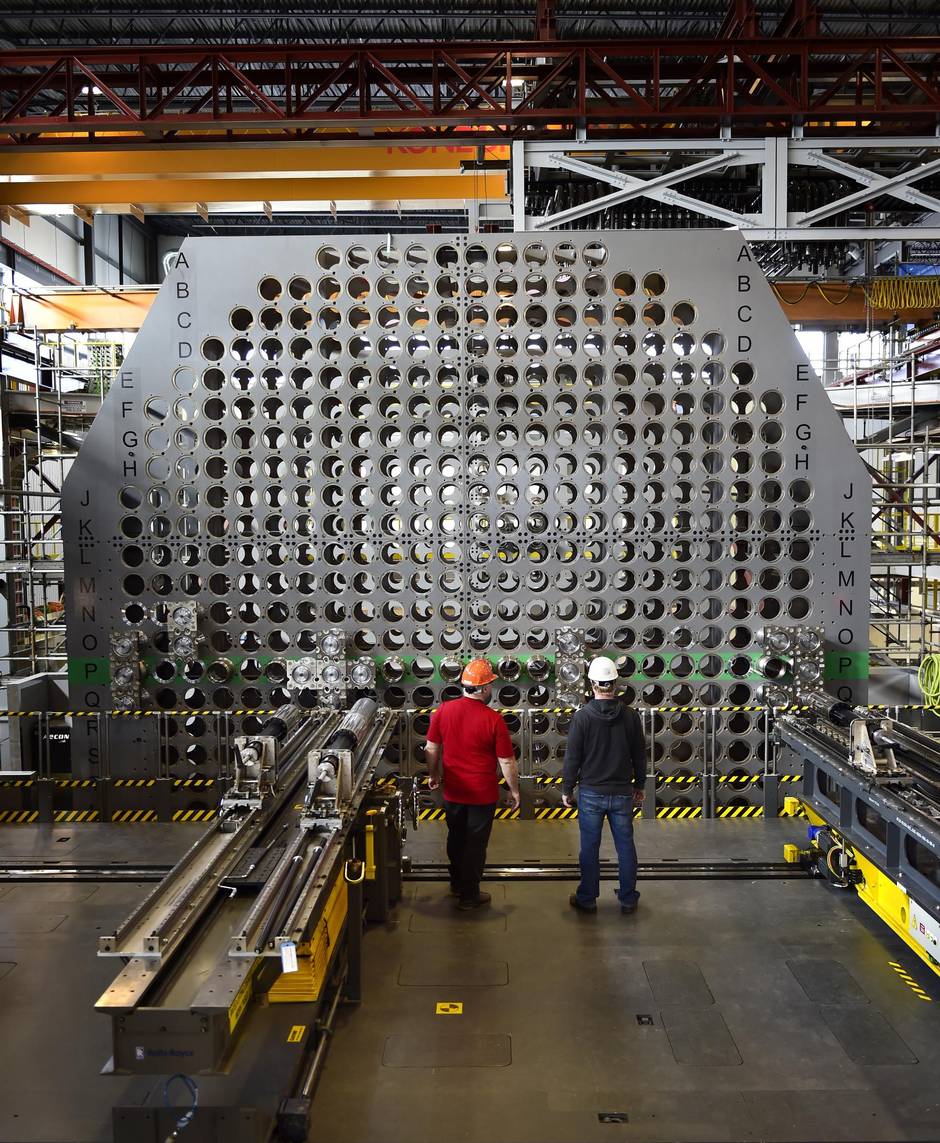 The training facility mock up calandria (that contains 480 fuel channels and 6240 bundles of uranium fuel) will allow workers to rehearse repairs before starting actual work on the offline reactor. (Fred Lum/The Globe and Mail)

The made-in-Canada Candu reactors live inside thick concrete walls designed to contain radiation. Each holds 480 fuel channels. Each of those is filled with bundles of metal tubes housing pellets of uranium. A 20-gram pellet about the size of foam ear plug has the energy potential of 410 litres of oil.

“When I’m splitting atoms,” he explains, “I’m creating a lot of heat.” To simplify: Fission makes heat, heat makes steam and steam drives turbines. Mr. Duncan asks a visitor to imagine a blast of air turning the blades of a fan, instead of the blades of the fan creating a blast of air. That’s how steam makes the turbines whir. 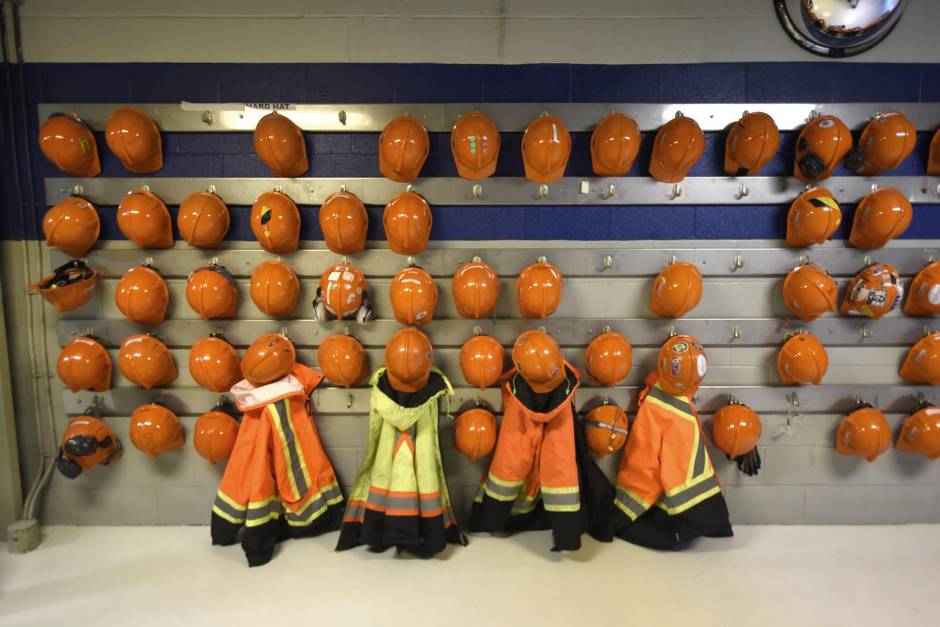 A wall of safety helmets and other PPE (personal protective equipment) at the Darlington Nuclear Generating Station in Clarington, Ont. (Fred Lum/The Globe and Mail)

Stand on the floor of the vast Darlington turbine hall, the size of seven football fields, and you can feel the vibration coming up through soles of your feet as they rotate at 1,800 revolutions per minute. Each of the four turbines makes about half as much juice as Niagara Falls.

The trouble with nuclear is that, though it produces dependable power at a competitive price, the plants cost a fortune. Authorities plan to spend a staggering $12.8-billion on a decade-long effort to refurbish Darlington so they can keep it running for another 30 years. Workers are already practising the rebuild on a mock-up of a reactor face.

Then there is the issue of what to do with the radioactive waste. Darlington keeps its spent fuel in two water-filled pools. The water is such a good shield that a person could walk around the edge of it like a lifeguard at a rec centre (though I don’t volunteer). Later the fuel will go into storage containers for eventual burial. 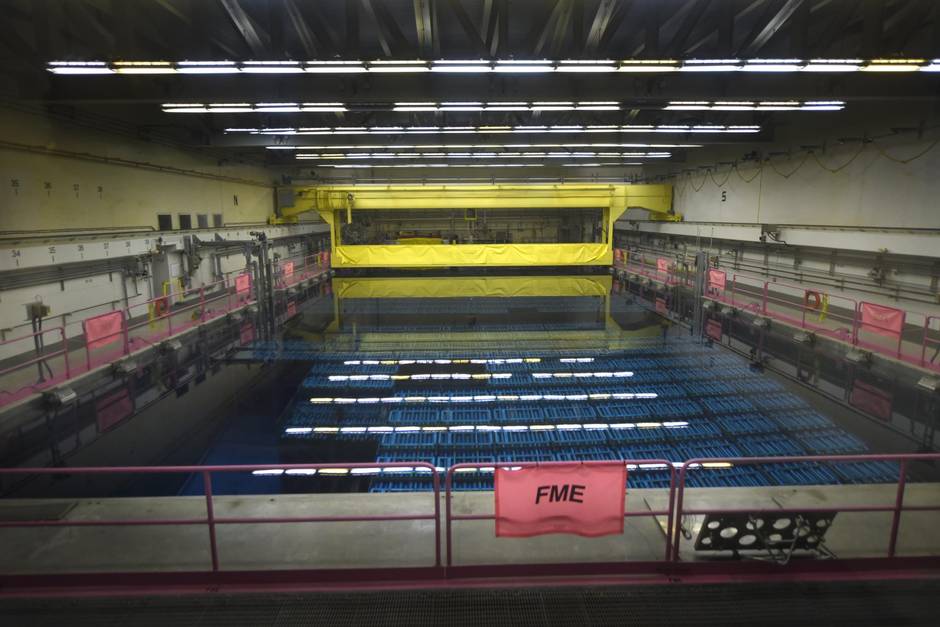 An Irradiated Fuel Bay at The Darlington Nuclear Generating Station in Clarington, Ont. is photographed during a tour on Feb 11 2016. (Fred Lum/The Globe and Mail)

Elsewhere, nuclear is in trouble. Financial, environmental and safety concerns have hurt the industry, at least in wealthy countries. Germany is phasing out nuclear by 2022. France wants to cut nuclear’s share of electricity generation to 50 per cent from the current 75 per cent within 10 years.

In Ontario, by contrast, nuclear’s share of total power generation has been rising since the turn of the century.

Torontonians can deplore that fact if they are so inclined. Or they can choose to ignore it when they flip the light switch. Either way, Toronto is and will long remain a nuclear city.